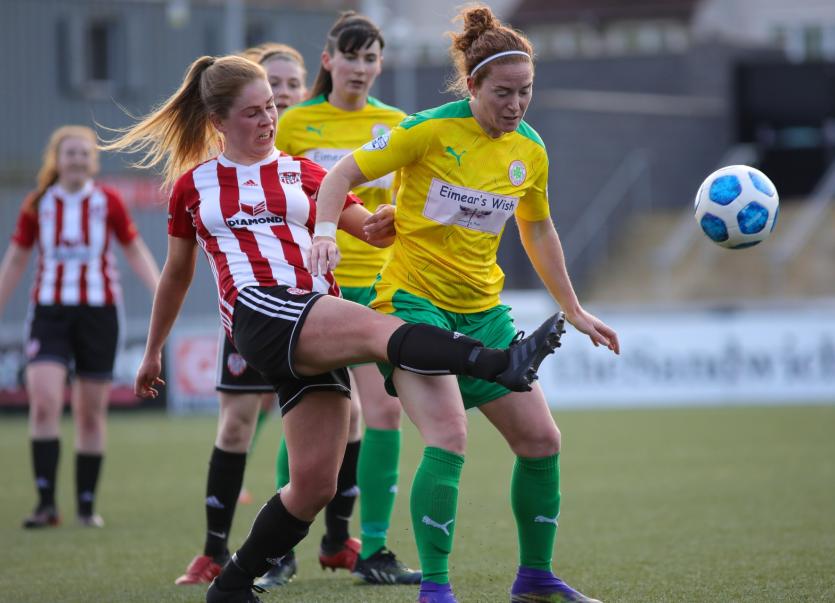 Cliftonville deservedly left the Brandywell last night with all three points on the opening night of the 2021 Danske Bank Women’s Premier Division season.

Two goals either side of half time was a fair reflection of the game overall.

Cliftonville started the better and gained their rewards on 11 minutes, as Marissa Callaghan rounded the Derry keeper to open the scoring.

Northern Ireland International Caitlin McGuiness should have done better on 22 minutes, pushing her shot past the far post.

As the half progressed, Derry grew in confidence and Paula McGrory could only watch in agony as her right foot shot went wide of the Cliftonville goal after half an hour.

On 39 minutes, Caitlin McGuiness made amends for Cliftonville with a brave far post header that made it two nil at the break.

The game was over as a contest on 50 minutes, as the influential Niamh Connolly added her first of the night.

A second was added on 61 minutes before being denied her hat-trick on 72minutes. The linesman adjudged Kirsty McGuiness’s deft through ball to be offside.

Only a superb save by Friel in the Derry goal kept Cliftonville at bay on 81minutes, as it looked certain that Kirsty McGuiness would open her account for the season.

Overall Derry made it an entertaining contest but are still in search of a first league goal in 14 fixtures.