City of Derry Spartan Conor Bradley the focus of film 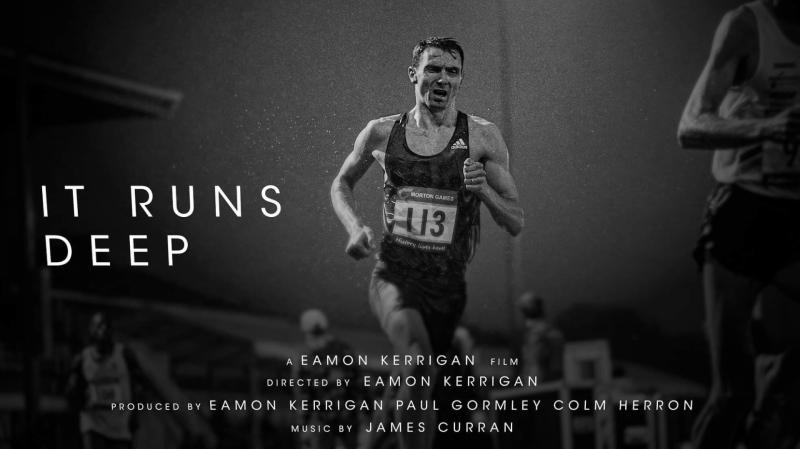 Conor Bradley is the focus of a new documentary film

The much-anticipated documentary film, starring City of Derry Spartan Conor Bradley is now available online.
'It Runs Deep' has been two years in the making and is a story of passion, dedication and overcoming setbacks in the ultra-competitive world of athletics.
While Bradley is the focus of the film, it also highlights the success of Irish athletics at the European Cross Country Championships in Lisbon in 2019.
Director and producer Eamon Kerrigan, alongside a group of talented Derry men and women, has revealed that the interest in the film has grown significantly in recent months, which has been a pleasant surprise for those who have worked hard to makie it a reality.
"When you go to festivals you try and get interest and get an audience but we quickly realised after we put some things online that the audience was already there for the film and strongly so," he said.
"We were applying also for a film festival in Europe and the European Athletics Association actually emailed us and gave us amazing feedback about the film and gave us their support.
"Since then we've been supported on social media by Athletics Ireland and Northern Ireland Athletics. We have seen athletes and athletics fans across Twitter tweeting and retweeting, and it's been shared so much on Facebook. It has been an amazing journey."
Spartan Bradley is seen as one of the most talented athletes to come from the city in recent years. He ran the 2020 Barcelona Half-Marathon in a time of 65:35, and who starred at the 2019 Morton Games in Dublin, running a spectacular time of 13:56 in the 5000m. He has been running competitively since he was 13 and has represented Ireland in multiple events over recent years.
Once Eamon, and fellow producer Paul Gormley decided to focus more locally, they were pointed in Conor's direction, and the first seeds of 'It Runs Deep' were planted.
"It all started back in Vienna when we went to see Eliud Kipchoge run," he explained. "We wanted to make a documentary but when we were at that global stage we felt that we wanted to make something more at home and tell a local story. We felt that because it was the first documentary, it was the best place to start.
"Conor's was a story that had to be told. That summer of 2019 was really a showcase of the talent and the passion that's always been there. With that we unveiled the amazing success that Ireland had in Lisbon 2019, so we really expand upon that. Ultimately it's just a showcase of the talent that we have in our Track & Field here in Ireland, on the local level, on the national level and on the international level."

Released today
The film makes its big premiere today on YouTube, and is sure to capture the imagination of those on the local running scene and beyond. However, having already received support and encouragement from across the board, Eamon and his team, who have poured everything into this documentary for two years, are confident that it will resonate beyond the world of athletics also.
"The overwhelming support that we have been given so far, not just locally, but around the country has been amazing," he added. "It has been very collaborative and it has been beautiful to capture a story within the world of athletics and we're really looking forward to sharing it. Hopefully it resonates not just with athletics fans but hopefully sports fans and people who are interested in story telling in general, a story of patience and endurance, both on the creative side and on the athletics side."

For those wishing to view the documentary film, simply visit YouTube and search for "It Runs Deep' documentary".