Derry City legends back Toal to succeed as new captain

Hutton, McCallion, Kelly and McChrystal all behind Eoin 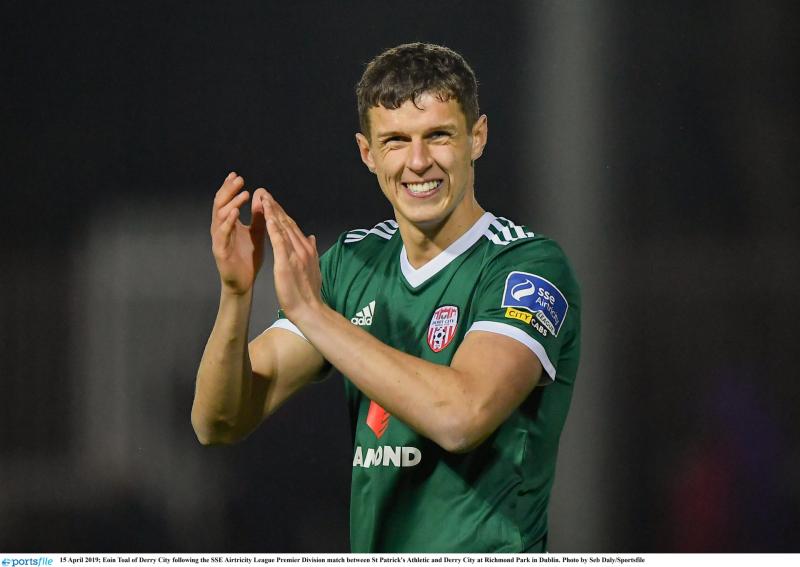 With over 1,500 appearances between them combined, a host of Derry City legends have overwhelmingly backed Eoin Toal as the best possible choice as new club captain heading into the 2021 season.

Peter Hutton, Eddie McCallion, Darren Kelly and Mark McChrystal have all represented Derry City over the past 25 years and each knows what qualities are needed for a player to be given the captain’s armband.

Hutton - ‘Eoin has the attributes to be a top player’

Declan Devine’s choice is backed wholeheartedly by the club’s record appearance holder Peter Hutton, who, with 663 appearances, knows exactly what is required at the Brandywell.

“I go to most of the games and I’ve seen Eoin progress,” he said.

“When he came in at the start you could see that he was a wee bit raw, and he was young and naïve at time. But, particularly in the position he plays, he’ll only get better with experience and his reading of the game. He’s obviously deceptively quick for a tall young centre-half so he’s able to get back so that if he does make a mistake, he can recover fairly quickly.

“He has all the right attributes to be a top player. I think he had a very good season last season. I now he had to play with a few different partners, but him and McJannett did well at times. It’s a big season for him and I think he’ll establish himself even more so. He’ll just have to learn his trade. He’s still a young man playing as a centre-half and he’ll only improve with experience.”

Kelly - ‘Eoin’s education will be important’

Darren Kelly made 227 appearances over two different spells for the club, enjoyed a good career in England based on his development at the Brandywell and he put his success down to the learning he got whilst with Derry.

“I watched Eoin in a few games last season and he’s a young lad in quite a young team,” he said.

“I was very lucky and very privileged in my Derry City education where I played with the likes of Peter Hutton, Paul Curran, Gavin Dykes and Stuart Gauld. I learned I think from the best centre-backs in Derry. It was almost a gradual process, I was a young lad in there, I was a 15-year-old in training with these players.

“At the time I took on board what they said but I was still a young lad, and you realise more now how important that education was. I was very blessed and hopefully there is someone there who can help Eoin within that process, and help him come on.

“It’s very, very important when you’re playing centre-back that you have somebody beside you who can complement you and can effectively help you develop and progress. That’s very important, and obviously there’s the likes of Mark McChrystal there so he can get a fantastic education from players like him.” 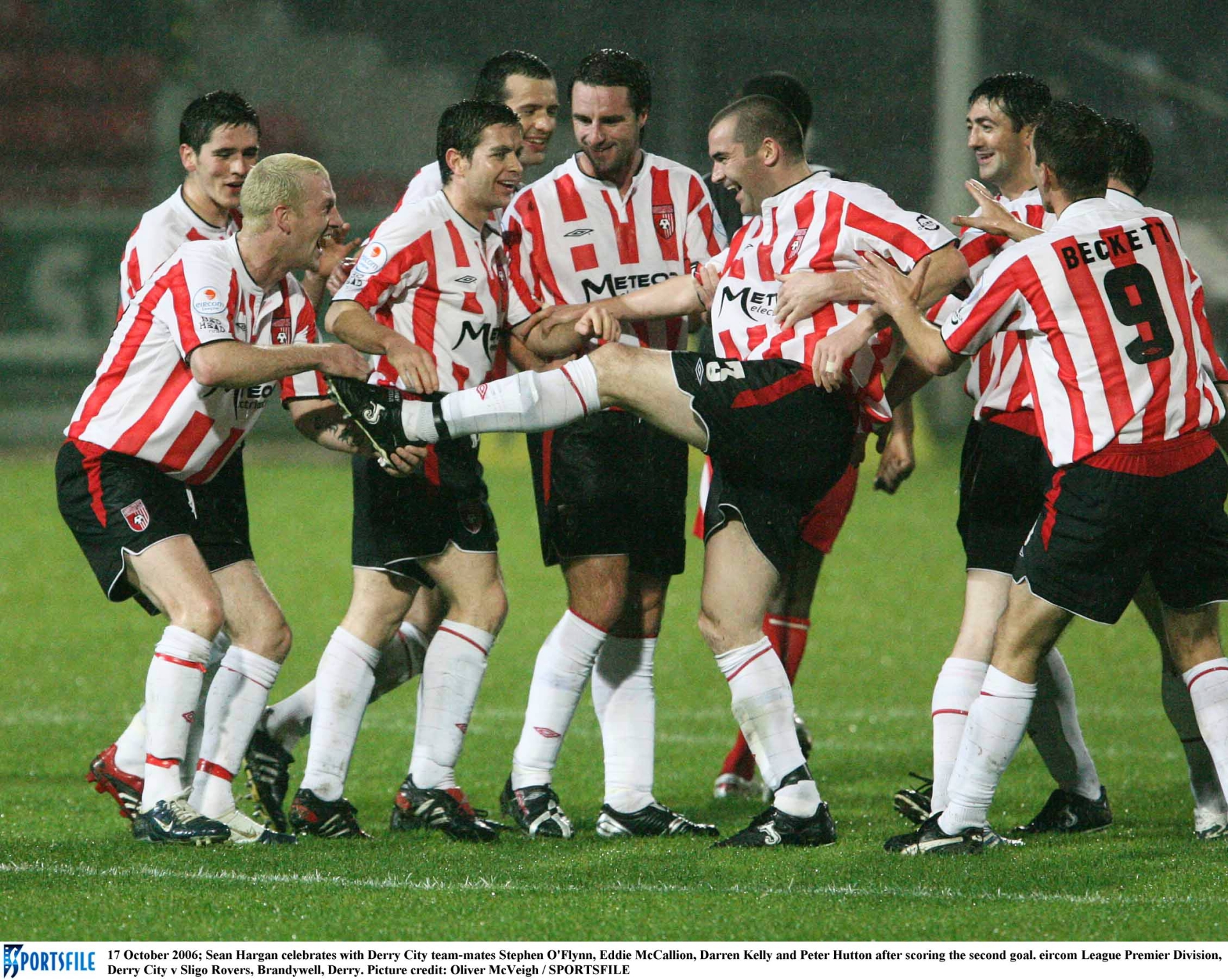 Club legend and former captain Eddie McCallion, who, with 537 games, is second only to Peter Hutton in all-time appearances for Derry City, agrees with the decision to give the captain’s armband to a younger player who knows what it means to represent the club.

“Eoin has done well for Derry. He is highly regarded and he's definitely coming on all the time. He is a young player but he has done well and he’s been there a few years now.

“He has done well last year and he's developing. Derry won't want to lose him so it would definitely help making him captain.

“It will be a big year for him and the opportunity is there because it is a small squad and they all need to be buying into what is going on and working hard.

“There are going to be ups and downs and it will be a big learning curve but the opportunity is there to go and play and to express himself.

"Some players thrive on responsibility. It's sink or swim. Some embrace it and others don't and I don't think it would be a problem.”

McChrystal - ‘Eoin has really grown into his position’

Mark McChrystal has had the opportunity to work alongside Eoin Toal in recent years and has had the satisfaction of watching the young defender mature into a fantastic player.

“It has probably helped that he is playing week in and week out at such a young age at centre-half, which doesn’t tend to normally happen. He has really grown into the position and in the last two seasons he has been really strong. Eoin just keeps getting better and he has that desire to get better.

“He has been a consistent performer over the last two years so people would look at that and talk about him as captain material. It’s a massive boost for him.”