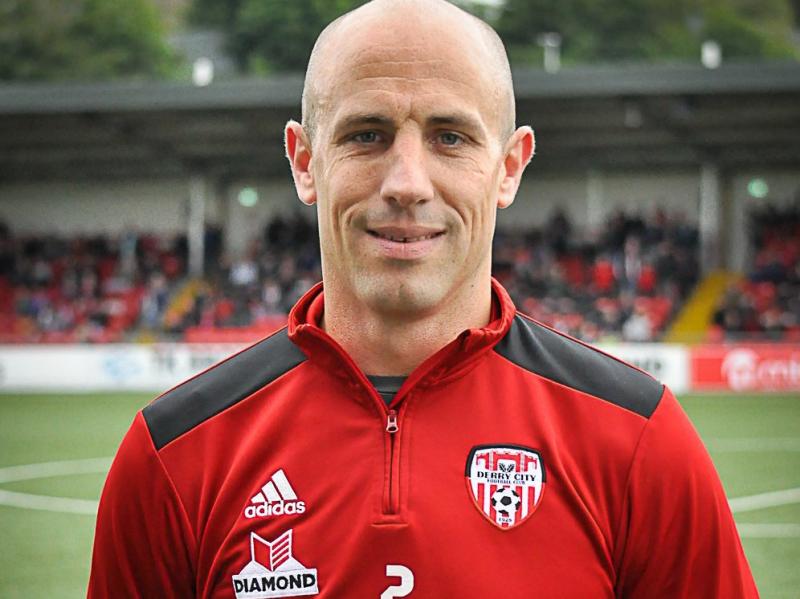 Mark McChrystal will remain registered as a player, but will focus on coaching.

Derry City have added two new names to the senior coaching panel for the forthcoming season, with Mark McChrystal and Conor Loughrey coming on board.

Experienced defender McChrystal, who will remain registered as a player, has made just five appearances in the first team in the past two seasons, but has been an important part of the club as he switched his focus to coaching the club's underage set-up.

The 36-year old is in his third season back at the Brandywell after a distinguished career in England and Scotland as well as spells on both sides of the Irish border.

“Mark has played at the top level and brings a wealth of experience to the club” he said.

“He is very highly regarded by players and staff alike and he has been helping me out even during the latter stages of last season.”

“Obviously he was heavily involved coaching in the underage set-up so it’s a natural progression to bring him permanently into the first team role.”
“Mark has come through the ranks here both as a player and a coach and is currently registered on the pro-licence course.”

“He already brings so much to the club with his experience and professionalism and he has a huge future ahead of him in this role.”

“I’m delighted to be able to bring in someone of Mark’s calibre and knowing how passionate he is about his work and the club, it was a no-brainer to move him into this role.”

“We will also be adding Conor Loughrey to the first team coaching panel this season.”

“I have worked with Conor in the International underage set-up in the past and know how good he is.”

“Conor will really benefit from this new role and he is someone we’re really looking forward to seeing progress with the extra responsibility.”