Liam Coyle backs local striker to be a success again 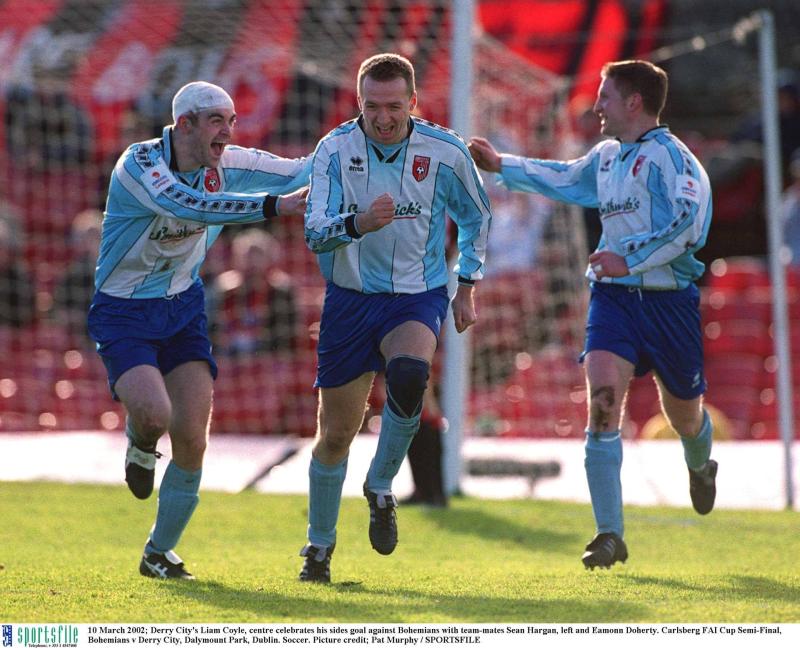 Liam Coyle knows a thing or two about finding the net with Derry City.

Liam Coyle has no doubt that David Parkhouse can replicate the success he enjoyed at Derry City in 2019, but believes that the young striker should not have to carry the goal-scoring burden all by himself.

Coyle, who scored 112 goals for the Candystripes, burst onto the scene as a teenager with 17 goals in his debut season back in 1988/89. Still a regular at the Brandywell as a co-commentator with Radio Foyle, the former talismanic forward watched as Parkhouse hit the ground running his first season in senior football in 2019.

Then only 19-years-old, Parkhouse scored 19 goals in a memorable season for the club which saw them reach the EA Sports League Cup final and qualify for European football. Parkhouse arrived on loan from Sheffield United, and scored in front of a packed Brandywell on his debut against UCD, just one of many highlights for the teenager. As well as scoring twice against Finn Harps on a memorable night in Ballybofey, Parkhouse also scored 4 in one game against Waterford in the EA Sports Cup semi-final, as well as a goal in the final against Dundalk.

He has now returned to the Brandywell on a three-year deal from Sheffield United, and fans are excited to see him replicate his 2019 form, especially after enduring a disappointing season last year, when City’s top scorers were James Akintunde and Walter Figueira, both with four goals apiece.

“He had a good signing here two years ago and he proved himself that he’s a good, capable, League of Ireland player. The fact that he’s also a local and he gets the club is a big plus as well.

“He was an unknown quantity back then. Nobody really knew much about him. He was raw he was young and he took everybody by surprise. This season is going to be different. People will be a bit tuned into the way he plays, but the fact is he’s still young, he’s only 21, he’s still got a lot of football in him and the fact that he wants to come to Derry and he’s showing that desire and hunger to play here is a massive plus.”

Coyle has warned however that the 21-year-old will need support if he is to hit the same heights as he did in his debut campaign. In 2019, Jamie McDonagh, Barry McNamee and Junior Ogedi-Uzokwe created 30 assists between them whereas last season the top creators were Walter Figueira (5 assists) and Colm Horgan, Jack Malone and Ibrahim Meite (all with 3 assists).

“When you’re scoring goals and you’re playing up front, you’re always going to be the man that everybody looks to,” Coyle explained.

“You could see it last year that’s where Derry’s problems were. I think everybody is looking for someone to give them that lift.

“People forget though that two years ago he had Junior on one side and Jamie McDonagh on the other, and they provided a lot of ammunition and chances for him. Derry will have to get that kind of player and get a player of the same standard to not just score goals, but to make chances as well.” 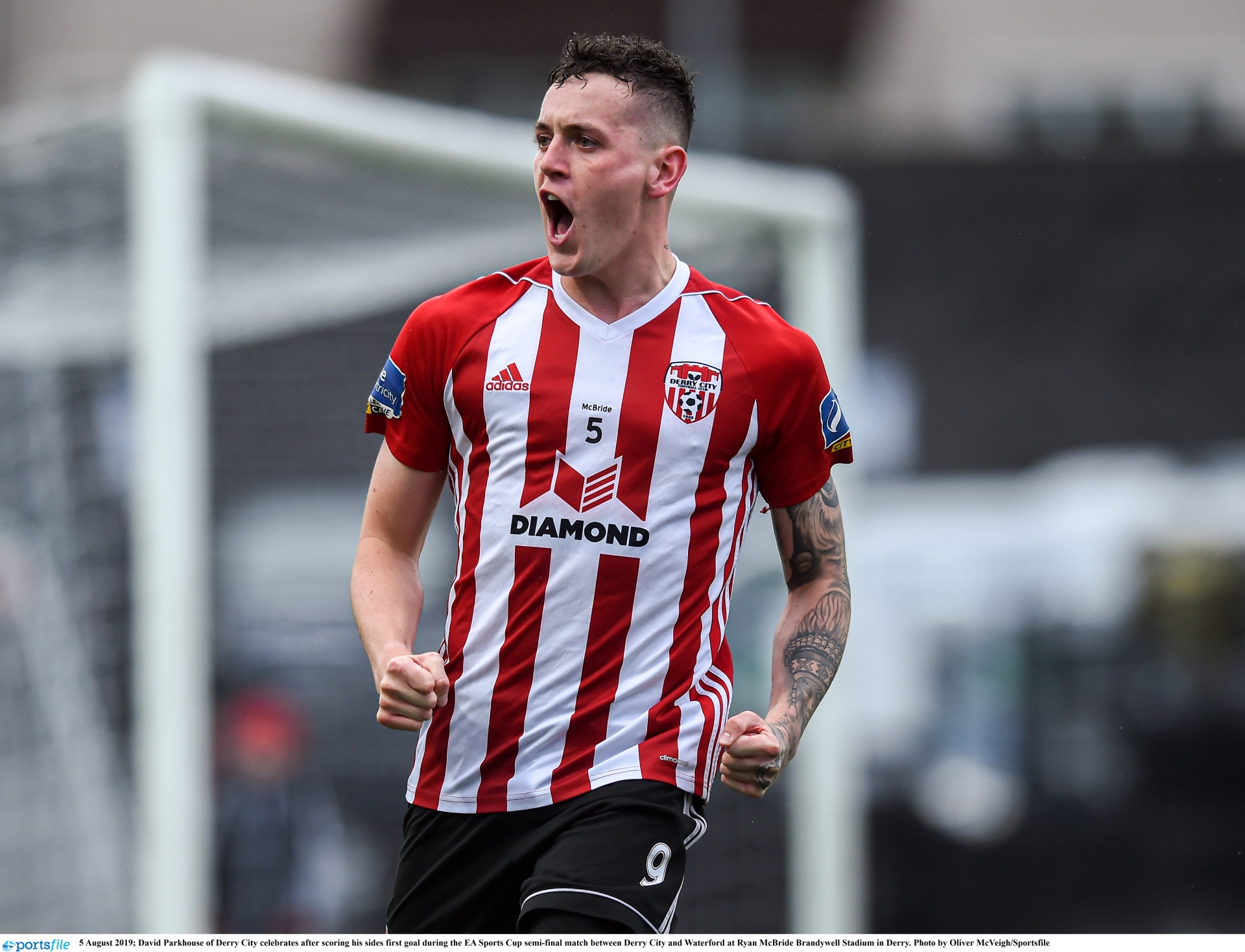 Coyle also believes that out and out strikers are a dying breed in the League of Ireland over the years, making the signing of Parkhouse a huge plus, as long as the club gets the players to complement that role.

“Strikers in the League of Ireland in the last five, six seven years, they’re dwindling, because of the style of play,” he continued.

“Even Shamrock Rovers – Aaron Greene and Graham Burke were playing up front for Shamrock Rovers, but they were pitching in goals from everywhere. They were not just relying on centre-forwards.

“I think the way the League of Ireland has changed over the last 10 years or so – it’s great having someone like Parky who might get you 15 goals a season, but they are few and far between now. So if you can get players around him who will create chances for him, he’ll win you more points than you’ll lose.”

The fact that Parkhouse has signed a three-year deal is significant for the club and the player and shows a commitment between both parties as the club attempts to rebuild yet again.

“The club have come in for a lot of stick over the last couple of years because they have signed so many players on short term contracts,” Coyle pointed out. “The fact that Parky is only 21 and he has made it known that he wants to go back to England as well, the club are not going to sign him on a one-year deal and then lose him. If he does well, they know there’s a chance they could sell him, so it was a no brainer for everyone at the club to give him a longer deal.

“Derry are on a sticky wicket at the minute because you look at Shamrock Rovers and Dundalk, especially Rovers winning their first league, it’s going to be hard for everyone to try and catch them when you see the calibre of players they are signing. Derry have to be shrewd and they have to be wise who they bring in and if it means going that wee bit further to give people two- or three-year contracts then they are going to have to do it.”