David Parkhouse back at Derry City on THREE-YEAR DEAL! 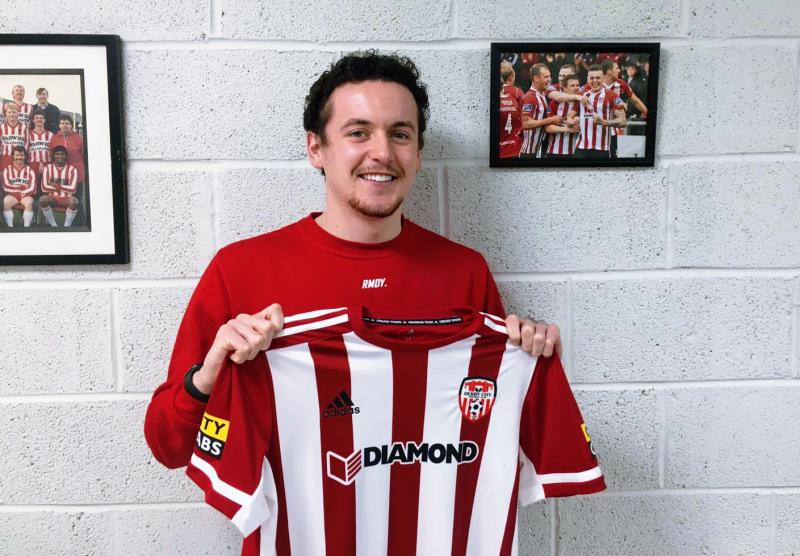 David Parkhouse is back at Derry City

David Parkhouse has returned to Derry City on a three-year deal.

The club have confirmed the news tonight, bringing the 21-year-old back to his home town club.

Parkhouse spent the entirety of the 2019 season at Derry City and finished as the club’s top scorer in his first season in senior football. He made 39 appearances in all competitions, and scoring 19 goals as well as chipping in with 5 assists.

The 21-year old has returned to his hometown club after a difficult year in England, which brought disappointing loan spells at both Stevenage and Hartlepool. He is eager to put that all behind him however as he focuses on hitting the heights he achieved with the Candystripes back in 2019.

“It’s something that was in the pipeline and I’m just glad that it’s over the line now,” he said.

“I know I had two loan moves and they didn’t work out quite how I would have liked them to, but that’s in the past now and I’ve signed a deal now with Derry and I want to go on and showcase myself now and go on and do the best I can for myself and the club and for my team mates.”

Parkhouse remains as ambitious as ever and having burst onto the scene at the Brandywell two years ago, he is hoping to have a similar impact to repay Declan Devine’s faith in him.

“The first time I was here I set out goals that I wanted to achieve and I never expected to do that well,” he explained.

“I went there originally to get a few games and a few goals and I came out of it with a bagful. I’m back again now and I just want to build on that first year. I know the club well, I know it inside out and I know where the club wants to be.

“Decky is arguably the best manager I’ve played under in my career. He is somebody I look up to. He has faith in me and he has shown that and I have faith in him in taking the club where it needs to go.”

Declan Devine is delighted to get his man.

“I’m delighted to be bringing David Parkhouse back to this club and I’m especially pleased that the player is happy to commit himself to Derry City for at least the next three years," he said.

“We’ve made no secret of the fact that we want the players who come here to know the club, know the league and be a good fit for Derry City and David brings that in spades.”

“Everybody at this football club knows what ‘Parky’ brings to the team. He has a real energy and tenacity in his approach to the game. He is well got by the players already here and it will be the same with new players coming in.”

“It was clear in our discussions with him that he wants to strive to get better and that is something we intend to do as a whole club.”