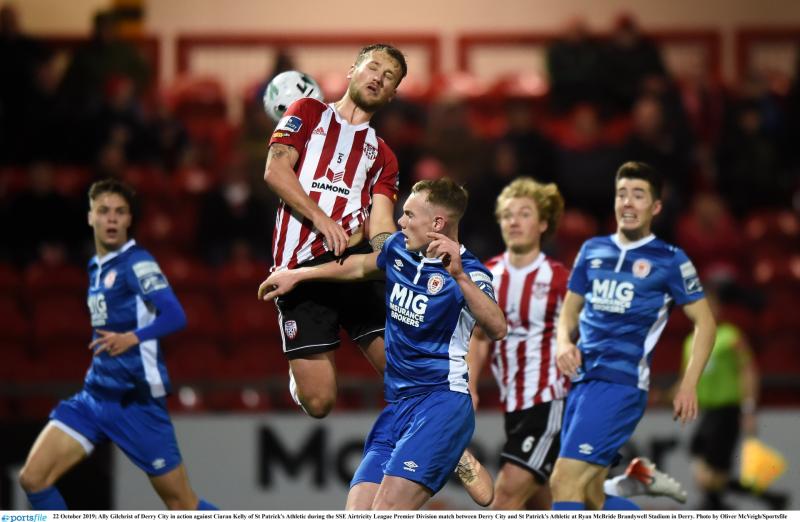 Ally Gilchrist has signed on at Tolka Park.

The defender, who played just 6 times for the Candystripes due to injury this past season, said he was delighted to join “a club with massive ambition”.

Gilchrist spent two years at the Brandywell, the first of which was memorable as he helped Derry City to an EA Sports League Cup fin al and European qualification. A broken foot this past summer ultimately ended his season prematurely however.

“I definitely felt wanted by the manager when he was explaining the plan to me. Having Alan Reynolds in can also only be good too,” Gilchrist said.

“You have to be looking at the club when joining and the big thing for me is that Shels have a good plan set out,” he added.

Ian Morris described his new signing as “a proper defender.”

“He’s aggressive, can organise and moves the ball well,” he said. “He is a real leader on and off the pitch.”

Shelbourne were relegated from the Premier Division this season after a play-off defeat to Longford.