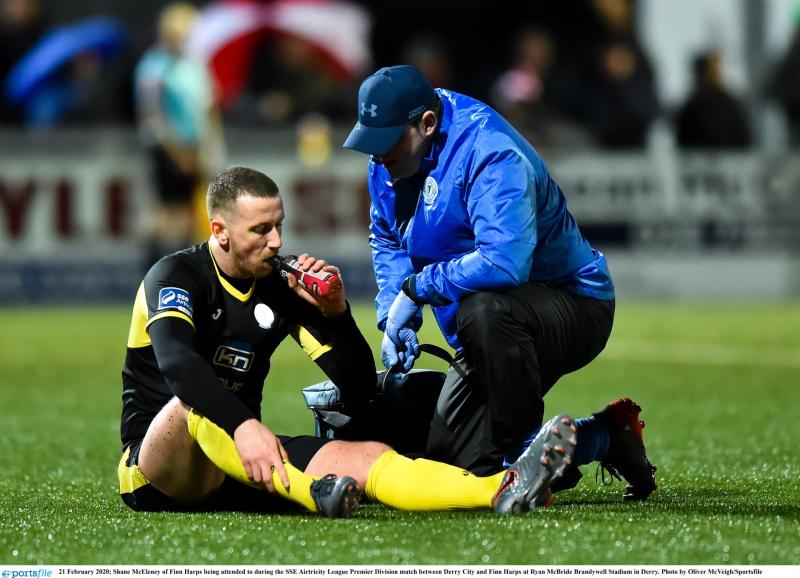 Shane McEleney is enjoying life as a Finn Harps player

Finn Harps have announced the re-signing of Shane McEleney for the 2021 season.

The defender becomes the third player to be confirmed for next season’s campaign after Barry McNamee and Mark Timlin.

McEleney made the switch from Larne to Ballybofey in January of this year and the Derry native was a major part of the Harps defence this season, appearing in all but one of the 18 league games in the shortened season.

“I’m happy to be back," he said. "I’ve really enjoyed my first season with the club, even if it was shorter than usual with everything going on. I have a lot of respect for Ollie and Paul and it’s been great to work under them.

"I’m looking forward to next year. I think we had a really good group this year and I’d love to see what we could do with a full season. Hopefully we can keep most of the squad together, add one or two new faces and see where we can go.”

Harps boss Ollie Horgan said; “Shane is a good lad and fits in well with what we want to do. He played a big role for us this season and we’ll need him again next year if we’re going to kick on to where we want to be. A special mention to the members of the 500club, whose support has meant we can get these lads tied down sooner and begin building for next season."