Parky determined to succeed as he settles in at Hartlepool 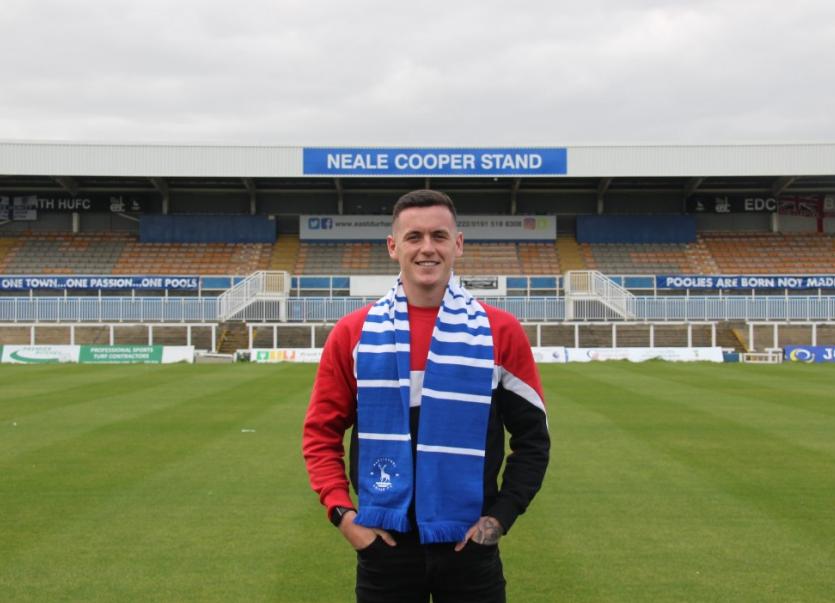 David Parkhouse will stay at Hartlepool United until January

David Parkhouse has described it as 'an honour' to join Hartlepool United and insisted he is there to show exactly what he's made of this season.
The 20-year old has joined the Pools on loan from Sheffield United until January 2021 and is determined to hit the ground running at Victoria Park.
Parkhouse has just returned from international duty where he scored in a Euro qualifier against Malta U21s and made an immediate impression for his new club, scoring in a 2-2 draw with Blyth Spartans over the weekend.
Hartlepool play in the National League, the fifth tier of English football, and after the Covid-19 induced break brought a premature end to his time at Stenvanage, Parkhouse is determined to make up for lost time.
“It's something that I've been looking forward to getting over the line and thankfully it's happened,” he said. “After seeing The Vic, I am even more excited than I ever was. I love to score goals and being a striker that's what I try to do and want to do.
“I do everything I can to help out the team because at the end of the day it's the three points that matters and anyway I can help I will. I'll try my best and if I can score goals here, that would be wonderful.”
Parkhouse scored 19 goals with Derry City last season before returning to England where he signed a new deal with Sheffield United. The striker is determined to make it at Bramall Lane, but knows that at this stage of career, first team football, on loan, is crucial for his development.
“There are a couple of players who I know who were at Hartlepool previously who had a good word on the club,” he continued.
“I know it's a big club and a brilliant footballing club. I've heard a lot about it and I've heard a lot about the manager and the way he likes to play football and it's just something that sounded good whenever it was put across to me. It's an honour to be here.
“I've heard a lot of things about the club and the fans was one of them. It's something that you need for a club to do well, a big support, and Hartlepool have it so hopefully we can get the fans in as soon as possible and hopefully I can geta  run out in front of them and show them what I can do.”
Manager Dave Challinor is hoping for big things from Parkhouse:
“We are delighted to get David in,” he said. “It is somewhere on the pitch we have been looking to strengthen and he provides us just that. He is a goal scorer and a U21 international so I believe he can do very well in this league.
“Getting goals is always going to be really important. Even when the league starts, to get that monkey off your back is important. David has only trained with us once and having watched a game already he will have seen some things in what we want from him but he'll get a full week with him now to go over those things we want him to do.
“There are plenty of positives and when we do get him to where we need to be, he has shown that he will get himself in areas to score goals. His record says he will score goals and I have no doubt that he will do that at the level we're playing at.”