Derry GAA club raises more than £3,000 in memory of young member who died of cancer 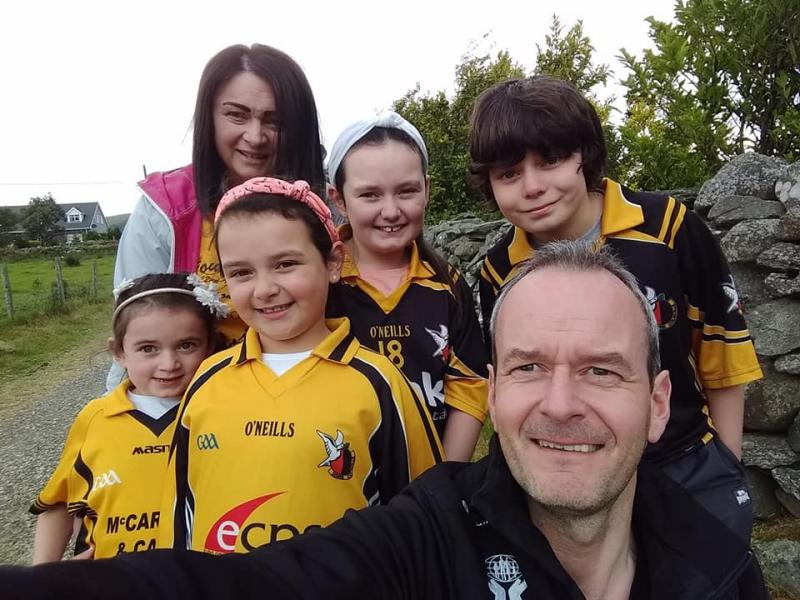 One of the families who took part in the weekend fundraiser.

Members of a Derry GAA club have raised more than £3,000 for a cancer charity in memory of a young member who died of the disease.

Caolán McCrossan was only 14 years-old when he died in 2016.

Caolán had been a popular member of the Doire Colmcille club and following his death the club set up an annual Under-14 tournament in his memory.

The Caolán McCrossan U14 commemorative blitz would usually have been held at this time of the year.

However, because of the coronavirus lockdown the tournament had to be cancelled.

The club, however, did not want the time to pass without remembering Caolán is some way.

Therefore, a 2km run/walk was held last Saturday in his memory.

The club said the event was staged with the support of Caolán's family.

All the money raised is to be donated to the CLIC SARGENT charity who were a great support to Caolán and his family when he was ill.

Around £3,300 has been raised through last weekend's event.

A spokesperson for the club thanked everyone who had supported the fundraiser.

The event was another example of local sports clubs pulling together during the coronavirus pandemic.

A new initiative has been launched to celebrate 'heroes' in local sports clubs.

Sportswear company O'Neills have stepped up to help celebrate the unsung local club heroes who have risen to the challenge to support their communities during the coronavirus crisis.

The O’Neills Sideline Heroes campaign will recognise and reward the trojan efforts of the volunteers at the fore of their local communities in the battle against COVID-19.