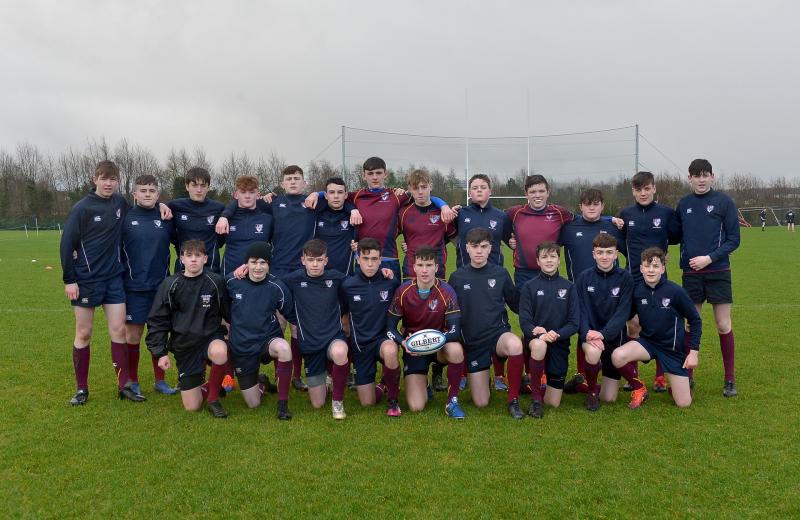 Too many mistakes in poor conditions seal Foyle College’s fourth round exit from the Danske Bank Medallion Shield losing 0-40 to a classy Campbell College side.
Campbell College Belfast are known as an elite team of Ulster Schools rugby, regularly playing across Ireland, England, Scotland & Wales. The First XV made their experience known at the Foyle College’s Limavady Road campus, dominating both halves with slick passing, clever footwork and powerful drives forward.
Foyle had been aiming to cause an upset as the odds of beating the superior Campbell College were stacked against them. Beating Carrick Grammar 5-0 at home in Round 3 of the competition, Foyle’s coaches Ally Ferguson and Neil Stewart will have relished the opportunity to challenge such a highly rated team in the fourth round tie.
Having taken Foyle’s players to Limerick to play against quality teams like Crescent College this year, they had logged an impressive win against Rainey earlier this season. Before the game, Foyle Director of Rugby, Paul O’Kane had highlighted the need to perform from the first whistle but it was not to be as Foyle conceded an unconverted try in the opening 5 minutes.
Despite this, Foyle still looked bright with their forwards dominating scrums in the opening stages albeit conceding possession too easily whilst passing out. Campbell College’s lock D. Harkin drove forward brilliantly utilising skilful footwork and Foyle heads dropped as Harkin brought the ball down in the centre of the try line allowing fly half M. Rae to easily convert, widening the score to 12 points.
A misunderstanding between two Foyle players resulted in a collision in collecting a Campbell drop kick and summed up the gulf in quality and experience between the two sides. Another brilliant run forward with slick hands from Campbell College saw centre L. Kenny score a converted try. Campbell College’s quality of passing was what allowed them to get forward so easily, despite Foyle gaining territory regularly, they were unable to match Campbell’s quality meaning they could not make the most of possession.
Driving forward 5 minutes before half time, Campbell’s centre M. Booth gained another try and fly half R. Rae once again confidently converted to bring the half time score to 0-33

Half Time 0-33
The heavens opened at half time to compound Foyle’s struggles but the squad looked undeterred lining up for the second half. It was in these opening stages that Campbell showcased their strength in a flurry of rucks and mauls, making the most of possession and flanker J. Jeffery scoring a decisive 5 points. It was the conversion of this try in the second half that sealed Foyle’s fate bringing a difference of 40 points and the score that would last the rest of the game.
Despite the away team’s D. Harkin and J. Jeffrey dominating rucks and winning possession it was then midway through the second half when the intensity of their drives forward dropped. Knowing there was little chance of Foyle coming back in the game Campbell College allowed Foyle to push forward, maintain possession and come closest to scoring the coveted points they so desperately searched for. 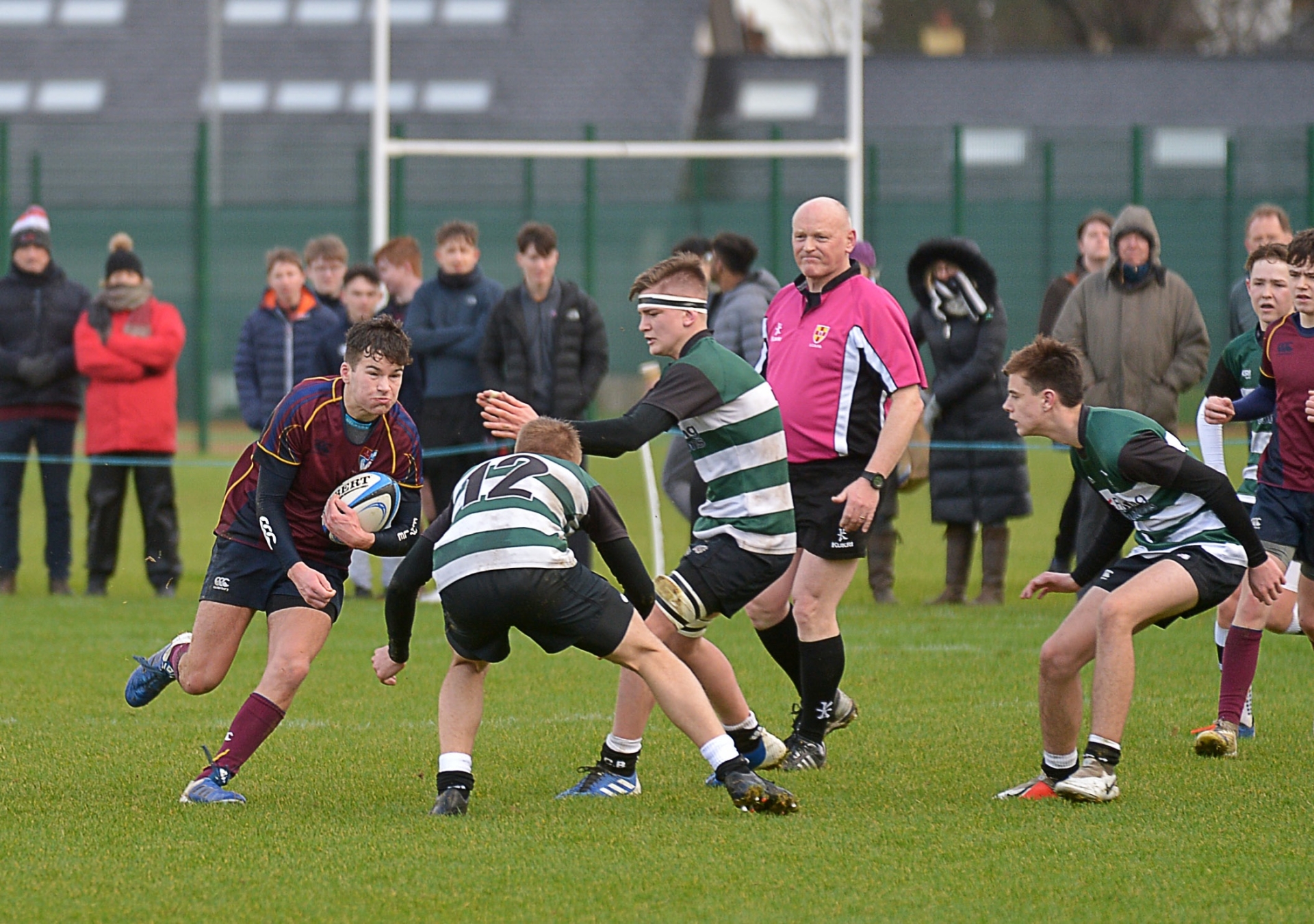 A rouse of the crowd and a succession of line outs close to Campbell’s try line saw tensions rise between the two teams, with a resulting ruck ending in flared tempers. The gain of territory and maintaining of possession from the penalising of a number of high tackles from Campbell College proved fruitless for Foyle however with the away side able to break the lines and push Foyle back into their own half.
The final whistle at 0-40 sealed Foyle’s fate with an exit from the Danske Medallion Shield but the players shouldn’t be too disheartened by the scoreline. This was a quality side they went up against in Campbell College with a wealth of experience to make the most of their dominance. Foyle Principal, Patrick Allen offered his commiserations to the team on social media stating he was, “proud of the commitment and determination shown by the boys.”
It will be an incredibly useful learning curve for Foyle who despite exiting the competition will take the tough lessons learned onto the rest of their season. They should eagerly look forward to facing Campbell College again in the future knowing first hand the quality of one of the best sides in the land.