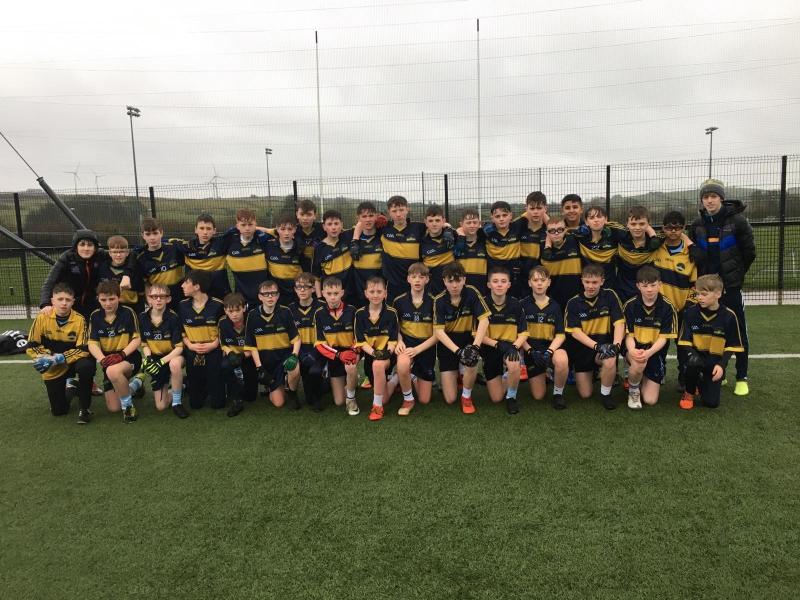 It is only the second time in its history that Lumen have won the competition but went into the final as favourites, having performed strongly throughout the competition.  They were 9-12 to 3-7 semi-final winners over over St Aidan's Derrylin 3-7

A strong and freezing wind combined with constant rain to make it very difficult for any decent football to be played.

However, to their credit, both sets of players did their best to put on an entertaining contest for the large crowd of supporters from both schools.

With the wind behind their backs, it was Inver College who started the game more positively.  The Monaghan side scored two points in the opening ten minutes.

Despite playing into the strong wind, Lumen refused to lie down and took the game to their opponents. 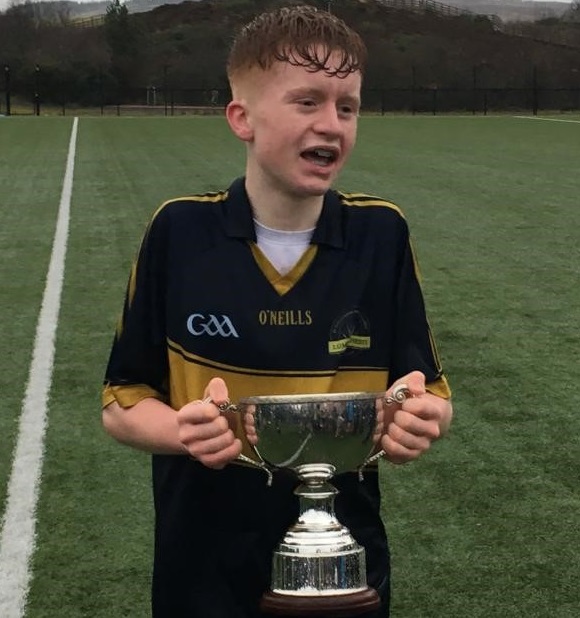 However, clear cut chances were at a premium as the game often got bogged down around the midfield area as players were hesitant to kick it long because of the windy conditions.

As the half wore on, Lumen were definitely the stronger side but had yet to convert that supremacy into scores.  However, shortly before the half-time break, they got the breakthrough that they deserved.

After some neat passing in the half forward line, midfielder Flionn McLaughlin broke through the Inver full back line and smashed the ball into the net, leaving the half-time score at 1-0 to 0-2 in favour of the Derry team.

As the second-half got underway, Lumen would have been hoping to take advantage of the wind and they quickly went about doing to.

Two points from Cathal Deery opened up a three-point gap and it looked like Lumen were getting ready to finish off their opponents.

However, the game then swung on a pivotal moment.  Inver were awarded a penalty and a goal would've levelled the game but the Inver penalty taker crashed his shot off the post.

It was the boost Lumen needed but the next score was crucial and it soon arrived in Lumen’s favour through another well-taken goal from Flionn McLaughlin.

His fellow midfielder Eoin Canavan then got in on the act, scoring a goal and a point to open up a comfortable lead for Lumen.
Inver, to their credit, never gave up and continued battling in the closing stages.

However, they were unable to register any more scores and Lumen held on to take the title.