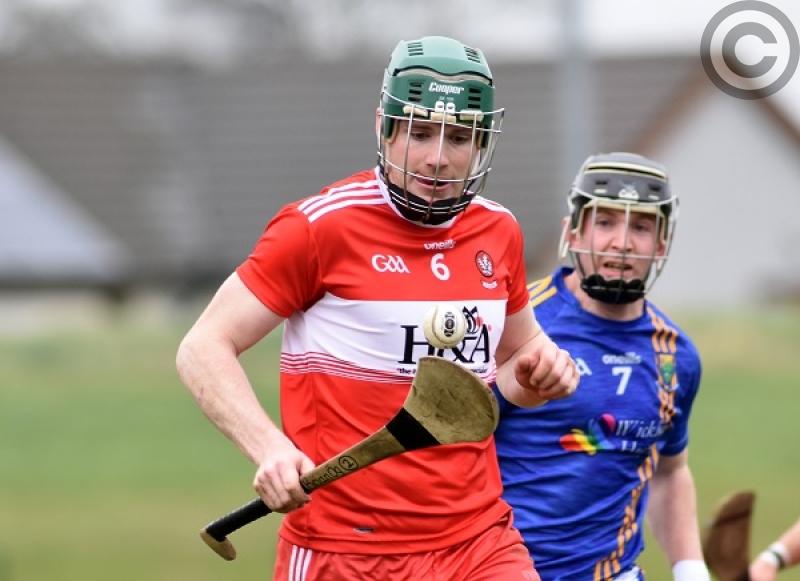 Derry duo Brian Óg McGilligan and Sé McGuigan have been included amongst the 45 nominees for the 2019 Champion 15 Team which will be announced this week.
The GAA and the GPA announced the nominees based on the players' outstanding performances in this year’s Ring, Rackard and Meagher Hurling Championships.
The Champion 15 selection will be awarded as part of the PwC All-Stars event in Dublin’s Convention Centre this Friday November 1.
In all 20 counties feature on the list of 45.
Christy Ring Champions Meath are well represented with six nominees while beaten finalists Down have four nominees. The six other competing counties in the competition are also represented.
Eight counties from the Nicky Rackard Championship make the shortlist with Sligo taking four places after their title success.
GAA President John Horan said: “Congratulations to all 45 players who have been named on the nominations list.
“I am delighted to see the excellence of these players honoured and their inclusion on the list of 45 is an acknowledgement of their committment to the game and some of the superb matches they featured in over the course of the summer.
“I wish them all well and look forward to the announcement of the final selection.”
Paul Flynn, Chief Executive of the Gaelic Players Association, said:
“Congratulations to all 45 nominees for their stellar performances on the pitch this year. It’s been a truly memorable year of hurling so it’s important that we recognise the talent that these players have and worked hard for. Well done to everyone involved and congratulations also to all of the hurlers nominated for a PwC All-Star Award for 2019.”
This is the first year that a selection of 45 players has been chosen from the Ring, Rackard and Meagher competitions. The new selection process has introduced player and coach feedback and has been finalised by an independent selection committee of journalists and referees. Players competing in the Joe McDonagh Cup were considered in the PwC All-Stars for the Liam MacCarthy.

The Champion 15 Nominations are listed below:-