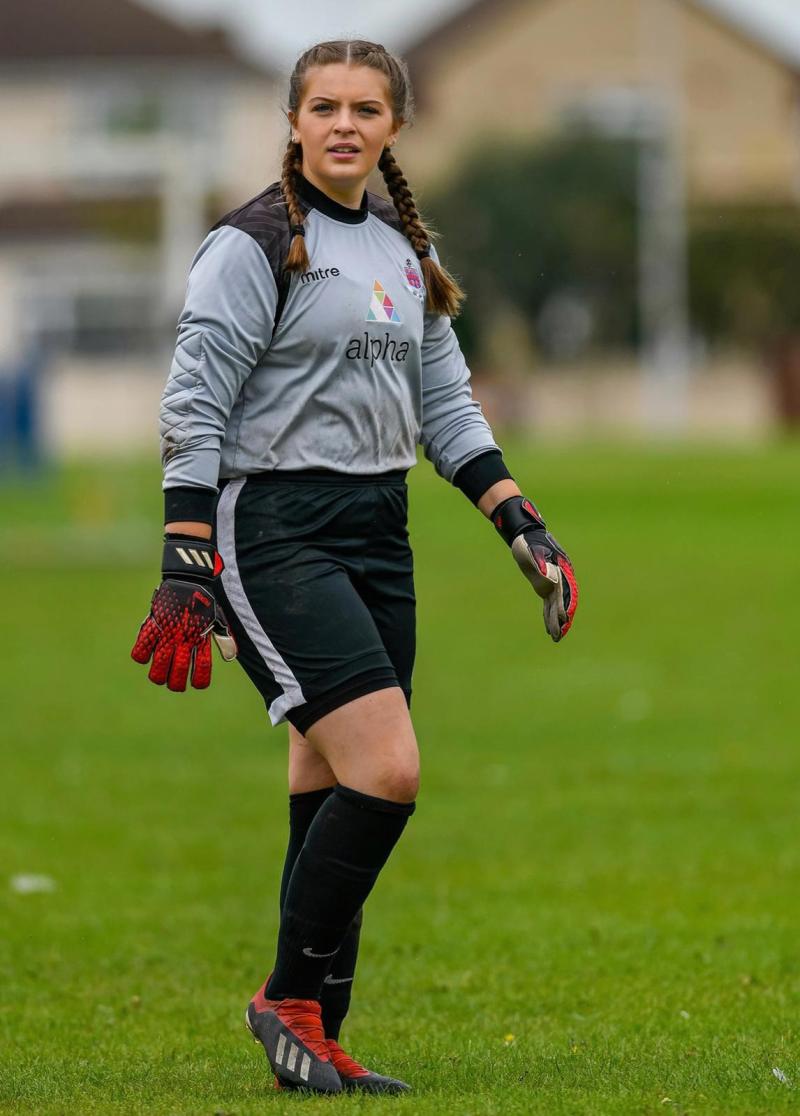 Football-mad Meaghan McCallion is gearing up for an emotional return to her hometown of Derry as she prepares to compete in the O’Neills Foyle Cup, 14 years on from a family move to Liverpool.

When the youngster discovered where her family would be moving to, she was over the moon due to her footballing allegiance. Meaghan recalled: “I found out at around Christmas when I was in P5 that we would be moving to Liverpool. I had grown up as an obsessive fan of the Reds, so I was ecstatic at the thought of living in the same city as my favourite team, and of course the chance to see them in action more often.”

Meaghan, who is now a primary school teacher in the northwest English city, is especially excited at the prospect of playing in a tournament she vividly remembers from her childhood in the Walled City.

The Foyle Cup is very much a family affair for the McCallion clan. Meaghan’s grandmother, Carmel, works at the tournament office, with the young football fan alongside her never too far from the action.

She said: “I used to go along with my granny to help out at the tournament in any way I could, and I got a chance to watch so many matches as the event continued to grow. I also remember the first ladies’ games taking place and being inspired to one day take part myself, so it’s great to have come full circle.”

The 23-year-old is settled as a goalkeeper for Merseyside-based Upton Ladies Football Club, after switching between several clubs in her teen years.

However, Meaghan has been competing in the beautiful game since the age of four.

She explained: “As a child, I used to go to all the Derry City football camps and got a lot of experience playing for Groarty Sky Blues and school teams. As a teenager, I actually got put in goal initially because my time playing Gaelic football made me a lot braver than most of my teammates!”

Upton Ladies have been grouped with Derry City, Strabane Athletic and Sea Rovers in the ladies’ draw, and they are aiming to make a real impact in the tournament given their recent good form.

Meaghan said: “We are undefeated in the league this season, only drawing two games – and we were weakened for those as a result of Covid-19. We have also recently been promoted to a higher division, so we are quietly confident of being competitive against anyone.

"The manager has been looking at social media clips to try and get a flavour of what’s to come, but we also know every game at the Foyle Cup is difficult, especially with so many games in such a short period of time.

“I also can’t wait to show the girls around! We already have an itinerary with the likes of the Giant’s Causeway, Derry Walls and Foyle Maritime Festival on our list. I’ve really been bigging up how brilliant it is back home, so everyone is really looking forward to our time in Ireland.”

The talented goalkeeper was also keen to highlight that the trip across the Irish Sea would not have been possible without the kindness of sponsors. A GoFundMe page was set up to raise money for travel and accommodation, and a local bar generously hosted a charity night for the club.

“The Willows Pub in the Wirral was fantastic,” Meaghan remarked.

“They allowed us to hold a fundraiser complete with karaoke, games and craic, and after we invited family, friends and locals, we were delighted to raise almost £1,000. Ray Parker, who owns the pub, has always been brilliant to us and we always make sure to visit there on Sundays after our matches.”

Foyle Cup Secretary Philip Devlin commented: “Meaghan’s Foyle Cup story is fantastic. Upton Ladies may never have had the opportunity to compete in this tournament were it not for a Derry girl, which proves how much it means to the people here. Meaghan may have moved to Liverpool a long time ago, but she has never forgotten her home.

"On behalf of everyone at the Foyle Cup, we wish Meaghan and her teammates the very best of luck in this year’s competition.”