The County Derry side will compete in Division 5 of the league. 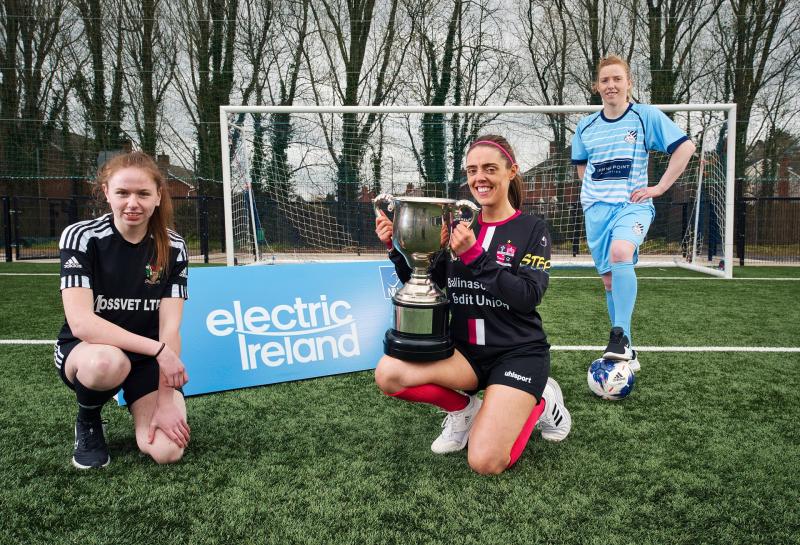 Caoimhe Shaw of the Diamonds with the cup ahead of the new season.

Draperstown Celtic Diamonds will be among seven new teams starting life in the Northern Ireland Women's Football Association (NIWFA) leagues as they embark on a new season.

The NIWFA season, sponsored by Electric Ireland, kicked off on Thursday April 21 as Ballyclare Comrades Ladies hosted Lisburn Rangers Ladies at Dixon Park, with a full round of fixtures also completed in the week commencing Sunday April 24.

League matches will continue until the end of August.

This year’s structure sees 6 leagues, with Division 5 being split to accommodate 12 teams which includes the seven new clubs and four new second teams.

Commenting on the return to play, Valerie Heron, NIWFA Chair, said: “We’re delighted to be able to launch the 2022 season following a record number of new club applications.

"We are also pleased that new teams in the North and West have entered the league, extending the reach of senior women's football across the country.

“We know of course that interest in the game is helped significantly by the success of the Northern Ireland Senior Ladies and our season will break for two weeks in July to coincide with the Women’s Euro Finals.”

The entry-level Division 5 will play 15 league matches – home and away – against 5 other teams in their region, and then, after the break, the top 3 in each league and the bottom 3 in each league will play each other once, giving an additional 5 matches this season.

There will be 5 NIWFA divisional cup competitions, as well as an overall NIWFA Super Cup competition. The Electric Ireland Women's Challenge Cup, CAFA Cup and Mid Ulster Cup are all expected to go ahead this year.

Anne Smyth, Sponsorship Specialist at Electric Ireland, says continued growth of the NIWFA is heartening but not surprising.

“Over the past few years, since Electric Ireland first started supporting the women’s game, I’ve had the privilege of witnessing first-hand the dedication and commitment of NIWFA in driving women’s football forward," she said.

"It is brilliant that we have both new clubs and 2nd teams taking part in the 2022 season.

"Every girl and woman involved is part of the Game Changers movement which continues to raise the profile of women’s football across Northern Ireland as more and more people enjoy the women’s game.”