Ferguson gets the call for crucial Euro 2020 qualifier

Northern Ireland take on Slovakia next week in Belfast 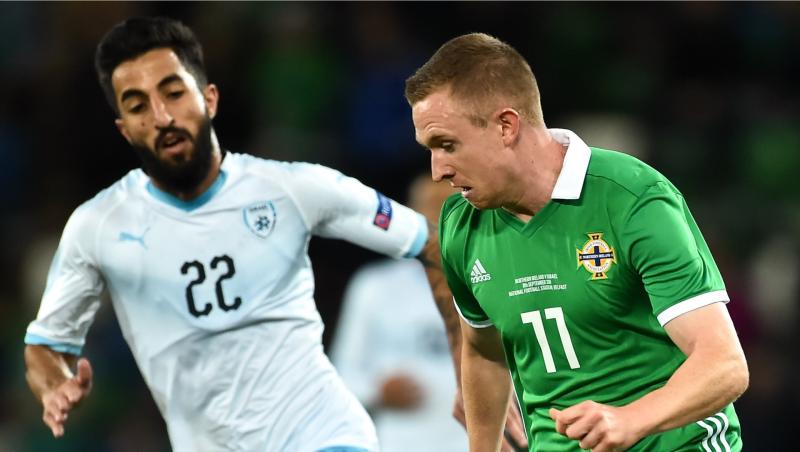 Shane Ferguson has been called up to the Northern Ireland squad (Pic: Oliver McVeigh/Sportsfile)

Local player Shane Ferguson has been named by Northern Ireland manager Ian Baraclough in his 26-strong panel for the UEFA Euro 2020 Path B Play-Off Final against Slovakia in Belfast next week.

The Millwall defender is a product of the Maiden City Academy and has been capped 44 times for his country, after making his debut against Italy in 2009.

Also on the squad is Niall McGinn, who made his debut in 2008 during his time at the Brandywell.  He was the first Derry City player to earn senior recognition for Norther Ireland since Liam Coyle 19 years previously.

If Northern Ireland defeat Slovakia in next week’s Path B final they will face Spain, Poland and Sweden in the group stages (Group E) of Euro 2020 next summer.