Former boss 'delighted' for 'student' of the game

Oran Kearney tips Ruaidhri Higgins to be a success with Ireland 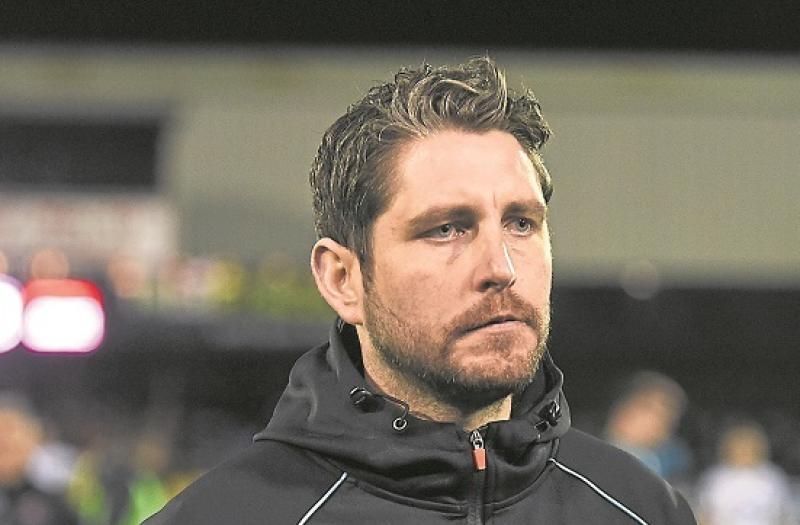 One of Ruaidhri Higgins' former managers has expressed his 'delight' at the news of the Limavady man's inclusion in Stephen Kenny's back-room team with the Republic of Ireland soccer team.

Oran Kearney, who managed Higgins for two seasons at Coleraine, felt he was a player that would stay in the game and tips him to do 'a great job' for Ireland.

After much speculation, Higgins was last week confirmed as Kenny's Chief Scout and Opposition Analyst.

“Any manager will tell you, your back-room staff will make or break you,” Kearney told the County Derry Post.

“I think it is that level of trust. There will be a few wildcards that he (Stephen Kenny) won't have worked with before.

“Also, you can see why he has stuck with two or three of his Dundalk back-room staff, who he trusts imperatively and that is very important going forward.”

Higgins began his playing career with local side Newtowne FC, before being signed by Coventry City, where he spent six seasons before being released in 2004.

The 35 year-old was snapped up by Derry City, where he spent five years and won four League Cups in a row and the FAI Cup in 2006, Kenny's last game in his first stint as Candystripes boss.

Higgins spent a season in Dublin with Bohemians, before being brought back to the Brandywell by Kenny.

Higgins was then signed by Kenny at Dundalk, were he won the league and cup double in 2014.

After a spell with Coleraine, he returned to Oriel Park to join Kenny's management team and was the opposition analyst when Dundalk won the 2018 title, before being promoted to assistant manager.

He was very much in demand, and was muted as a target to succeed Kearney after his switch to St Mirren.

“He was brilliant around the changing room,” Kearney commented of Higgins' two seasons as a Coleraine regular.

The current Bannsiders' boss isn't surprised his former player has stayed the game and pursued an avenue in management.

“Ruaidhri, to be fair, was always one of those guys who you have a fair idea would remain involved in the game because he has all the credentials and, as Stephen Kenny mentioned through the week, is a real student of the game.

“He is somebody who is very passionate about how he keeps on top of things and everything that is going on.

“It is great for him and I am delighted to see him get that post and I am sure he will do a great job.”

As one of the senior players, Higgins was someone Kearney would have sounded out ideas on.

“He (Ruaidhri) would have been the first to tell you that mobility wouldn't have been his strongest asset. His biggest strength was in his mind, he was probably yards ahead of other players. He was a very intelligent player and you can see why he has carried that on.

“There would be senior pros in the changing room, that you definitely bounce ideas off or get feedback from. Ruaidhri was one of those guys who was quick to ask questions, in a good way. It is a sign of an open mind and that he was keen to push on.”

Kenny was the Irish U21 boss and due to succeed Mick McCarthy after Euro 2020, but with Covid-19 forcing the postponement of the competition, the FAI acted to promote Kenny to the senior manager post.

Ireland must navigate the play-offs, beginning with a semi-final clash with Slovakia, with Northern Ireland or Bosnia-Herzegovina awaiting them on the other side.

Before that, Kenny and his new management team continue to prepare for a UEFA Nations League visit to Bulgaria in September, their first game in charge.

Higgins is currently studying for his UEFA Pro-Licence in a group of 20 applicants that include former Irish captain John O'Shea and ex Spurs and Chelsea goalkeeper Carlo Cudicini, who are due to graduate in 2022.