'I want to take Derry City as high as possible' 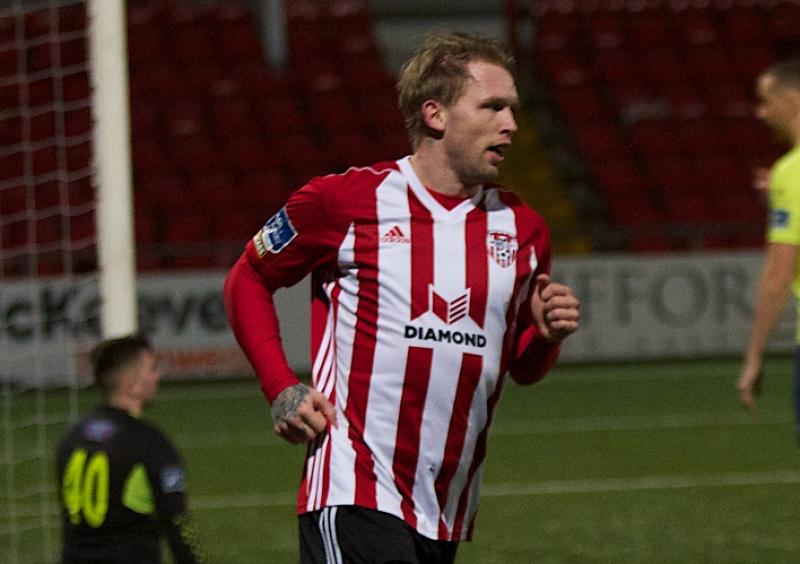 Tim Nilsen admitted he was starstruck when he realised who Paddy McCourt was when the Derry City coach first reached out to him.
The 27-year old announced himself at the club in impressive fashion last Wednesday when he scored two goals in the 3-0 win over Finn Harps at the Brandywell.
He has since signed a deal at the club until the end of 2020 season, and admitted that once McCourt reached out, he agreed to come to the Candystripes almost immediately.
“This is a big step for me and hopefully I can restart my career here and of course bring Derry City
as high as possible with some goals. The only thing I knew was Shamrock Rovers because they played in Europe against a Norwegian team. It's a big league which is almost quite as big as Norway so for me it was easy, very easy to say yes and when Paddy sent me the message I said yes almost immediately. I didn't know Paddy but I searched right away so I was a little star struck tright away,” he laughed.
Nilson has one tenuous link to Derry City in that one of his former clubs is Fredrikstad, who used to have former City midfielder ciaran Martyn on their books. The striker though is determined that the league he knew little about will certainly remember him when he eventually leaves.
“Hopefully the fans can expect goals from me,” he said. “I am all about the box kind of player. Of course I am an all around player but I love to be in the 18-yard box and that's where the goals are scored so I am going to be there all the time and hopefully I can score a lot of goals.
“Of course every footballer wants to play as high as possible. The first step now will be to take Derry City as high as posiible. I have met everyone now and I am looking forward to the first game. It starts at the top against Dundalk and if we are going to end up top three then we have to win those games.”