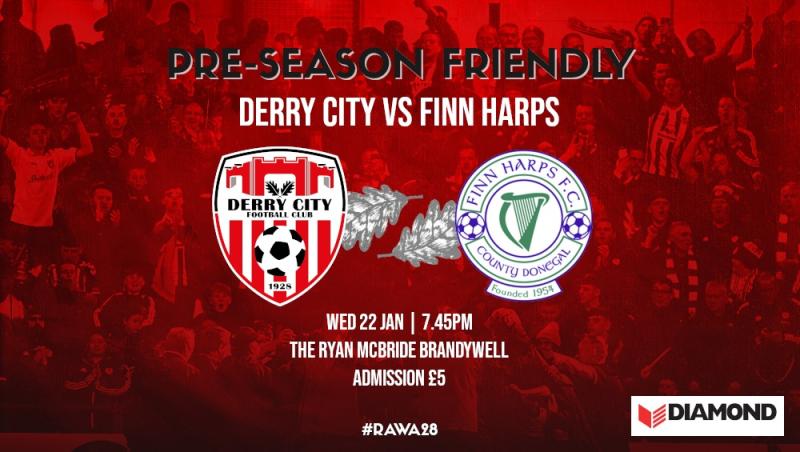 Finn Harps make the short trip to the Ryan McBride Brandywell Stadium this evening to take on great north-west rivals Derry City in a pre-season friendly.

City welcome defender Colm Horgan to the ranks ahead of the new season. Horgan joins having spent the last two years with Cork City and made an appearance in Friday night's friendly victory at Drogheda.

Harps go into the game on the back of a 2-0 defeat against Galway United last night.

Both managers, Ollie Horgan and Declan Devine, are likely to use a large number of players during the 90 minutes. Admission is £5 and the game has a 7.45 pm start.

Derry will also play host to Insitute on Tuesday, January 28 before facing Portadown at the Brandywell on Friday, January 31 (both games have a 7.45pm kick-off).