Fans of the North West unite! 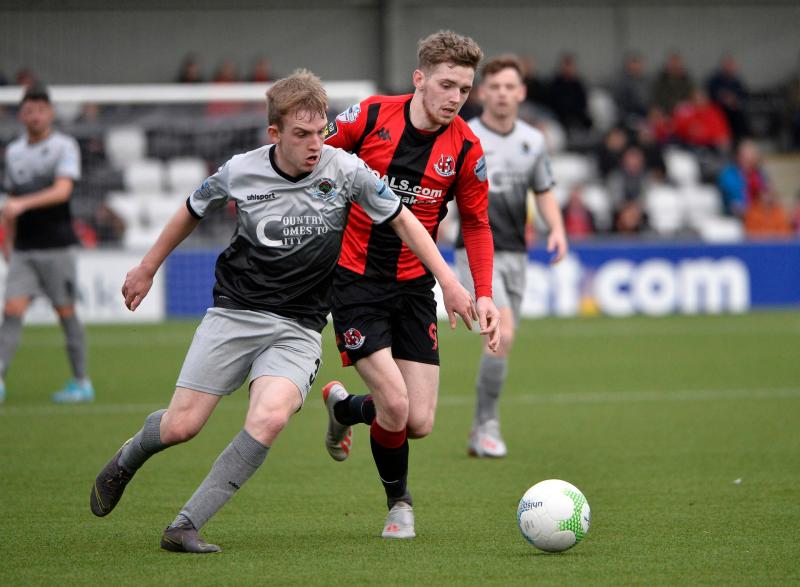 Come and back us too - that’s the message from Institute to Derry CIty and Finn Harps fans in the months ahead.
Many followers of the Airtricity League now find themselves with added time on their hands following the conclusion of a season that saw Derry City finish fourth and qualifying for the Europa League.
Institute, though, are still in the first half of the Irish League Premiership season and are hoping that soccer fans in the north-west will row in behind them.
Institute Chairman, Bill Anderson said, "It's good for all football fans to see their teams survive and prosper. And being at a geographic disadvantage makes the job that much harder.
"North West football fans are as passionate as any and they all deserve the opportunity to watch their local teams compete in the top flight. Institute are no different, and in recognition and consideration of real football supporters, Institute FC will offer concession rates to both Derry City and Finn Harps season ticket holders during their own teams’ closed season.”
Supporters of Derry City and Finn Harps who present their 2019 season tickets can access Institute’s game against Glentoran this Saturday at a concessionary rate of £8.
And the same discount will apply for forthcoming ‘Stute home games against Linfield on November 16th, Coleraine on November 30, matches in December against Glenavon, Warrenpoint and Carrick Rangers, and in the new year against Glentoran and Larne.
Institute FC has also extended its congratulations to Derry City FC on a successful 2019 season, and expressed delighted to see Finn Harps maintaining its top flight status.
Meanwhile, there is also good news for Derry City season ticket holders with the confirmation this week that prices will be frozen for the 2020 season.
Adult tickets will be £230 (concessions £190) and £60 for children aged between 5-15.

Season Review
Derry City will be hosting a special 2019 Season Review event this Monday, November 11 at the Magee University Lecture Theatre at 7.00 pm.
In a message to season ticket holders, Derry manager Declan Devine said: “What a season 2019 was, we had many highs and a few lows, but I couldn’t be prouder of our players. They dug deep, pulled it together and worked incredibly hard to create a team worthy of the European place. Nothing would have been possible without our fans.”
Describing the fans’ support as “invaluable” he has called on supporters to attend the Season Review where they will have the chance to secure a seat for the upcoming 2020 season for as little as a £20 deposit.
The option to buy online will be available from November 12. Alternatively, season tickets can be also be secured at the Ryan Ryan McBride Brandywell DCFC Shop on the next three Saturdays this month and on December 7th, 14th and 21st from 10am – 2pm, on Wednesday, November 20th or 27th and December 4th, 11th or 18th from 6pm – 9pm.