'In every respect, a true gentleman' and an important player in 'embryonic peace process' 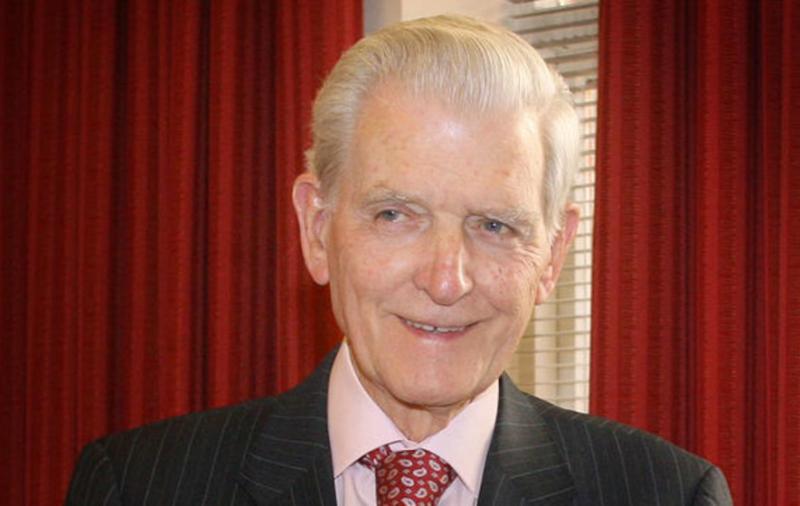 Taoiseach Micheál Martin TD has led the tributes following the announcement of the passing of Jim Fitzpatrick, who for decades steered the fortunes of the 'Irish News' and played an important role in the embryonic peace process.

Deceased, who was 92, died after a short illness.

Locally, the Irish News Group were one time owners of the Rivermedia portfilio of papers which included the Derry News, County Derry Post and Inish Times, before they were purchased some years back by the Iconic Media Group.

Irish News editor Noel Doran described him as a "giant of the newspaper industry" and a "key figure in the search for peace and reconciliation in Ireland".

Taoiseach Micheál Martin was also wholesome in his praise for the role of Mr Fitzpatrick in the early days of the embryonic peace process:

“I would like to express my deep sadness and sympathy at the passing of Jim Fitzpatrick.

“I had the great privilege of knowing and interacting with Jim over many years.  He was, in every respect, a true gentleman.

“In his decades-long stewardship of The Irish News, he was a profoundly important advocate for an end to violence in the North.  His role in the earliest days of the embryonic peace process is not widely known, but it was crucial.

“In his support for and leadership of the Chamber of Commerce in Belfast, he brought together people from all backgrounds in common constructive cause and was an example of true civic leadership.

“In his quiet and ceaseless philanthropy over a lifetime, his generosity has left its stamp all across Belfast and further afield.

“Jim had a deep and true faith, which he carried with kindness and humility, and which sustained him following the sad death of his beloved wife Alice in 2013.

“Jim’s eight children and wider family circle will feel his loss acutely, but I hope that they can also take comfort and some pride in the knowledge that their father made a genuinely positive contribution to Belfast and to Ireland over the course of his life.

“To Anne, Brid, Bernard, Eileen, Dominic, Clare, Jim Jnr and Andrew, to the wider family circle, to his colleagues in The Irish News, and to his many friends I offer my heartfelt condolences."

Dominic Fitzpatrick, Managing Director of The Irish News, paid tribute on behalf of the family on the paper's online news site.

"As a family we were blessed with incredible parents," he said.

"Dad was an inspiration to so many people. His desire to be involved in The Irish News was driven by a belief that society needed a newspaper that could stand for truth and justice, particularly at such a turbulent time in history.

"Under his direction the paper has been transformed into the success it is today." 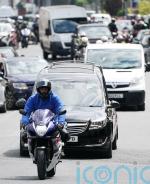 He said his father also spent much of his life "helping in the search for peace in Ireland, working quietly but effectively in the background".

"He was involved in community work, continually trying to bring people together and improve society.

"Dad really cared about people. He loved his work and was still coming to the office until a few weeks ago.

"He had a morning prayer which he said every day and it pretty much summed up his attitude to life. He saw every day in life as an opportunity to be seized, a gift from God not to be wasted. A day where he would be thoughtful, generous and helpful to others and lived without regret."