REVEALED: Which Premier League clubs used the most substitutions on the opening weekend of new season? 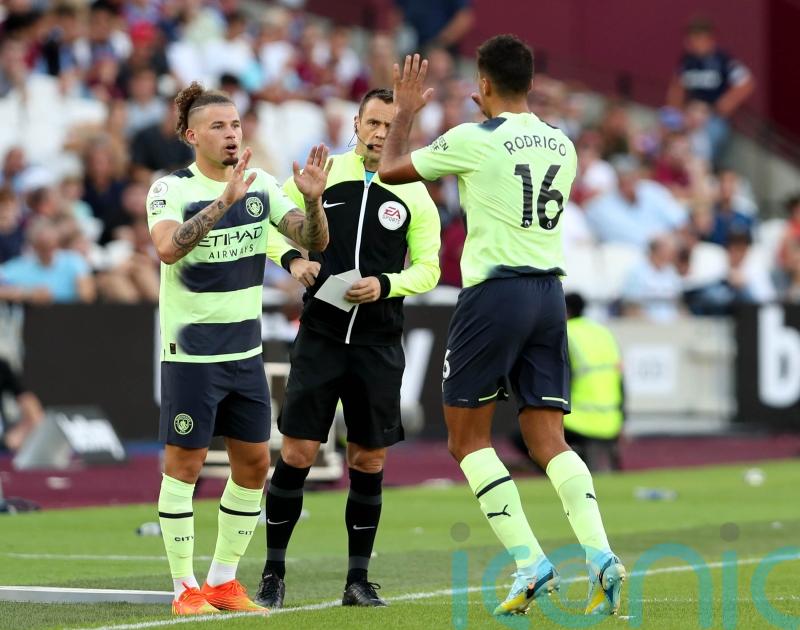 Premier League clubs made the most of the new rule allowing five substitutions on the opening weekend of the new season.

Premier League clubs made the most of the new rule allowing five substitutions on the opening weekend of the new season.

The numbers of changes allowed was raised from three for the new season and 13 of the 20 clubs made either four or five changes in their opening fixture.

Here, we look at how managers deployed their additional resources – and which ones chose not to. 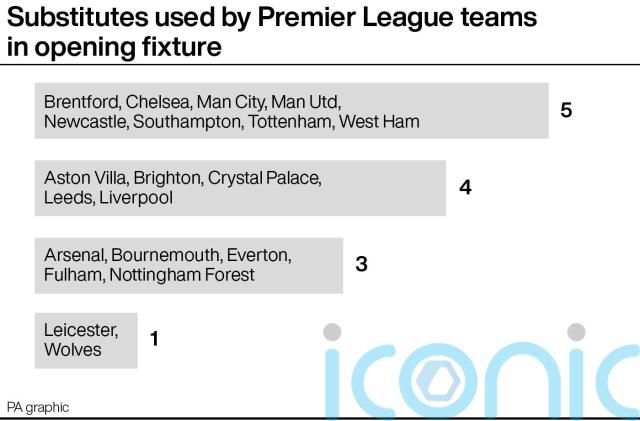 While only two games saw the full complement of 10 substitutes used – Tottenham’s rout of Southampton and Manchester City’s win at West Ham – every match saw at least four substitutions from a single team and the average team made 3.85 changes.

Crystal Palace and Arsenal kicked things off with four and three substitutions respectively on Friday night, with Palace making the first ‘extra’ substitution over last season’s allocation when Will Hughes and Malcolm Ebiowei were both introduced in the 86th minute.

Saturday’s early game between Fulham (three) and Liverpool (four) repeated the pattern and Newcastle joined Spurs and Southampton as the first teams to make five changes during the 3pm kick-offs.

Five more followed – Chelsea in the Saturday evening game and Brentford, Manchester United, West Ham and City on Sunday – for a total of eight across the weekend maxing out their resources.

Palace and Liverpool were joined by Aston Villa, Leeds and Brighton in making four changes, while Arsenal, Fulham, Bournemouth, Nottingham Forest and Everton stuck with the three that would have been allowed previously – despite the Toffees losing two centre-backs to injury.

The notable outliers were Wolves, who waited until the 85th minute to introduce youngster Chem Campbell as their only substitute, and Leicester who introduced only Patson Daka from the bench.

Managers mostly left it quite late to make their substitutions, particularly those who used the full five.

Chelsea’s Conor Gallagher, back from a successful loan spell at Palace, was recorded by the Premier League website as being brought on in the ninth minute of stoppage time – by which point, including the eight minutes added in the first half, his team had played 117 minutes of football.

There were 38 substitutions (26 per cent) in the 80th minute or later and 55 (almost 38 per cent) from the 70th minute onwards as managers largely used their expanded resources to freshen their side up for the final stages or give new signings a low-pressure bow.

That included Spurs bringing on four players, among them debutants Clement Lenglet and Yves Bissouma, in the 86th minute, while leading 4-1, and Manchester City introducing summer recruit Kalvin Phillips along with Cole Palmer and Riyad Mahrez across the 88th and 89th minutes.