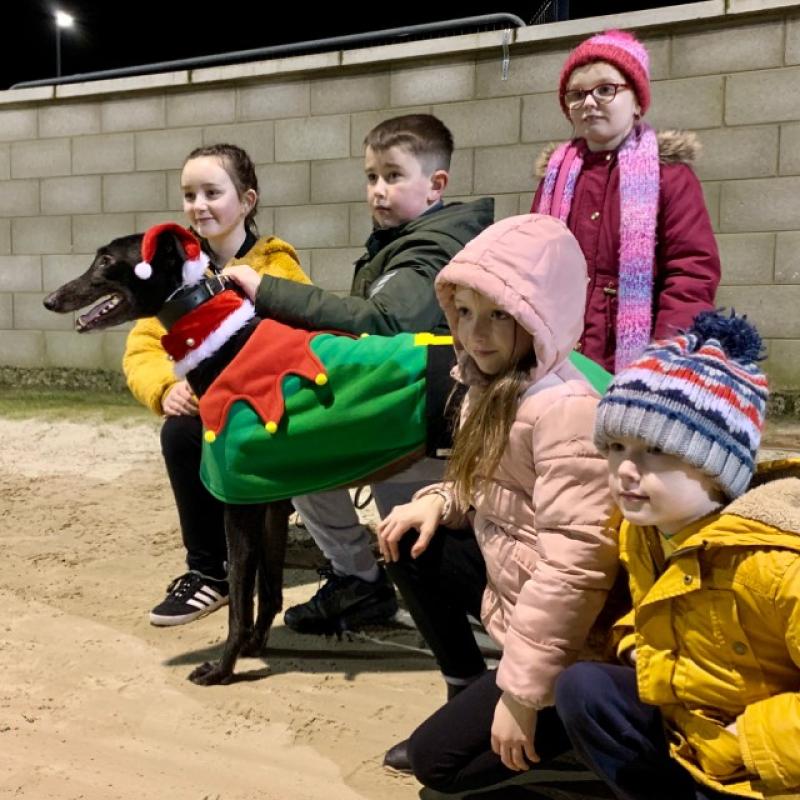 Racing resumed after the Christmas break with an exciting eight race card at the Brandywell track on Monday where the big focus of attention was the semi-finals in the Red Shilling 745 Marathon.
Pretty Imelda, the 5/4 favourite, won the first semi-final in 42.43 for Declan Ferry, with a length and a half to spare over Olwinn Meg while Townsend Carol got third spot to also get through to the final. 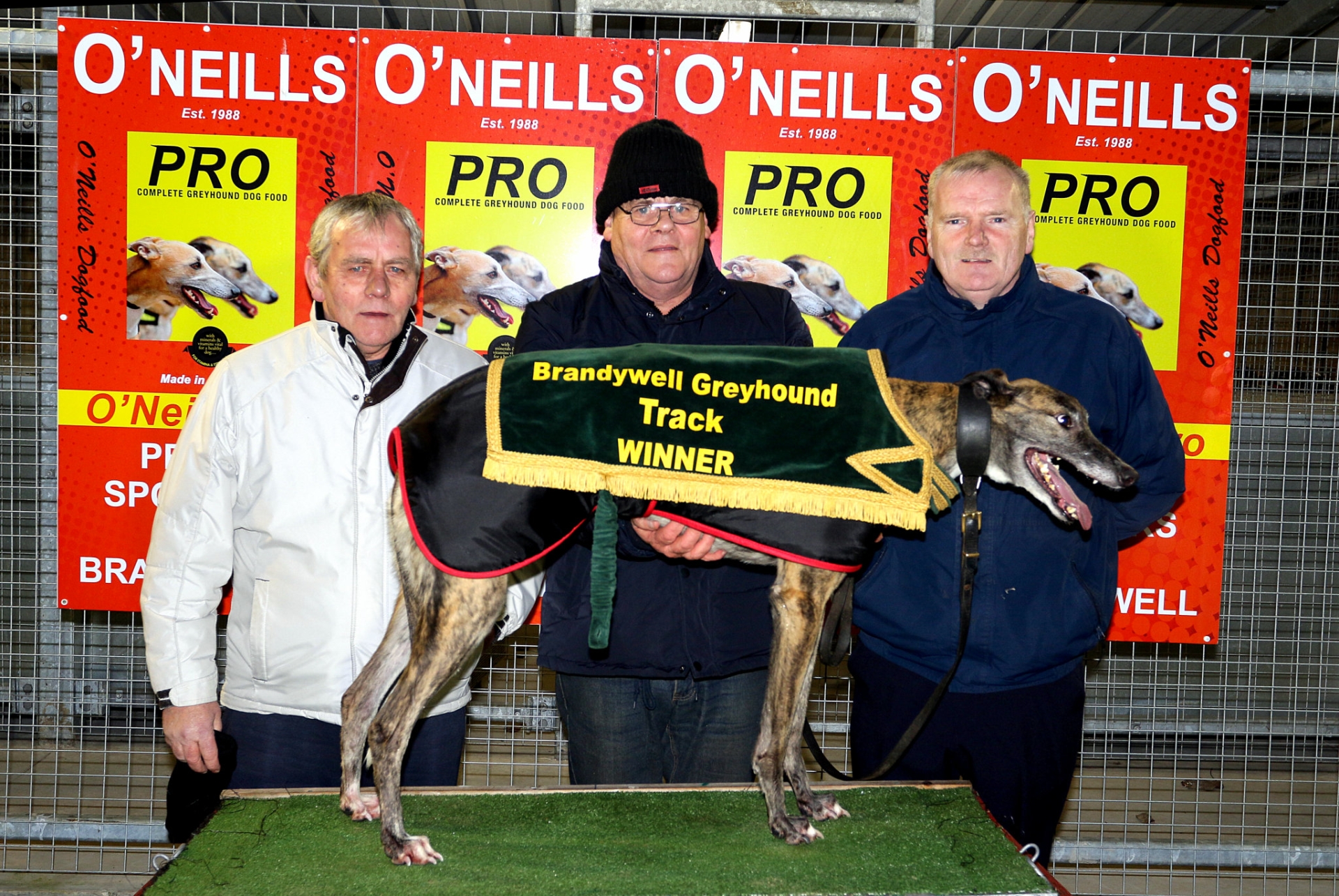 Imelda won one of the semi-finals in the Red Shillings 745 Marathon and is pictured with Liam Melly, Pius Mell and owner Declan Ferry. Photo: John Killen

The second semi-final saw Our Tilly clocking 42.87 with a two length advantage over the evens money Smurfing Season. Swan Charm was third.
The trap draw for the final is: Trap 1, Olwinn Meg; Trap 2, Swan Charm; Trap 3, Smurfing Season; Trap 4, Our Tilly; Trap 5, Townsend Carol; Trap 6, Pretty Imelda.
The opening 300 yard sprint saw Tober Fantasy winning in 17.04 for Colm Dillon - who had made a 70 mile round trip from Donegal to be there.
Knock Vision took the spoils in the O’Neill’s Greyhound Sprint in 17.16 while Confey Glory posted a decent 16.97 to win the Greyhound Data Sprint, pipping Escalade move.
In a four dog sixth race, Highview Merry won over the 500 yard distance in 28.08 and in the seventh contest, over a similar distance, Sheriff Mac recorded 28.85 for Jason Mernor to get the better of Sheriff’s Product.
The concluding race was the Getting Out Brandywell 300 sprint which was won by Caragh Woodie in a fast time of 16.59 for Edward Crossan from St Johnston.
Meanwhile, it was great to see that all the Brandywell Greyhound Racing Supporters’ Group 2020 calendars were sold, with proceeds to support the aims of the group in 2020.