Tributes flood in for 'Big Red' 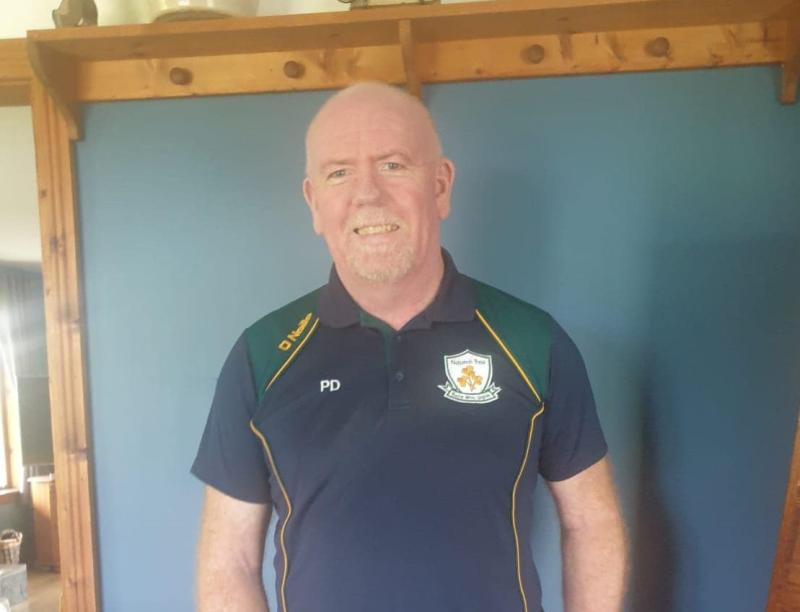 On Tuesday, in Galway, former Ballymaguigan legend Paul 'Big Red' Devlin was laid to rest, after his passing over the weekend. The club led the tributes to one of the great characters of the local scene.

Along the shores of Lough Neagh, lies a small club with big names littered through their history.

When you hear the words St Trea's Ballymaguigan you immediately think of names such as Jim McKeever, Eamonn and Gary Coleman, Seamus Doyle and Paddy Crozier. But one name that is synonymous with the 'Quigan is the name 'Big Red' Paul Devlin.

Paul was a well travelled giant with an almighty presence wherever he went. Paul sadly passed away after a short illness in Glenamaddy, Galway, late on Saturday night.

Today he will be laid to rest and although he is gone, he will never be forgotten.

Paul, in his short life, saw and done things that most people can only dream of. He was a gifted joiner, a craft that took him all over the world.

'Big Red' has kicked many a ball, staged many a battle and cast lots of influence on many games throughout his playing career.

He represented St Patrick's Maghera at D'Alton, Corn na Óg, Rannafast and MacRory levels, something that marks his quality and talent.

In the red and white of Derry, Paul played at minor and U21 level. He has played football in Philadelphia, New York and Glenamaddy, but no matter where he went in the world he was most proud of his number one and that was his home club back in Ballymaguigan. 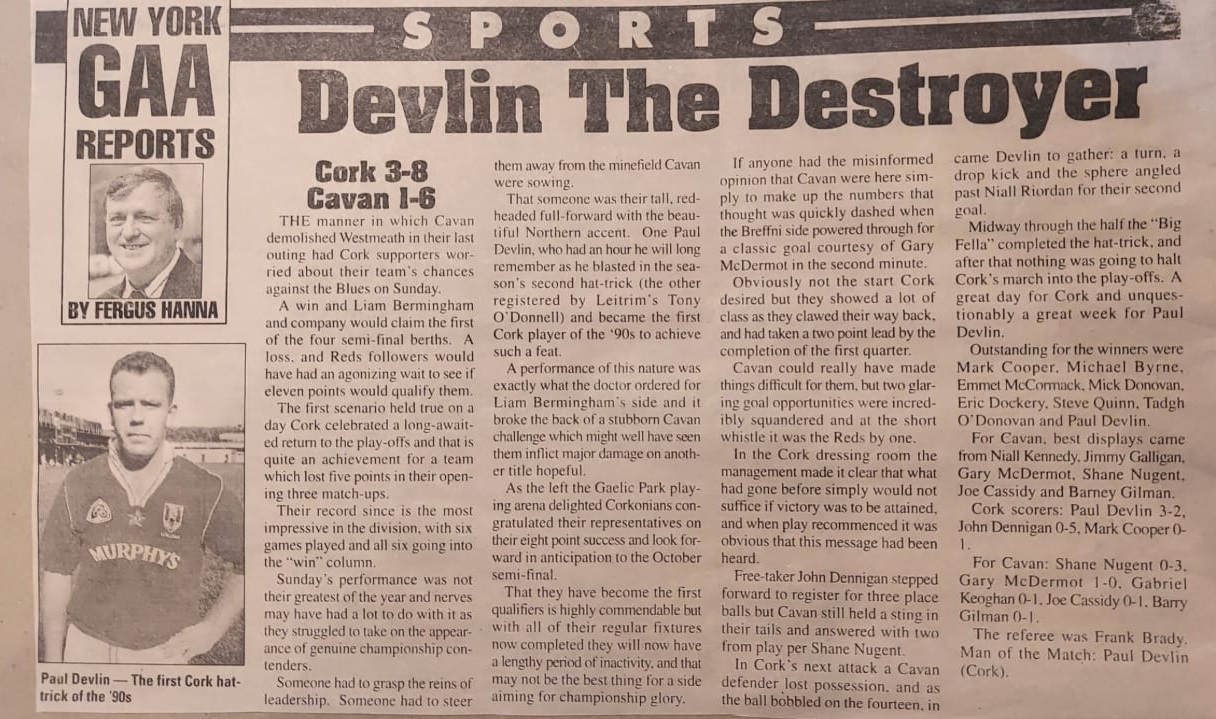 A newspaper clipping telling of Paul's exploits for the Cork club in New York, he scored 3-2 in their win over Cavan

Paul was always quick to tell anyone he talked to, very early in the conversation, of his pride for his family - his wife Anne, his daughter Katie and his son Paul.

Of his brothers and sisters and not least his loving mother Marian. Not long after, he would soon turn the conversation to football and in some roundabout way he would get the chat quickly turned to Ballymaguigan.

The 'Quigan have five Derry intermediate titles to their name, something Paul was extremely proud of.

His biggest achievement on the field of play was the pride of having played a part in winning the Sheridan Bateson Lee Cup in 1993. It was made even more special given that it was the year Derry won the Sam Maguire and especially the 'Quigan connection linked with the Oakleafers' greatest era. 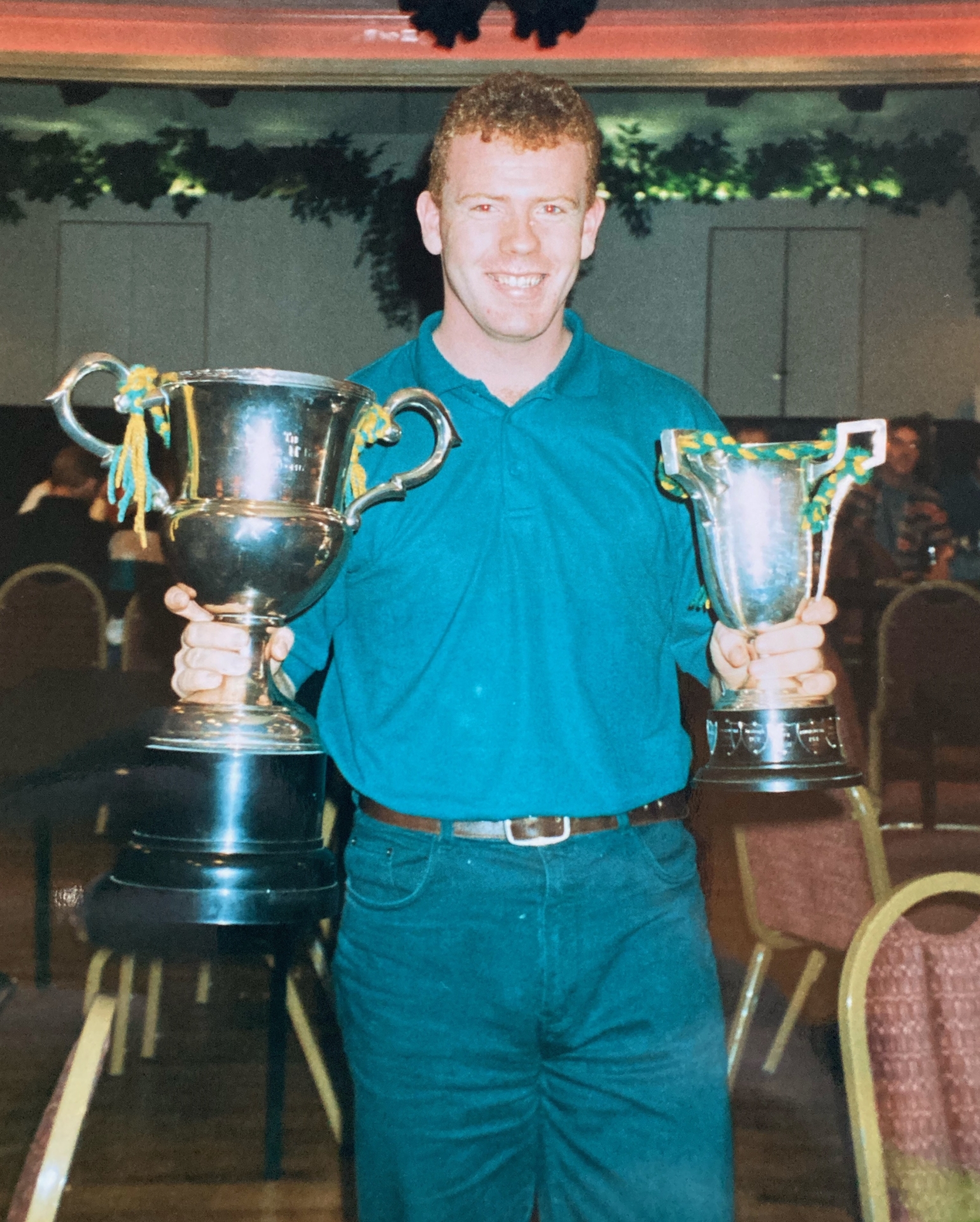 Paul with the league and the Sheridan, Bateson, Lee cups at Ballymaguigan dinner dance in 1993

After announcing the sad news of Paul’s passing on the club’s website, it was very evident of his popularity when hundreds of likes and comments were posted.

One of Paul’s last requests was to be laid out wearing his St Trea's top.

In his last few days his brother Raymond asked him a simple question - 'who was the greatest player you ever played with?'

Paul's answer was both quick and from the heart - 'everyone that pulled on the 'Quigan jersey with me' and that just summed him up.

Although he finds his final resting place, today, in the land of the Tribes there will always be special memories of Paul in his own wee town land of Ballymaguigan.

Here is a selection of some of the tributes made to Paul.

It is with deep regret that we learn of the passing of our esteemed member and former player Paul Devlin after a short illness.

The committee and members of St Trea’s GAC Ballymaguigan wish to express our sincere condolences to the Devlin and Fitzmaurice families and the entire family circle at this very sad time.

I played minors with Paul back in the day. Condolences to all the family. Rest in peace Paul.
- DERMOT HEANEY

RIP Big Red, the cause of many a crunching tackle in midfield and beyond, rest easy my friend.
- KIERAN QUINN

So sad. Many a battle we had. RIP big lad.
- PAUL ROCKS

Rest in peace Horse. You were a true lifelong friend, a gentleman who I shall never forget. A proud, proud daddy, husband, brother, son, friend and a Ballymaguigan man through and through who never forgot where you came from. I am so, so heartbroken big man, but we will meet again. May God have mercy on your soul.
- PAUL CROZIER

So sorry to hear about the passing of Paul. Big Red was green and gold through and through...and a great team mate. You are in my prayers at the sad time.
- MARTIN LEE

RIP gentle giant! It was a pleasure.
- COLUM LETTERS

Honoured and proud to say I played on the same team as you and we had some wonderful days Paul. Sincerest sympathies to the Devlin and Fitzmaurice families.
- SEAMUS DOYLE

Sad news, I only heard a couple of weeks ago that Paul hadn't got good news. We were in the same primary school class and played together when we joined up at minor level. Sad day, RIP
- SEAMUS HEANEY