Troubles legislation to be changed to prevent immunity for rapists, says minister 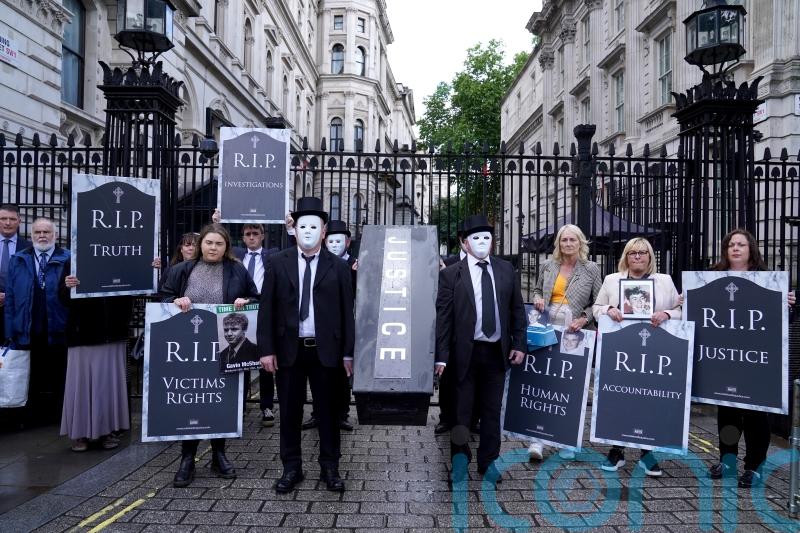 The Government has agreed to amend controversial Troubles legislation to prevent immunity being granted to those responsible for serious sexual offences.

Northern Ireland minister Conor Burns announced the concession after being warned by Conservative MPs to act or face defeat in a House of Commons vote.

Proposals before MPs seek to establish a new information retrieval body to review deaths and other harmful conduct within the Troubles – defined as the period from January 1 1966 to April 10 1998.

The Northern Ireland Troubles (Legacy and Reconciliation) Bill will also offer immunity to people who are deemed to have co-operated with the information retrieval body, although criminal prosecutions could still take place.

Concerns were raised by MPs about the wording of the Bill, and Labour tabled an amendment to ensure certain offences of sexual violence – including rape – must not be treated as within the scope of immunity from prosecution.

Mr Burns initially pledged to “bring greater clarity” to the issue and review the matter, before announcing the Government would accept Labour’s proposal.

He added this was on the condition that further work will take place in the coming days to improve the amendment’s wording ahead of the Bill’s report stage on Monday.

Conservative MP Simon Hoare, Northern Ireland Affairs Committee chairman, earlier told the Commons: “There is a very firm belief that sexual intimidation, sexual violence, rape was used as a tool of intimidation and criminality during the Troubles.

“Just for the sake of clarity and for peace of mind for those who are concerned about this issue, I would hope that this is something that the Government could move on to provide that peace of mind.” 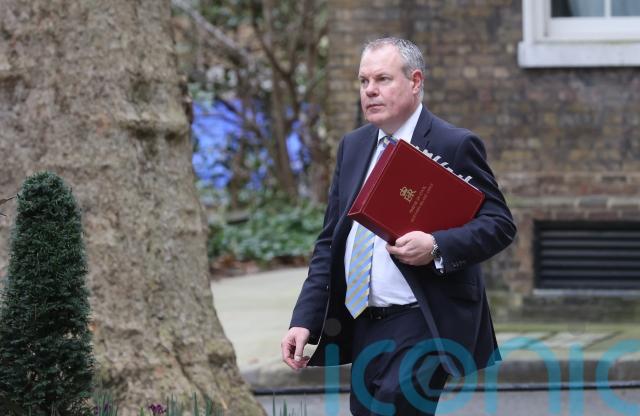 Conservative former Northern Ireland secretary Julian Smith urged Mr Burns to accept the amendment, with the option to make further changes later on, to ensure “no one from the Conservative Party has to vote against the exclusion of rape in this Bill”.

Mr Hoare also went on to advise the Government to deliver on commitments to consider the matter further and bring back a new proposal or there would be a “free-for-all and the Government will be defeated”.

Mr Burns, as the debate on day one of the Bill’s committee stage came to an end, said: “I sought to explain this morning the Government’s thinking and why we were sure that the Bill as written would not have the perverse consequence that (shadow Northern Ireland secretary Peter Kyle) feared.

“We have heard loud and clear the mood of the House and the wish of the House to see a greater clarity on the face of the Bill.

“And with that intent clear and our recognition of the mood of the House on that, we are willing to accept the amendment in the name of the shadow secretary of state on the condition that we will work over the course of the coming days to see if we can find refined wording that we can bring back to the House at report stage.”

For Labour, Mr Kyle said he accepted the minister’s offer but warned the Opposition has “an overarching concern about the overall Bill”.

In a statement outside the House, Mr Kyle said: “Ensuring this Bill does not allow rapists to gain immunity from prosecution is a low but critical bar for it to pass, so we are pleased the Government accepted Labour’s amendment.

“However, there are still many areas for improvement before the Bill passes our test: that it delivers more for victims of terror than perpetrators.”

MPs later voted 271 to 191, majority 80, to reject a DUP amendment aimed at reducing the risk of people deliberately misleading the new information retrieval body in a bid to secure immunity.

Mr Burns had told the debate: “The current position, as the legislation is before the House, is that immunity once given cannot be revoked.”

He added: “The body will have a significant degree of latitude in testing an individual’s credibility and sincerity and I’d hope the engagement and professionalism of those who will be appointed to serve on the panel would be such that that case would very rarely, if ever, arise.”

MPs also voted 271 to 175, majority 96, to reject a DUP amendment aimed at preventing the grant of immunity to any person subject to active proceedings who has moved abroad to escape prosecution.

More than 3,500 people were killed during the Troubles, including over 1,000 members of the security forces, and the new body would seek to help individuals and family members receive more information.

MPs from Northern Ireland fear the Bill will not allow victims to move forward.