Commemoration to mark centenary of killings of County Derry men

The men are buried in Dungiven. 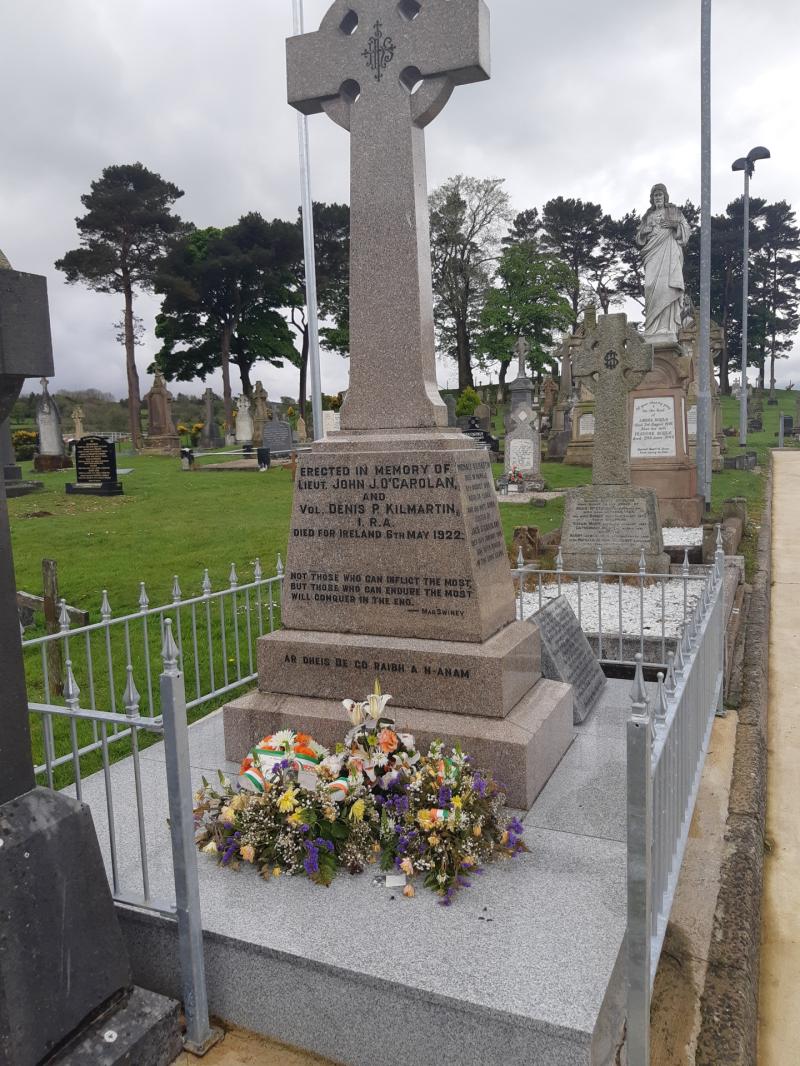 Friday, May 6 will mark the centenary of the killings of John J O'Carolan (Jack), aged 45 and a National School teacher from Gortnaghey, and his nephew Denis P Kilmartin, aged 19 in what remain disputed circumstances.

Though mortally wounded, young Kilmartin survived most of the day and gave some testimony as to what had happened, a position verified by a number of witnesses at the  Coroners Inquest.

Former Sinn Féin councillor, Cathal Ó hOisín said: “What people are clear about was that the political landscape was very volatile,and that the Craig/ Collins pact had disintegrated, there were brutal pogroms in Belfast and elsewhere sides were realigning for a long and brutal civil war, the implications of which can still be felt to this day.

“What we  are also clear about is that according to the Military Pensions Collection, O Carolan belonged to H Company, Gortnaghey, 3rd Dungiven Battalion, No. 4 Brigade, 2nd Northern Division and Kilmartin to F Company, Carn, same Battalion.

“They are buried together in St Patricks Cemetary Dungiven and the Republican monument there was erected in the 1960s, and wreaths have been laid there every Easter by the Republican Movement.”

The monument was recently refurbished and will be rededicated, this Sunday, May 8 at 1pm after a short commemoration at the Republican monument in the Benedy, close to where the killings happened, and then afterwards proceed to the graveyard where an oration will be given by Jack O'Carolan's grandson, Sean McBride.

Everyone is welcome, Fáilte roimh chách.