Desertmartin PS is set to close its doors in August after 130 years in operation. 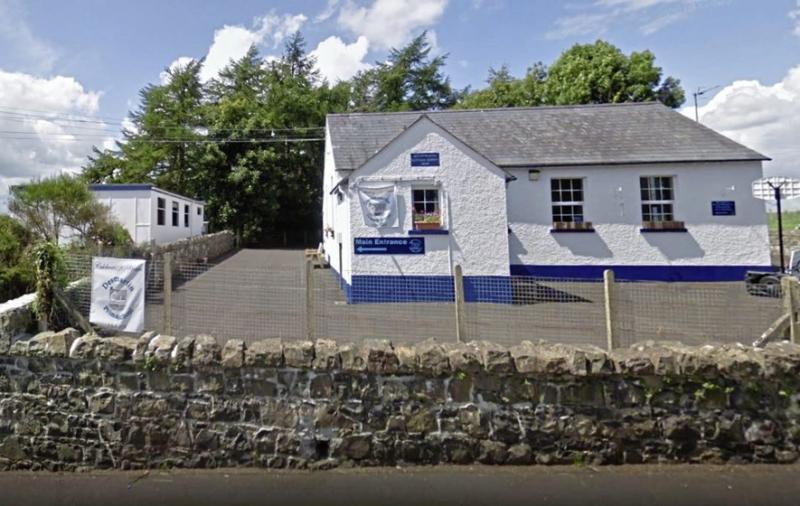 A parent of three children at a County Derry primary school earmarked for closure has hit out at a lack of communication from relevant authorities.

Desertmartin Primary School will close its doors for a final time in August 2021 after Education Minister Peter Weir approved plans for its closure in October 2020.

One parent, who has requested anonymity, said parents had sent two letters to the Department of Education (DE), Education Authority (EA) and the Derry Diocesan Board of Education (DDBOE), but had not received any reply.

"We have requested a meeting with the DDBOE and EA but to no avail. DE have been in limited contact with regards to this matter," they said.

"There have been two letters sent by parents to all these parties raising questions and concerns regarding how proceedings have been handled and how very much out of the loop the parents have been.

"None of them have responded, which we feel is very unfair and just downright rude. It's not too much to ask for some answers, instead we get radio silence.

"We are very aware that the school can't be maintained as it stands at the minute and completely accept that it will be closing at the end of this term.

"We just can't fathom how the  educational governing bodies and a religious organisation can be so evasive and feel that they are very under handed in their tactics.

"We feel that their silence is in the hope that if they don't respond to us by the end of June 2021 then we will have to shut up and forget about it, that they won't have to answer our questions or concerns."

The parent praised Desertmartin Primary School for the effect they have had on her children, one of whom has special educational needs.

"One of my children has special needs and will now be attending a new school.  The progress my child has made since attending Desertmartin has been extraordinary, the staff have been unbelievable in how they have helped him.

"He is reading and writing, something at one time I never thought he'd be able to do, they have encouraged him, supported him and helped in so many ways that words could not describe how grateful I and my family are for them.

"It is just an absolute shame that in its final weeks of being open, the organisations involved at a higher level couldn't be a bit more open and honest with the families and people involved in the day to day of the school.

"It is a disgrace that these kinds of small rural schools won't be kept open due to financial reasons, when in so many cases the benefits of these smaller schools for so many children by far outweighs any amount of money."

Last year, the Department of Education said all evidence had been taken into account regarding the decision to close the school.

"On 5 October 2020, Education Minister Peter Weir approved the Development Proposal (DP 599) for Desertmartin Primary School to discontinue with effect from 31 August 2021 at the latest," said a DE spokesperson.

"In reaching his decision the Minister gave careful consideration to the full range of evidence presented; including all comments received during the statutory objection period and any pertinent statutory duties.

"A copy of the submission, on which the Minister based his decision, can be accessed on the Department’s website at: https://www.education-ni.gov.uk/node/DesertmartinPS."

The Education Authority said they were providing support to the school's Trustees.

"Desertmartin Primary School is a Church of Ireland school with the discontinuance of the school brought forward by the Trustees, the Derry Diocesan Board of Education," said a spokesperson.

"While the  Education Authority is not the managing authority for Desertmartin Primary School it is providing support, on request, to the Trustees of the school.”