His debut EP 'When The Light Hits The Room' is now available to stream. 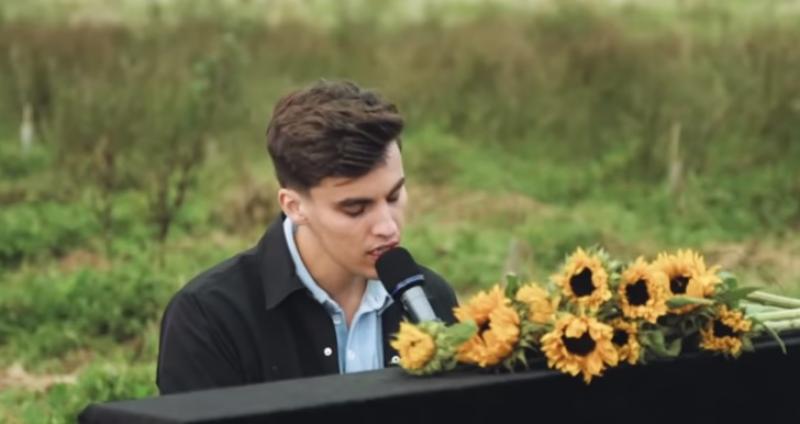 Callum recorded a stunning video from his home in Magherafelt.

A County Derry singer-songwriter has launched his debut album with a series of video shows in his home town.

Callum Stewart, from Magherafelt, has worked alongside English artist Tom Odell to produce the four-track album, entitled 'When The Light Hits The Room'.

The 23-year-old performs under the name JC Stewart, and held a live Q & A session on YouTube following the screening of the video to launch the new album.

He told viewers how the EP's title is a lyric taken from his favourite track on the album, 'Hard To Believe'.

“I thought, 'if I make that much money I'll be happy', or 'if I go to that place, I'll be happy', and it never happens. If anything, when I did those things, it made it worse.

“The light sort of turned on in my mind and I realised that wasn't it. I was lucky enough to meet an amazing girl and I wrote that song about her.

“The lights hit the room in that one. They turned on and it was still amazing, so that whole song is about that moment of the lights turning on. I played it to her and she cried, so brownie points for me.” 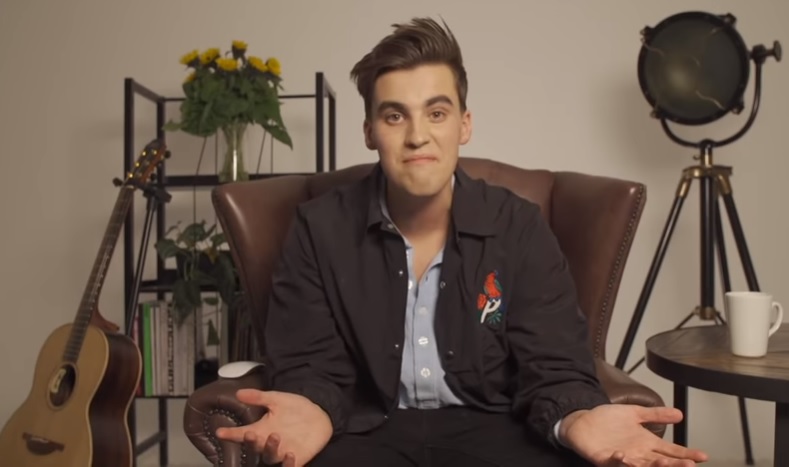 QUESTIONS PLEASE: A still from Callum's Q&A following the performance.

For Callum, the excitement of collaborating with Tom Odell was a real inspiration, and being able to record the launch video at his home in Magherafelt was an emotional moment.

“That was one of the nicest things I've ever got to do. We played the show on my family farm, which is a really special place for us all,” he said.

“I've been writing songs since I was 15, when I first walked into a theatre in Cookstown with a bunch of jazz musicians. I'd never thought about writing a song before, but I wrote my first song that day.

“It was called 'The New Generation' – it was terrible, but ever since then, I fell in love with it, and now I get to finally release my first body of work that I started over lockdown.

“A few weeks ago I was lucky enough to meet a lovely man called Tom Odell, who was one of the main reasons I started writing songs.

“His first album and the album since are so influential to me. I saw him live as a 16-year-old and it enthralled me to want to do this stuff.

“To get to do this EP with him has been one of the biggest honours of my whole life.”

The south Derry singer has rubbed shoulders with celebrities – admitting to being starstruck by a meeting in a bar with comedian Alan Carr – and has performed in Europe.

While his pride in his hometown is clear, he admitted it wasn't always as clear cut.

“Growing up in Northern Ireland – I'm not going to lie – I didn't love it as much as I do now,” he told viewers in response to an appeal for advice for artists from the area.

“It was a small town, I just felt stuck. All these people were in London, or LA, or New York, doing this stuff. I live in Magherafelt. It did seem tough and even impossible sometimes.

“It was just hammering it. That's the only way I got her, just eight years of grinding. I still am. There's never been a point in my career where it's happened overnight.

“It's just little steps, working your way up. Write as many songs as you can, email everybody you can. If you have a song you really think is good enough, find people's emails and send it to them.

“Most of them will not reply, but one person might, and then you're on the ladder. Do everything you can.

“Write, play the shows, work with your friends, enjoy it, and it will be great.”

JC Stewart's 'When The Light Hits The Room' is available to stream on music platforms now.