The Battle for Boom Hall: The story behind competing bids to save one of Derry's most historic sites

Different ideas put forward for how famous building should be restored 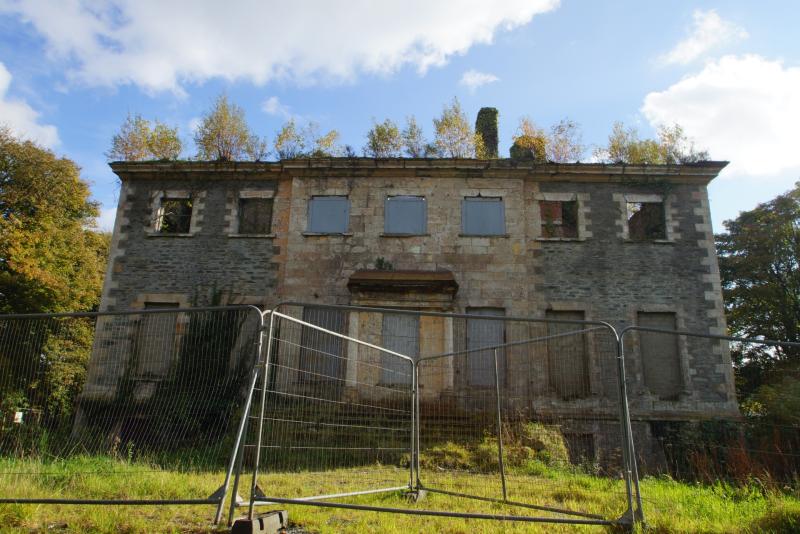 Boom Hall is in a terrible condition.

Everyone agrees that it should be saved. However, there are sharp differences in opinions on what the future should hold for the famous, but neglected, Boom Hall in Derry.

The historic building, which is more than 200 years old, is in a terrible condition and there are fears that sections of it are close to collapsing.

As a result, it has been fenced off for a number of years as debate continues about should be done with this important part of Derry's heritage.

Boom Hall takes its names from the famous episode during the Siege of Derry in 1689 when ships broke through a boom which had been placed across the River Foyle at Culmore, thus ending the siege.

The current house was built in the 1770s by the prominent local business family, the Alexanders, who had purchased the land after the siege.

John and Joseph Cooke of the Cooke Shipping Company lived there for many years.

A son of Joseph Cooke's remained in the house until his death in 1923.

The house has been vacant since.

It was purchased by Derry City Council in the 1990s.

Since then, there have been many plans and proposals for Boom Hall and its 30-acre site – all of which have gone nowhere.

However, there is renewed optimism that, finally, something may be about to happen.

The site on which Boom Hall sits is now owned by Derry City and Strabane District Council, which replaced Derry City Council as a result of the Review of Public Administration in 2015, and the council has created a new conservation plan for the land.

To take this forward, the local authority will soon launch a 'competitive process' to secure a partner or partners to transform that vision for the Boom Hall site into a reality.

This is where it gets interesting.

Both organisations involve world-renowned figures in the field of architecture and restoration projects.

There is a no doubt that there are a lot of 'big hitters' involved in the battle to save Boom Hall.

However, there is doubt as to whether the two organisations can, or want to, work together on the ambitious project.

The first of the groups is called Foyle River Gardens.

They are a registered charity which has teamed up with the people behind the famous Eden Project in Cornwall.

Together, they have created Eden Project Foyle which, they say, will transform the area of land which stretches from the Foyle Bridge to the old Thornhill College site, and which includes the Boom Hall land. 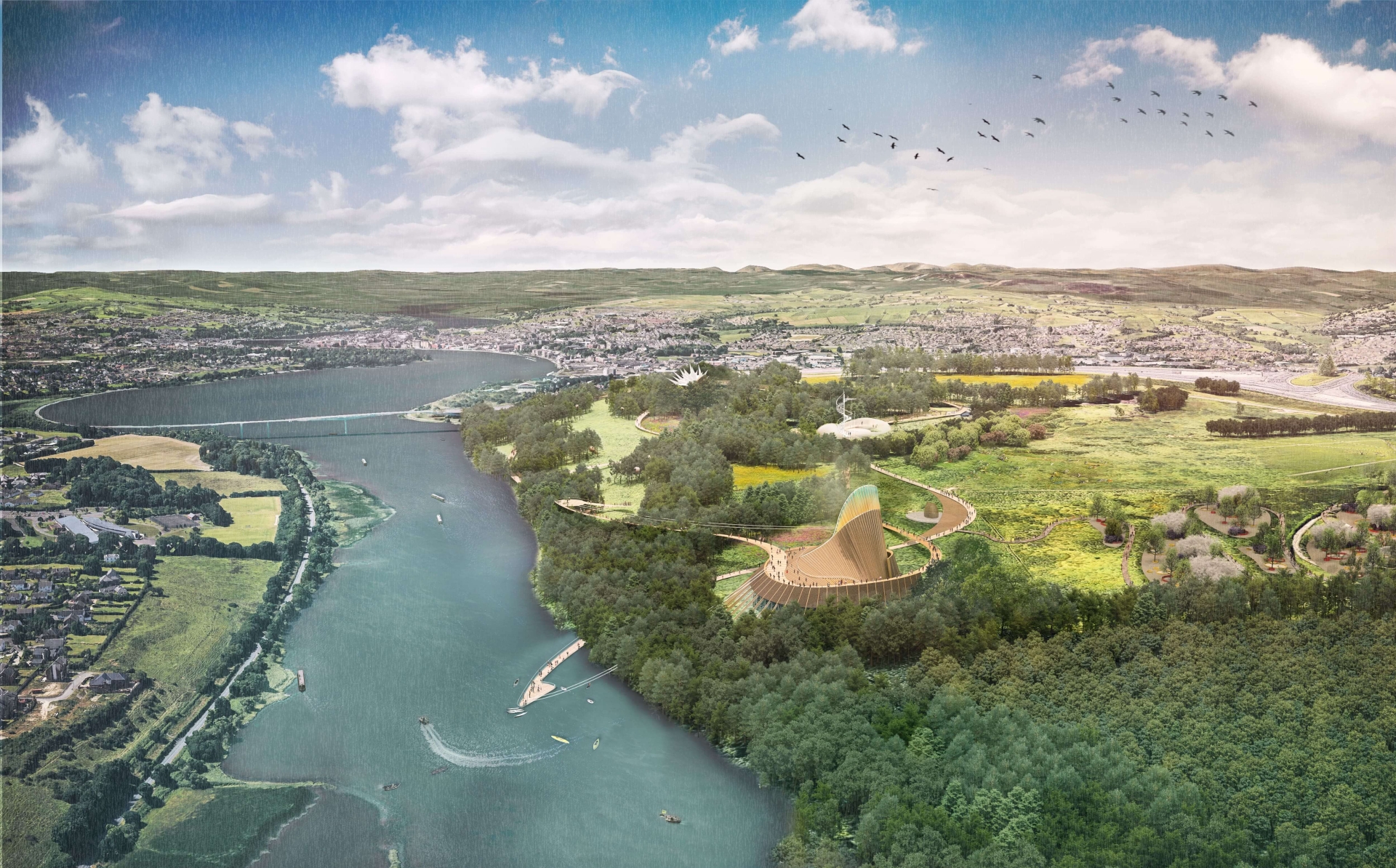 Plans for the site include walled gardens, tree-top and floating walkways, a water activity centre and play areas.

They say their plans will turn the site into 'the world's most fantastic playground'.

The plans for Eden Project Foyle were launched in Derry in February.

Speaking at the launch event, Eamonn Deane, the chairman of Foyle River Gardens, who is well-known in Derry through his community development work at the Holywell Trust, acknowledged that there have been 'false dawns' before about the development of the Boom Hall site.

However, he insisted that they would make Eden Project Foyle a reality.

“Ever since I can remember there have been people talking about what is going to happen with the Boom Hall site,” he said.

“I remember attending meetings 30 years ago about the future of the Boom Hall site.

“There has been false dawn, after false dawn about the Boom Hall project.

“And there has been false dawn, after false dawn about what is going to happen in Derry.

“All that we are very much aware of and somewhat nauseated by.

“We are saying that we will get this right before we are making any announcements that we are going to deliver.

“We are going to deliver,” said Mr Deane.

The second group which has put forward plans for the Boom Hall site is the Boomhall Trust.

The Trust, which was established in October 2019, also has charitable status.

Launching their plans earlier this year, Trust chairman, Jim Sammon, a prominent Derry-based chartered surveyor, said the buildings and land on the site have been unused and ‘run down for the past 50 years’.

“As the place where the boom across the river was broken in 1689, Boomhall is one of the most significant battle sites in European History.

“The landscape is also home to the biggest concentration of heritage trees in the city including many magnificent oaks.

“We aim to protect this unique human and natural heritage and make it accessible for everyone’s enjoyment without spoiling it with inappropriate and intrusive overdevelopment.

“We are proposing that the council designate Boomhall legally as a local nature reserve. This will protect the whole estate from inappropriate new build proposals which can be accommodated on other sites in the city.” 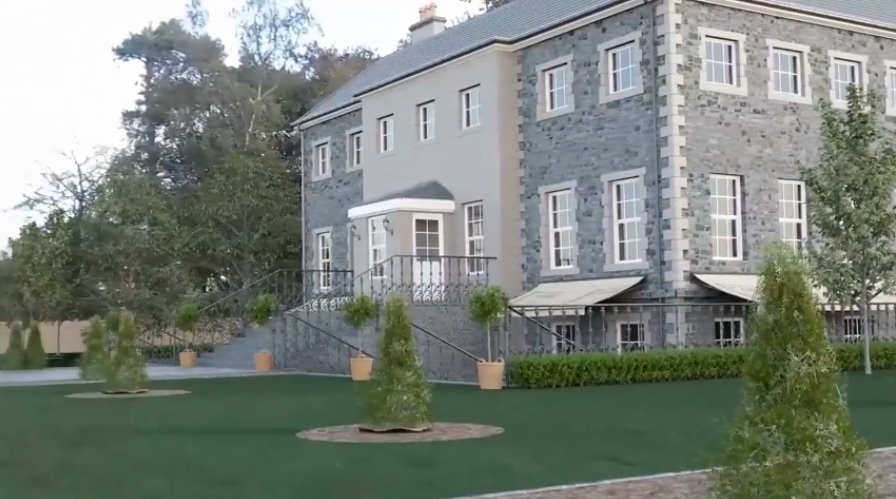 Above - An image of what a restored Boom Hall could look like.

Members of the Boomhall Trust last week spoke at a meeting of the local council's Environment and Regeneration committee on their plans for the Boom Hall site.

During their presentation, Mr Sammon highlighted the importance of the project.

“We have a once in a lifetime opportunity to bring Boom Hall back to life for future generations,” he said.

However, after the group's presentation, SDLP councillor John Boyle said the 'elephant in the room' was that two different organisations were competing to take forward the Boom Hall development plans.

He asked the members of the Boomhall Trust if the two groups could 'marry' their proposals and work together.

In response, Mr Sammon said the two groups were on a 'different wavelength completely'.

He said the groups had been working together at one stage but that their objectives were 'completely different'.

Council sources have told the Derry News that both groups involved in the Boom Hall proposals have 'very impressive' members involved.

“These are some of the best people in their fields throughout the world,” said one of the sources.

“There is a certainly a difference in opinion of what is best for Boom Hall and the surrounding site but the best outcome we believe would be if the two groups could find a way of working together.

“That would give us the best chance of being successful with this project.”

In a statement to the Derry News, a council spokesperson said the process in relation to the Boom Hall plans still has some way to go.

“Council officers are now actively progressing the preparation of a brief to select a development partner(s) for this historic estate.

“When complete, the brief will issue via a publicly advertised competitive process inviting submissions from interested third parties who can demonstrate that they can meet the relevant criteria.

“It is anticipated that the brief is likely to issue in the next few months,” the spokesperson added.

The battle for Boom Hall is far from over.