County Derry angler 'humbled' by his Pride of Britain nomination

Willy Darragh has raised over £70,000 to help health services deal with the Covid-19 pandemic.

Willy is originally from Magherafelt.

A County Derry man has said he was 'humbled' to be among the nominees for this year's Pride of Britain award, after helping to raise over £70,000 for frontline NHS staff.

Willy Darragh, from Magherafelt, harnessed the generosity of the angling community through a series of raffles and auctions to raise £72,600 for health care services throughout the Covid-19 pandemic.

As well as raising money, Willy helped source Personal Protection Equipment (PPE) for care homes, who he says were left behind a little as resources were channeled to the front line.

The Gracehill and Galgorm Angling Club member modestly tries to deflect attention from himself, preferring to praise the angling community's spirit.

"It's pretty humbling, to say the least. I was just the person behind the keyboard, but there was more than me involved in it," he told the County Derry Post.

"It puts the angling community out there and lets people see what they do, so they get the recognition for that. I've been involved in fishing all my life, I started when I was about seven."

The idea began following a conversation with Sam Glenn, a Belfast butcher and keen fisherman, who had asked Willy to organise and run a few raffles for fishing flies.

The fundraising effort soon took on a life of its own.

"He'd asked if I could run a few wee auctions or raffles," said Willy.

"So I said, 'no bother, that'll only take a few days'. Sixteen weeks later, here I am, still at it. It's been a nice journey.”

The funds Willy helped to raise have gone a long way to helping those in need, with those inside and outside the local community benefiting from his work. 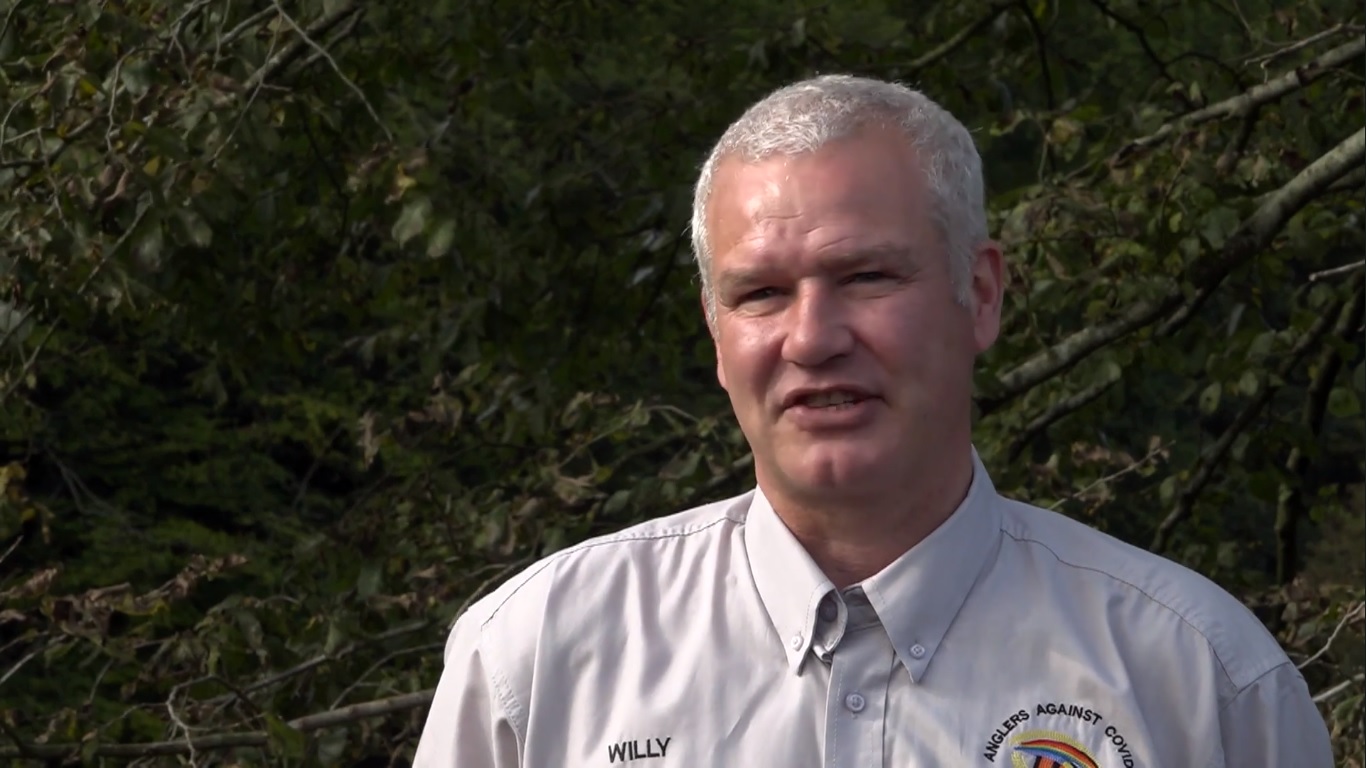 Willy appeared on UTV Live last week as one of the nominees.

“Willy in those very early days became a lifeline, not only for me but for other care home owners in my area,” she said.

“In those early days, we were just bombarded with requirements. We were trying to do what we never imagined we would have to do, and Willy came in and asked, 'what do you need?'

“I don't know what the angling term is but our local term from Magherafelt is that he's like a dog with a bone. Willy just made it his priority to make it happen.

“That became his reason for being, and he's still saying, 'what is it that I can do?', and that in my mind makes him a phenomenal individual.”

Willy's desire to help meant that his method of fundraising and distribution of funds was always ready to adapt.

“Social media has been fantastic. Sometimes it can go wrong, but it really worked well for something like this. Our finger was on the pulse from day one,” he said.

“We started raising money and then requests started to come in for PPE, especially when the care homes began to be left behind with everything being diverted to the NHS front line.

“They couldn't source it, even to buy. I got involved and started looking at places you could buy PPE, starting off with the visors, which were made locally.

“In the north west, we were in contact with a woman called Dawn Grieve went around asking hospitals and care homes what they needed. She then collected it and distributed it around the north west.”

In the end, the award went to cycstic fibrosis campaigner Liam McHugh from Castlederg, who raised money and drove a campaign to have life-transforming drug, Orkambi, made available for eligible patients in Northern Ireland.

To be nominated for the Pride of Britain award is something that Willy welcomed, but the Magherafelt man says there is more work to be done amid the onset of a second Covid wave.

“I have PPE at home still in stock, and funds there as well. We decided to hold back to see if it was needed again, but if it's not we'll distribute it between charities – most likely the hospices,” he said.

“It's been a nice journey, I've really enjoyed doing it. The satisfaction has been amazing. To see the generosity and compassion people have shown; it blew me away.”