Dara 'an inspiration' as he prepares for 'Voice' final

The Moneyneena teenager will appear in the show's finale this weekend. 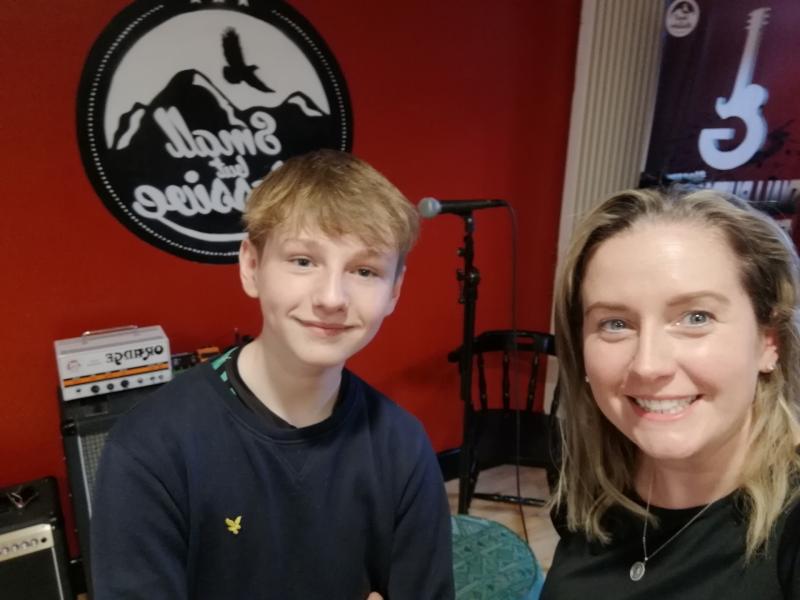 Voice Kids finalist Dara McNicholl's former primary school music teacher has said this voice is a 'gift he must share with the world', as the Moneyneena teenager prepares for the competition finale.

“He was maybe P5 or P6 when I realised that there might be a little voice in there that needs to be heard,” she told the County Derry Post.

“The routine in our school would be that I ask if any children want to have a go at auditioning for a solo piece, so Dara would come up to the piano and this beautiful, soft, quiet voice would come out.

“He sang solo at various religious ceremonies as well, but it was really towards the end of P7 when his voice was developing so much more.

“He was using a lot of ornamentation and trills and it came to light when he was singing an Irish song, with the traditional voice.”

It was while singing an Irish song at his primary school show that the wider community began to take notice of the 13-year-old's phenomenal talent.

Patricia recalled the moment his mum, Donna, was overcome with emotion watching her son hold an audience spellbound.

“At that concert, when Dara sang the Irish song, I was sitting behind Donna,” she said.

“He hadn't sang it for his mammy purposely, and Donna just turned around and looked at me, and I looked at her, and there were tears in her eyes. I just nodded as if to say, 'I told you so'.”

In a nod to the community ethos in Ballinascreen, Mrs Herron said the fact Dara is so grounded and kind is testament to his upbringing.

“He is such a lovely young man, so mannerly and kind. Even when I watch him on The Voice, he's always worried about everybody else,” she said. 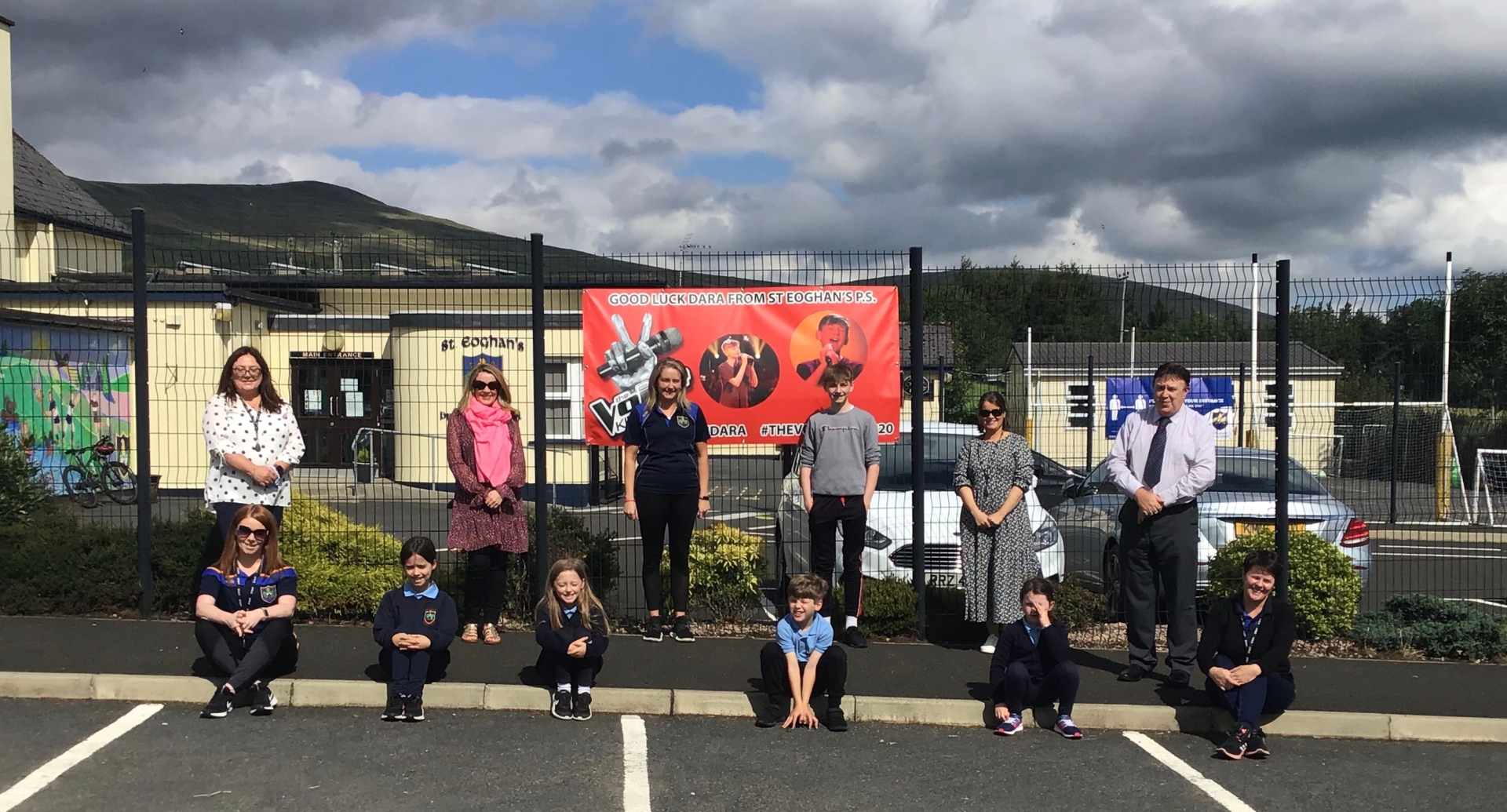 Pupils and staff at his former primary school, St Eoghan's, beside a poster in support of Dara McNicholl

“His voice is an absolute gift, and a gift that he must share with the world, because anybody I've spoken to just wishes him so much luck.

“Behind that is a lovely young man, and we wish him all the best. He's very grounded and so are his family.”

Dara's exploits in The Voice Kids competition have enthused pupils and staff alike at a school where they take performance and the wholistic view of the child seriously.

“In St Eoghan's, we place a lot of importance on performing, and getting to know children's talents, discover what they are and develop them,” said Mrs Herron.

“Some schools think nowadays that concerts and opportunities to perform take away from learning time, but that is when you learn things like resilience, self-confidence and self-esteem.

“The children from this area seem to be very musical and it's an important part of our school, but Dara is such an inspiration.

“From Primary 1 right up to Pimary 7, and indeed the staff, they just want to be like Dara. Any chance to sing now in school, I'll have a line of about a hundred children waiting to audition for a solo part!”

After securing his place in the final with a beautiful rendition of Sinéad O'Connor's 'Nothing Compares 2 U' on Saturday, Dara will take on fellow contestants George Elliott, Victoria Alsina and Justine Afante in the final.

Coach Paloma Faith described his voice at the weekend as one of 'pure beauty' and his primary school music teacher agrees.

“To see a young child come in in P1, get to be such an amazing singer by the time he leaves school, and then to excel and develop, I just can't wait to see what the future holds for him,” she said.

“I heard him in an interview, and one of the lines he used was, 'I just want people to listen to my voice.'

“Now people have heard it and they're sitting up, waiting to hear what comes next.”

You can watch Dara in the final of the The Voice Kids this Saturday, August 29, at 7.25pm on ITV.