Monks hope that the new facility will become a community hub 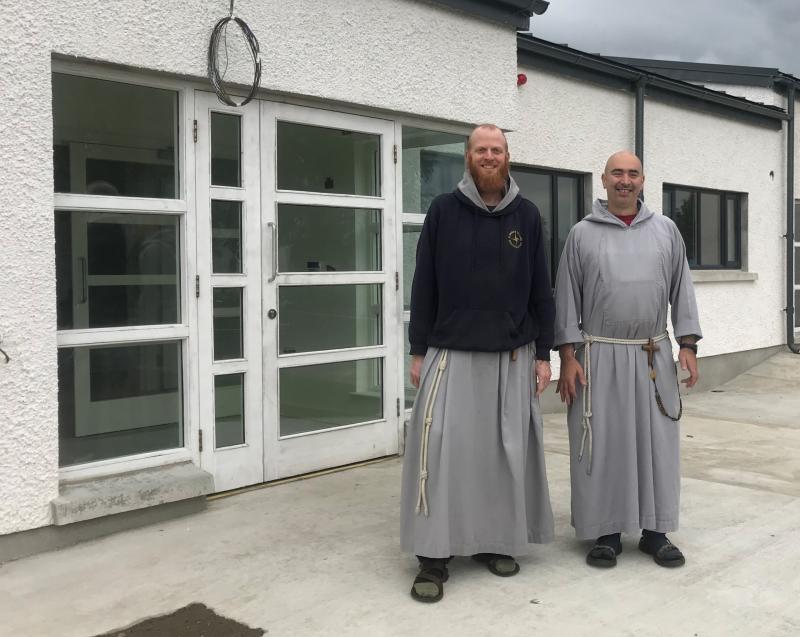 Br. Benedict and Fr Isaac in front of the St. Pio House

A centre run by a small group of Franciscan Friars will open in Derry later this summer.

Based at the former St Joseph's Parish Centre in Galliagh, the new St Pio Centre will be a place were the Friars can carry out their work.

The Franciscan Friars first came to Derry in 2009 at the invitation of Bishop Seamus Hegarty.

They lived on Abercorn Road for five years before relocating to the Parochial House at St Joseph's parochial house in Galliagh, which is now St Columba's Friary.

The Friars have since become a familiar sight in the local community and have built up strong relationships with the people who live there.

After their arrival in the city 11 years ago, they became chaplains at St Brigid's College and also work closely with Heal the Hurt counselling and addiction service, as well as preaching and teaching.

The Friars also celebrate mass at the 'White Chapel' in Galliagh on Tuesdays and Fridays and one weekend a month.

"It has been great to meet people," said Fr Isaac, one of the Friars.

"We are not parish priests so it's not something we usually have.

"We feel very much part of the Derry community now, especially in Galliagh."

In Spring of 2017, the parish riest of the parish of the Three Patrons, Fr Michael McCaughey, approached the Friars about taking over the former parish centre.

"After a long series of meetings we decided to lease the centre from the parish and the construction process began," said Fr Isaac.

The Friars have knocked down almost half of the old parish centre to create the new Apostolic Centre, which will hopefully be completed by the end of next month.

The funding for the new centre was raised by the Friars and the local parish with the help of a number of benefactors.

"It's our place," explained Father Isaac.

"It's our first place in the city to do that work that God is calling us to do."

The St Pio Centre will have a coffee bar.

"It will have beautiful furniture, and be really well lit with music playing and it will be a place for the Friars to connect with their neighbours," said Fr Isaac.

"It is our desire that our neighbours in Galliagh will come, but it is open to anyone.

"Fr Issac says the work of the new Apolistic Centre will be guided by the needs of the local community.

"In the 11 years that we have been here we have able to plug into the already existing groups and we have been so blessed to be a part of them.

"People have asked what sort of services will be available but we will see what needs present themselves,” said Fr Isaac.

"And we will continue to work with the organisations that we are already closely working with."