Renewed calls for Derry nun Sister Clare Crockett, who died in an earthquake four years ago today, to be declared a saint

Special anniversary Mass to be streamed this weekend 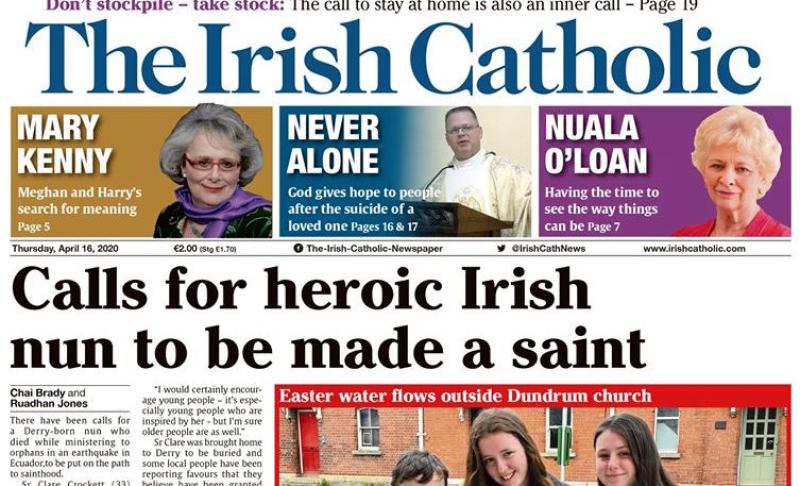 An article in this week Irish Catholic newspaper is highlighting the calls for Sister Clare Crockett to be declared a saint.

A special Mass to mark the fourth anniversary of the death of a young Derry nun is to be streamed online this Sunday.

Sister Clare Crockett died in April 16, 2016 after her school in Playa Prieta, Ecuador was hit by an earthquake.

Today is the fourth anniversary of her death. 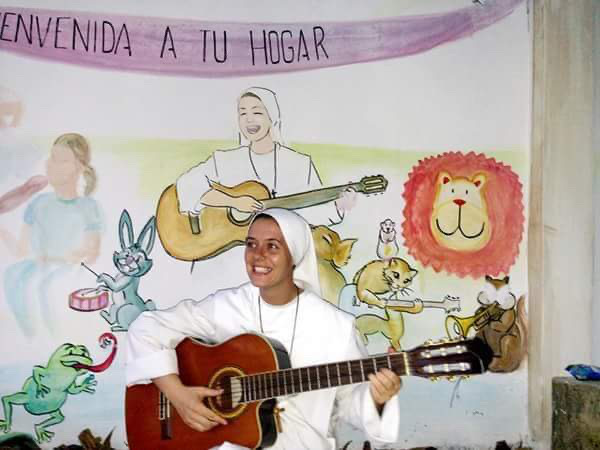 The young Derry woman was just 33-years-old when she passed away, but she left a remarkable legacy.

In the years after her death, her order The Servant Sisters of the Home of the Mother released a film about her life.

It tells the story of how Sister Clare lived as a typical teenager  before receiving her calling to become a nun.

In the last number of years a weekly Novena dedicated to her memory has been said at the Search youth group premises in the Iona Business Park.

It is said to have brought healing to many people and calls have now been made for Sister Clare to be canonised after several miracles have been attributed to her.

This week's edition of The Irish Catholic carries an article on the calls for Sister Clare to be dedicated as a saint.

The novena prayer has also been used to bring comfort to people during the current coronavirus crisis.

"She didn't really become well known until after she died and it was then people from around the world began to talk about the things she had done for them," said local singer Micky Doherty, who helps run a the weekly prayer group.

"We are asking anyone who has a favour granted after saying the Novena to contact her order on  sisterclare@homeofthe mother.org."

A special mass is said in memory of Sister Clare on the first Sunday of every month in Termonbacca Retreat Centre in Derry.

The anniversary mass will be streamed on the Termonbacca Youtube channel and on its Facebook page at 7pm this Sunday evening.