Emergency services respond quickly to the incident in Dungiven 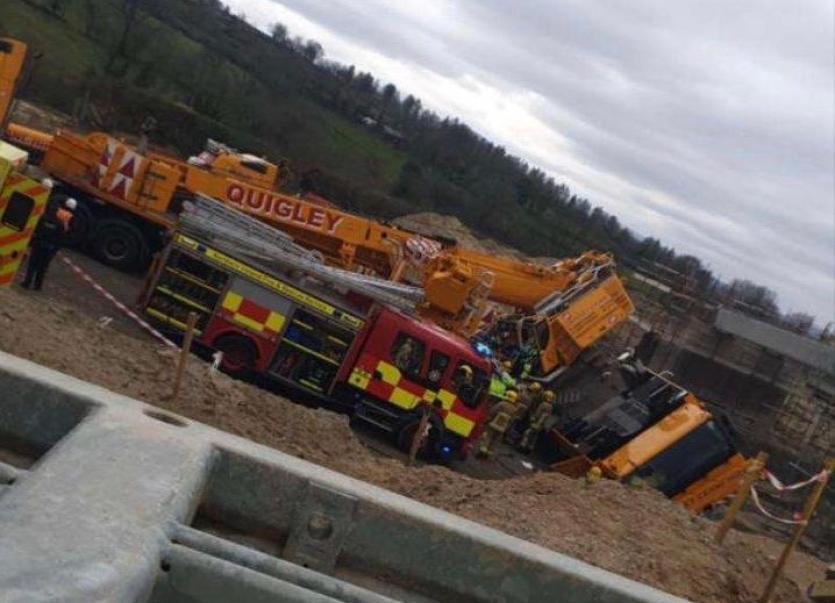 The crane toppled over earlier today close to Dungiven.

Emergency crews were quickly on the scene this afternoon after a crane being used on the ongoing main Derry to Belfast road project toppled over.

The incident took place at a construction site near Dungiven.

The emergency air ambulance was also seen arriving at the scene.

There are no further details yet about the incident or the extent of any injuries suffered by anyone caught up in the incident.