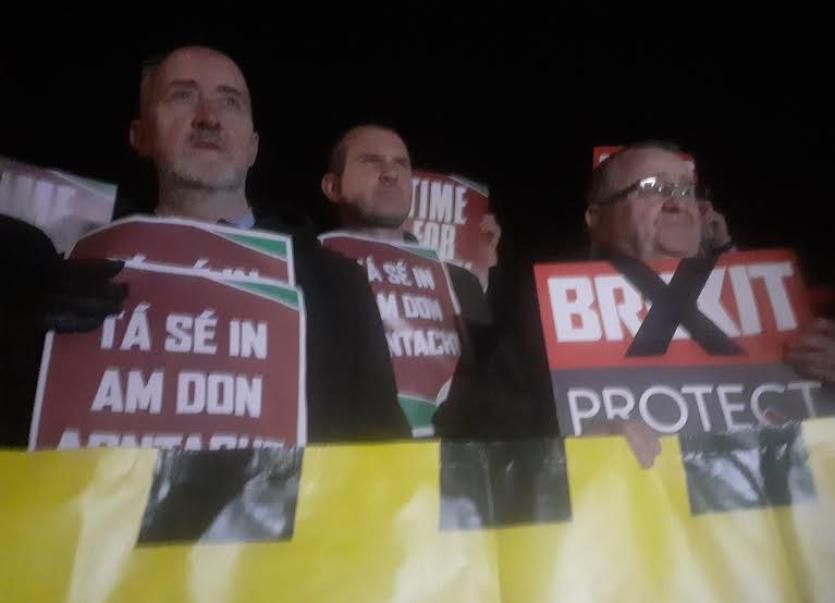 Former Mayor of Derry Cathal Crumley and current Sinn Fein Councillor Mickey Cooper were among those at the protest.

Over 100 people have taken part in a protest on the Derry-Donegal border tonight - an  before Britain officially leaves the European Union.

The demonstration at the border crossing at Bridgend on the main Derry-Buncrana road was one of a number held along the border to send the message that local communities rejected Brexit.

The local protest was organised by Border Communities Against Brexit (BCAB) who stressed Brexit – which officially occurs at 11.00pm tonight - did not have the support of the people in the North of Ireland.

Among those in attendance was Sinn Fein's Martina Anderson who was seeing out her final hours as an MEP.

Addressing those present with an hour to go to the 11.00pm deadline, she said Brexit was more than being about cows and sheep, tumble dryers and washing machines receiving EU protection, "it is about people."