Striking health worker unions are expected to respond today to a pay offer made by Health Minister Robin Swann earlier this week. Nurses and health care workers have been staging industrial action in protest against pay and staffing levels which they say are unsafe. 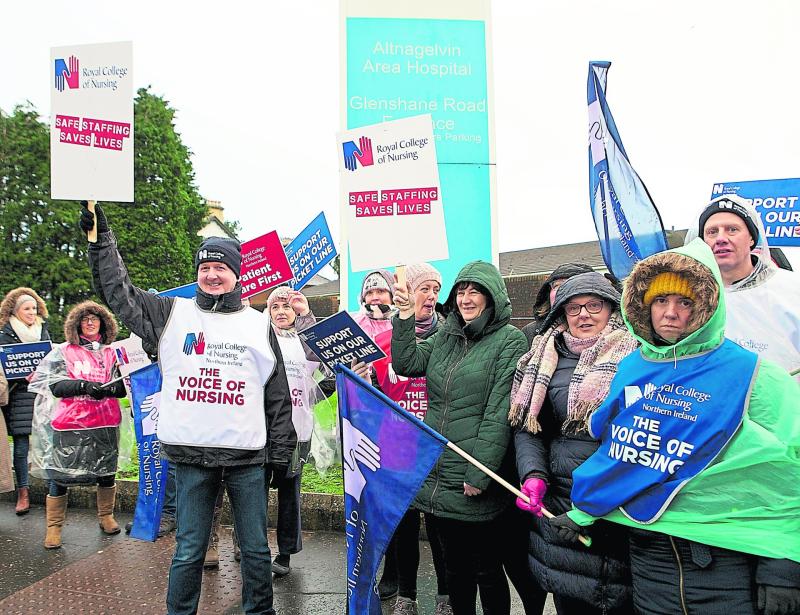 Striking health worker unions are expected to respond today to a pay offer made by Health Minister Robin Swann earlier this week. Nurses and health care workers have been staging industrial action in protest against pay and staffing levels which they say are unsafe.

On Tuesday, Mr Swann announced a plan in the Northern Ireland Assembly chamber to add an extra £30 million to previous available funding to bring wages for health care workers here  up to the same level as England, Scotland and Wales.
On the issue of staffing, he said safe staffing would not be achievable immediately but that he would work with his staff to draw up a workable plan.

Healthcare unions, the RCN (Royal College of Nursing, UNISON and NIPSA are widely expected to accept the offer today. However, they have expressed concern the money was coming from Stormont's finances and not additional funding from Westminster. Northern Ireland Secretary, Julian Smith, had previously indicated money to end the dispute would be provided by the British Government.

“I am delighted that health and social care workers in the North will achieve pay parity."

Health workers are the backbone of our health and social care system.

“People working at all levels of the health service consistently deliver high-quality and compas- sionate care in extremely difficult situations."

“It is unfortunate that over recent months our health workers have been left with no option but to strike and I commend the work of trade unions who have stood up for pay justice for HSC workers and safe staffing levels.

“I also welcome the commitment from the Health Minister to produce a costed implementation plan for safe staffing levels in the near future.This must be done in close co-operation with the health trade unions.

“There is an onus on the British Government to deliver upon their commitment to provide the necessary finances.”
She concluded: “Sinn Féin will continue to support our health staff in the time ahead and hold the Minister and the Department of Health to account to ensure these commitments are lived up to.”