Proposed landscaping works by the Northern Ireland Housing Executive (NIHE) for the Meadowview Crescent area of the city, have been welcomed by SDLP MLA Markk H Durkan. 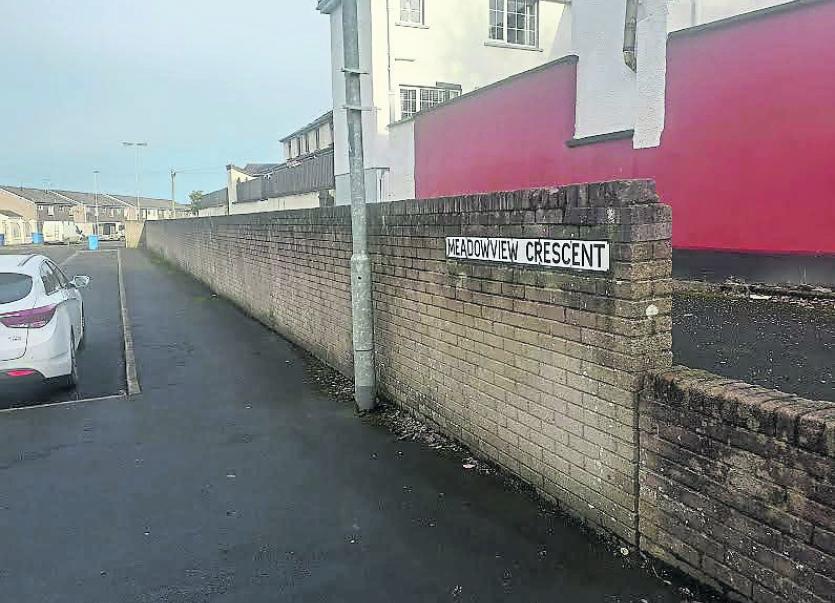 Meadowview Crescent in the Rosemount area.

Proposed landscaping works by the Northern Ireland Housing Executive (NIHE) for the Meadowview Crescent area of the city, have been welcomed by SDLP MLA Markk H Durkan.
Mr Durkan, who had previously raised health and safety concerns regarding cobbled pathways in the area, said he was “pleased” to see the issue progressing.
The MLA for Foyle commented: “I had previously raised concerns in regard to the poor state of pathways in the Meadowview Crescent area of Rosemount and called upon the Housing Executive to consider a redesign of the area.
“A key concern for many residents is the removal of cobbled edging strips and uneven slabs on pathways around the estate.
“These pose a significant Health and Safety risk, particularly to children playing in the area.
“I am pleased to see that proposed landscaping works put forward by NIHE addresses all of the above. The plans aim not only to re-design the hard landscaped areas at the end of the terraced houses but also include the installation of grass areas, shrubbery and trees- which will no doubt improve the overall appearance of an estate which has fallen into a state of neglect in recent years.
“The staff at NIHE must be praised for their efforts in bringing this to consultation stage and I remain hopeful that residents will support these innovative plans.”
Mr Durkan concluded: “I look forward to seeing these much-needed designs become a reality.”