Calls for upgrades to local play parks within Glenullin, Kilrea and Ballerin

Councillor Sean Bateson has called for vital improvements to facilities within the Bann area. 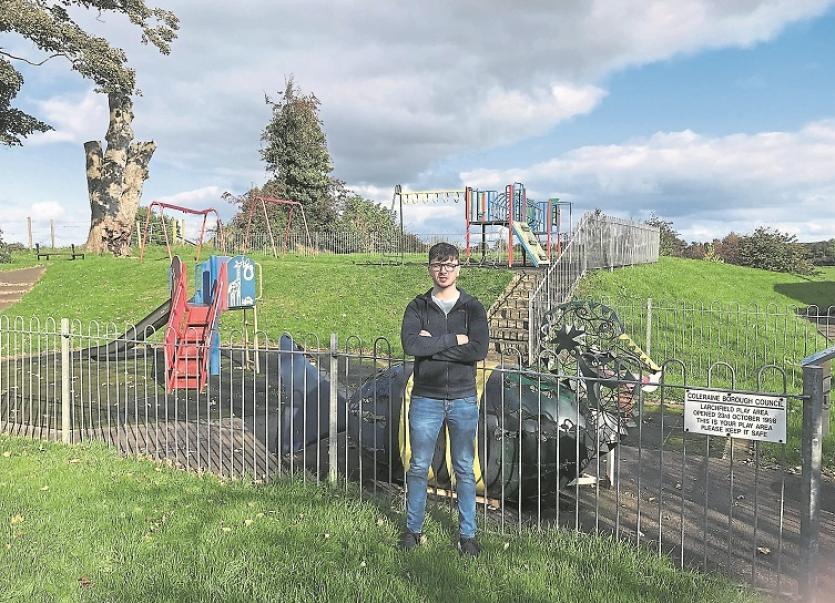 Cllr Sean Bateson has called on upgrade work to begin on local parks inlcuding in his native Kilrea.

Having attended the meeting, Councillor Bateson voiced his concerns with the current play provisions, particularly in Larchfield, Kilrea and urged for much needed improvements.

He said: “Outdoor play areas must be attractive, safe and welcoming for all children.

"The current facilities on offer within these areas have been noted in recent reports by Causeway Coast and Glens Council for much needed improvements and maintenance.

"Some of these play parks such as Larchfield, have been left in a serious state of disrepair.

"This has been raised to me by a number of local residents. I have voiced their concerns and made the case that the current facilities are unacceptable.

"While I welcome the report done at reviewing play facilities, I hope the findings from the report are implemented and the current play facilities are renewed to a a suitable standard as soon as possible. I will continue to make clear to the council that it is vital improvements are made to these sites”.