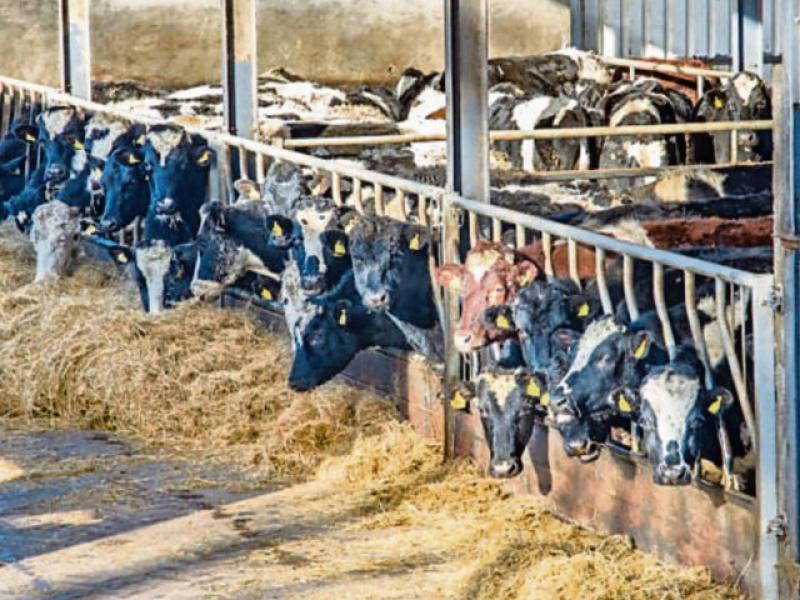 File Pic: Cows are a large contributor to methane emissions

An Taoiseach Micheál Martin has confirmed that Ireland will be among 80 countries that will agree to sign a methane emission reduction pledge.

The Fianna Fáil leader explained: "We will contribute globally to a global reduction. It’s a global pledge, it’s not country-specific."

"We will develop our climate action plan which will give our specifics in respect of each sector."

A great deal of the world's methane emissions comes from agriculture.

It is estimated that methane gases are responsible for approximately 30 per cent of global warming.

The summit, the full title of which is the 2021 United Nations Climate Change Conference, also known as the 26th Conference of Parties(COP26), is also expected to bear witness to an agreement later today to halt deforestation by 2030.

It is proposed that richer countries will pay poorer or developing ones to halt the clearing of forests for activities such as agriculture and mining.

A number of developments have taken place so far at the COP26 summit, which is currently underway in Glasgow, Scotland.

Meanwhile, a video clip has gone viral that appears to show US President Joe Biden Biden falling asleep while the speaker says the future of humanity is at stake.

US President Joe Biden appears to doze off while waiting to give a speech at #COP26 on Monday.

Veteran broadcaster and impassioned climate activist David Attenborough also called on world leaders to take action, while UK Prime Minister Boris Johnson was criticised after he was spotted not wearing a face mask while sitting beside the 95-year-old.

If you can’t bring yourself to wear a mask while sitting next to 95 year old David Attenborough, how can you say that you actually care about other people? @BorisJohnson you really should be ashamed of yourself pic.twitter.com/CCpyu0kVEa

The summit has also faced some scathing criticism in recent days: youth climate activist Greta Thunberg has lambasted world leaders in attendance at the event, telling protestors near the River Clyde, which flows through Glasgow: "Change is not going to come from inside there – that is not leadership, this is leadership."

In addition, the summit has been criticised after Israel's Minister for Energy, who relies on a wheelchair for mobility, claimed that she was unable to properly enter the summit as it was inaccessible to her.