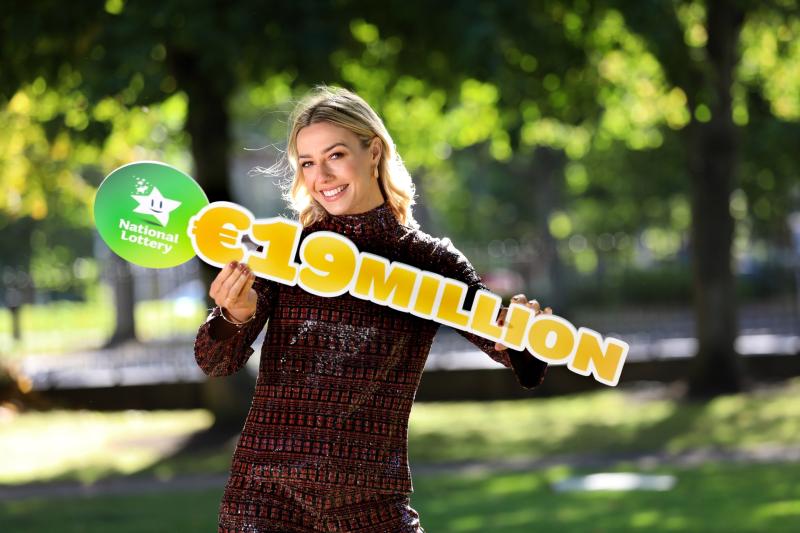 The build up to the biggest Lotto prize ever in Ireland continues this weekend ahead of Saturday’s capped Lotto jackpot of €19,060,800.

The jackpot which has been rolling since June has now surpassed the previous cap and a single winner of Saturday night’s  jackpot will officially eclipse the €18.96 million Lotto win of the Dan Morrissey syndicate in Carlow in 2008.

The jackpot is now capped, meaning that no additional money will be added to the jackpot prize until it is won. The funds that would normally go to the jackpot will now be distributed to the next lower prize tier at which there are winners.

Ahead of Saturday’s record Lotto draw, a National Lottery spokesperson outlined what the jackpot cap means for prize winners in the guaranteed €19 million jackpot draw.

“The Lotto game really is in unprecedented territory and it’s incredibly exciting for our players. We have a capped record jackpot of over €19 million up for grabs and for the first time in Lotto history, the jackpot prize fund will flow down to lower prize tier levels”.

“What does this mean for our players? The prize money which is usually added to the jackpot prize is guaranteed to be won at lower prize tier levels this Saturday. The National Lottery estimate that approximately €1 million in additional prize money will now flow down to the next prize tier where there is a winner. This prize boost will be in addition to the normal tier prize for this category,” they said.

With excitement building even further for Saturday night’s €19 million Lotto draw, the National Lottery continues to advise players hoping to scoop the prizes on offer to continue to follow public health guidance when in-store and to avoid unnecessary queues by purchasing their tickets early ahead of the 7.45pm cut-off on Saturday evening.

Tickets can also be purchased on the National Lottery app or at www.lottery.ie.