The Council broke with its 'no flags' policy to fly the flag in Dungannon. 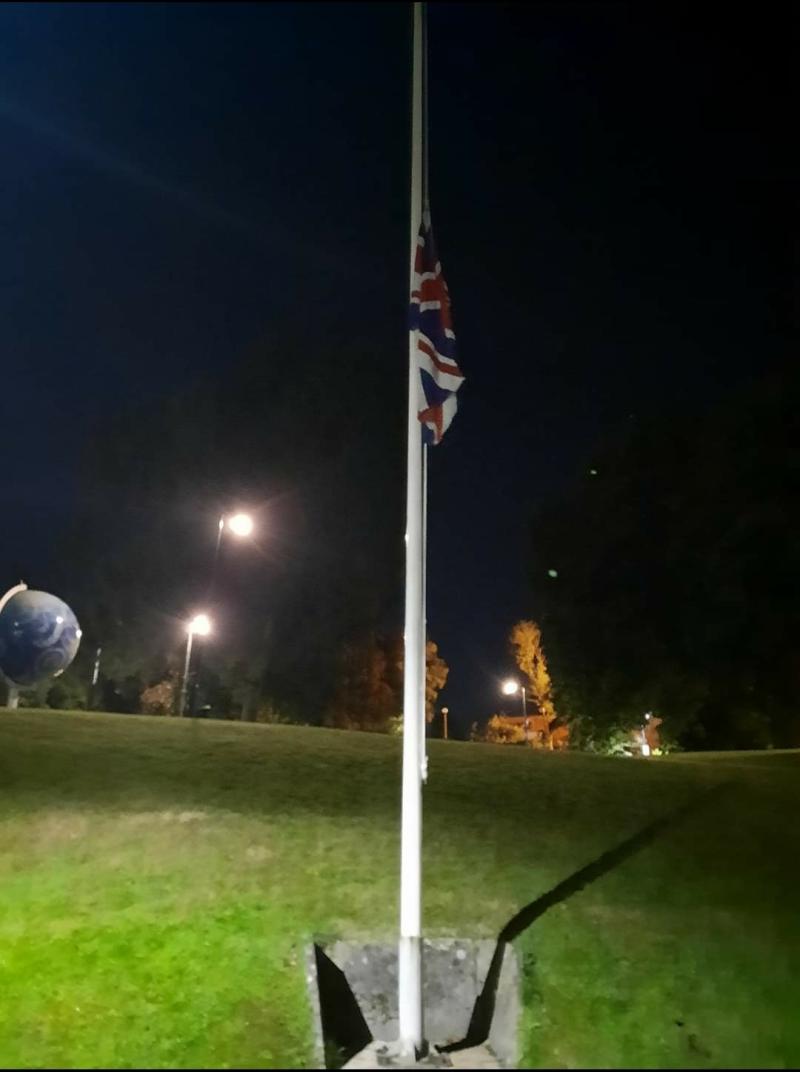 The Union flag flying at half mast outside Mid Ulster District Council premises in Dungannon.

Unionists in Mid Ulster have voiced their disappointment after a local council's decision on flying the Union flag during the period of mourning for the late Queen Elizabeth II.

Despite Mid Ulster District Council operating a 'no flags' policy, councillors representing the DUP and UUP had requested an exception to allow the Union flag to be flown at half mast.

However, councillors agreed to fly the flag at half mast only at the Council offices in Dungannon and not at premises in Cookstown and Magherafelt.

A joint statement from DUP and UUP councillors said they were 'disappointed' with the outcome.

“Mid Ulster constituents share in this great loss but are also saddened that parties within the Council whilst calling for a shared future, at the same time are blocking others from expressing their respect in the same way as local authorities throughout the rest of the United Kingdom by flying the Union Flag at half-mast for ten days,” they said.

Traditional Unionist Voice (TUV) representatives for the constituency went further, describing the decision as 'diabolical' and said Council had caused 'hurt and distress' as a result.

“It is with a profound sense of disappointment that we have witnessed another case of discrimination against the Unionist minority in Cookstown and Magherafelt,” said a spokesperson.

East Derry MLA Claire Sugden said she admired her 'leadership, grace and service of others'.

“For far to (sic) long now this republican controlled council has used various tactics to ride roughshod over the civil and religious liberties of their Unionist neighbours.

“That being contrary to their leader who only the other day said to reach out the hand of friendship to their Unionist neighbours.”

The group appealed to the Council to 'reconsider this diabolical decision and do the right thing'.

“These councillors either don’t know or don’t care what untold damage they are doing to community relations in these areas,” they said.

“All we are asking is that they take their own advice and show tolerance, integrity and equality at a time when tolerance could go a long way.”

A Council spokesperson said they had taken the decision in 'exceptional circumstances'.

“While the Council has a no flags policy, as a mark of respect in this exceptional circumstance, party leaders have agreed that a flag will fly during the mourning period outside the main civic offices in Dungannon,” they said.