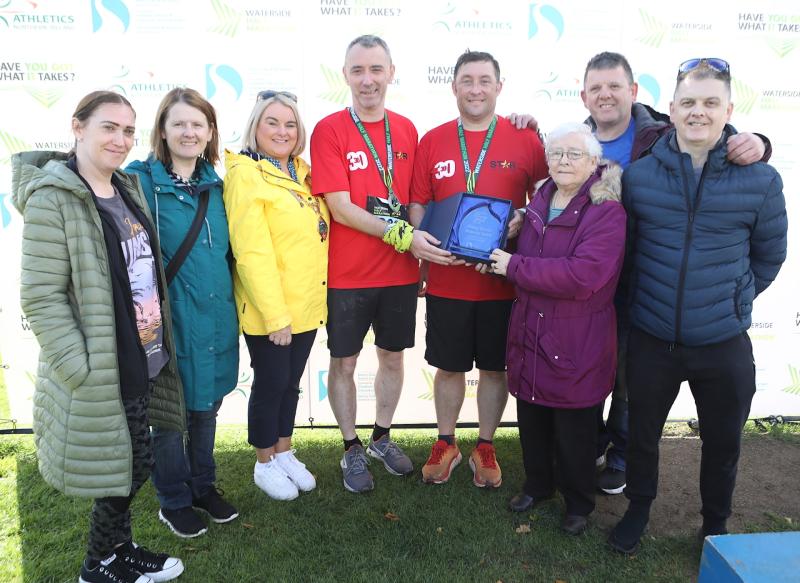 Star running club runners Stephen Quigley and Seamus Crossan have been presented with the inaugural Danny Sheerin Award by the Sheerin family and Mayor of Derry City and Strabane District Council, Councillor Sandra Duffy, after Sunday’s Waterside Half Marathon.

The award seeks to recognise members of the local running fraternity who embody the spirit of participation and encouragement that Danny was so well known for.

Mr Sheerin took part in every Waterside Half Marathon since the event’s inception in 1981, even when he was unwell with a cancer diagnosis in recent years.

He took part in scores of Marathons, Half Marathons and Triathlons in the city for decades, including every Derry Marathon, and sadly passed away following his long battle with illness less than two weeks before this year’s Waterside Half.

Stephen Quigley and Seamus Crossan are currently taking part in a ‘30 in 30’ challenge in the month of September where they will aim to run 30 half marathons in 30 days to raise funds for Foyle Search and Rescue and the Danny Quigley Fund.
The Waterside Half Marathon was their fourth 13.1 mile run in the challenge.

Mayor Sandra Duffy congratulated the pair after presenting them with the cup at Sunday’s event which concluded on the running track at St Columb’s Park running track.

“It was a real honour for me to present the award to Stephen and Seamus on behalf of the Sheerin family,” she said. “It is a fitting way to continue the spirit of taking part and leading by example that Danny was so well known for.

“Just as Danny was for decades, Stephen and Seamus are regular fixtures on the roads and greenways of the city and love getting outdoors and connecting with people on their runs. 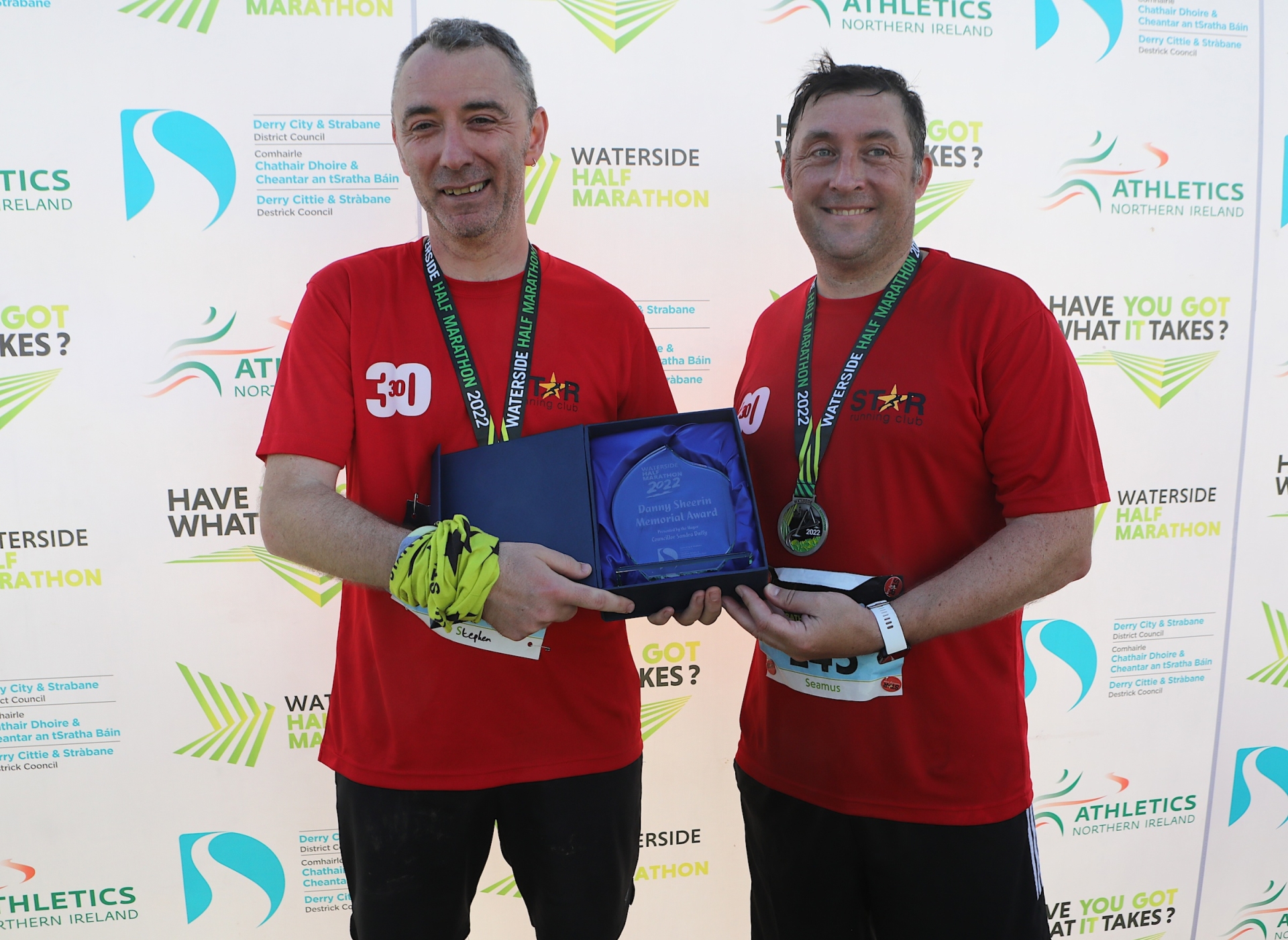 Stephen Quigley and Seamus Crossan with their award.

“The boys and their club are great supporters of local athletics events and have words of encouragement and advice not just for their club mates in Star but for all the runners they meet along the way.

“I would like to thank the Sheerin family for this initiative and congratulate and wish the two boys the best of luck with the rest of their challenge.”

A spokesperson for the Sheerin Family added: “Danny would be so proud and honoured to know that his legacy of sportsmanship, participation and encouragement lives on through awarding this award annually to those who inspire in the same manner.

“The Sheerin family would like to thank the Waterside Half Marathon Committee, Derry City and Strabane Council, the Mayor and congratulate Stephen and Seamus on winning this award.”

Stephen Quigley thanked the Sheerin family and the Mayor for the award.

"Seamus and I were absolutely blown away to receive the award at the end of Sunday's event," he said.

"I remember Danny encouraging us to keep at it when we started out on our running journey and even talking us along during our first Waterside Half when we were way down the field!

IN PICTURES: Up and Running - Waterside Half Marathon returns

Gideon Kimosop and Catherine Whoriskey win the 2022 Waterside Half Marathon

"Danny had a close connection with the Bogside and Brandywell Health Forum and was always in encouraging people there to get out and get active so it's fitting that we received it during our fundraising campaign for them and Foyle Search and Rescue.
"We're not athletes we just like to get out and exercise in the open air an encourage others to do the same.

"This means the world to us and I would just like to thank the Sheerin family and Mayor Duffy for this amazing gesture."

You can follow the exploits of Stephen and Seamus as they attempt their challenge at their Facebook page ’30 in 30’ where there are links to donate to the fund raising campaign.