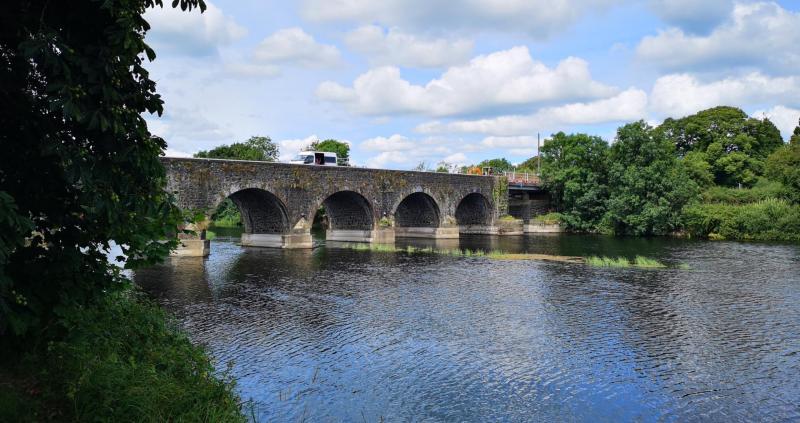 A local councillor has warned that ignoring the closure of an integral County Derry bridge could lead to a delay in its reopening.

Causeway Coast and Glens councillor Sean Bateson has hit out after reports of people ignoring the road closure signs to both walk and drive over the closed Bann Bridge at Kilrea.

The crossing is a vital piece of infrastructure in the area, and its closure has resulted in lengthy round trips to reach Kilrea from County Antrim, with motorists diverted via Portglenone or Agivey.

At the beginning of the month, Cllr Bateson received assurances from the Department for Infrastructure (DfI) that the bridge would be completed on time, allowing free access to the town for the upcoming return of the Fairy Thorn Festival this weekend.

A previous warning given by Cllr Bateson went unheeded.

However, the Sinn Féin representative issued a warning over the weekend to those continuing to use the bridge despite its closure, despite a previous similar warning.

"Having to post this again after speaking with DFI roads this morning," he wrote on his Facebook page.

"Some people out there are still determined to ignore the closure in place and put the works back another few weeks. If this applies to you please have some respect for the local community and businesses who have been affected with this closure.

"Do not be walking or attempting to drive over the bridge this next week. If this does happen, unfortunately the material will need to be reapplied and the closure will be in place for longer.

"As things stand the bridge is to be opened for Friday but if anyone decides to selfishly ignore the closure over the next week it will be set back," he added.