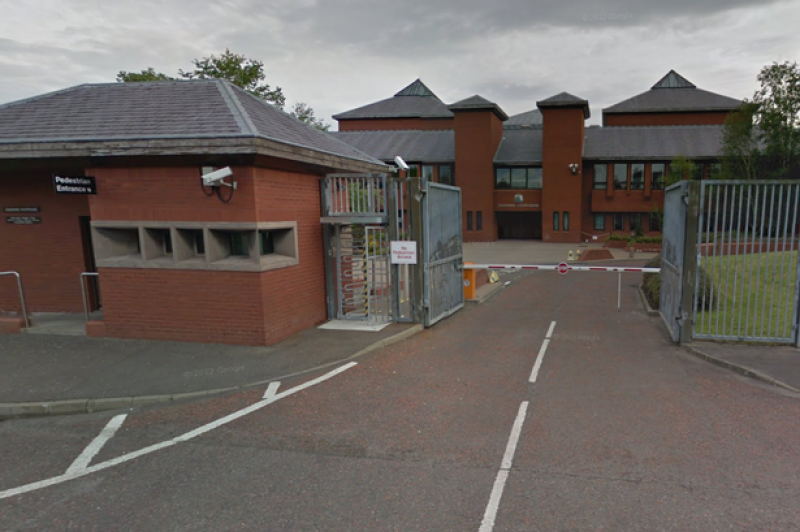 A County Derry man who appeared before a local court today (Monday) charged in connection with an attack in Limavady on Friday has been released on bail.

Declan Gallagher, with an address at Benbradagh Avenue in Limavady, appeared before Coleraine Magistrates Court charged with causing grievous bodily harm with intent and possession of an offensive weapon.

The charges related to an incident which took place in Limavady on Friday night  in which a man in his 20s was allegedly attacked with bats.

An investigating officer told the court that police were dealing with an unrelated matter in the Gorteen Crescent area of the town when they heard shouts and screams coming from the direction of nearby O'Cahan Way.

When they approached the area, they found a man with a laceration to his head and facial injuries, who identified himself to police.

Officers noted that a dark coloured Range Rover had been abandoned close to the entrance of the cul-de-sac and a short time later two men approached the vehicle.

One of the men – Gallagher – was carrying a metal baseball bat while the second man was carrying a dark item in his hand which police were unable to identify.

Officers asked the men to stop twice however one of them ran off and was chased by a police officer.

He was subsequently detained and after questioning was released on police bail, the court heard.

40 year-old Gallagher, who got down on the ground, was also arrested and charged with the offences after questioning.

A torch and the baseball bat, which were discarded in a nearby garden, were retrieved by police.

The court heard that the victim of the attack had been cycling in the area when he was attacked.

A witness stated that during the attack, which lasted three to four minutes, the injured party received 'constant blows'.

When a member of the public told the attackers that the police were on their way, they continued to attack the man 'without fear', an investigating officer told the court.

The victim sustained a dislocated jaw, a fractured eye socket and fractured cheek bone as a result of the assault, however the court heard that he claimed he didn't want to make a statement to the police.

Gallagher's barrister Ciaran Roddy said his client, who the court heard is currently on licence, claimed he was defending the victim rather than assaulting him.

Applying for bail, Mr Roddy said custody would not suit Gallagher, who suffers from long Covid and sleep apnoea.

He stated that the defendant could be 'managed' on suitable bail conditions.

District Judge Peter King agreed to release Gallagher on bail of £500 provided he adhere to a number of conditions.

Gallagher must reside at his home address and not have any contact with the injured party, co-accused or witnesses in the case.

He is also forbidden from entering the Glenmill Park and Glenview Drive area of Limavady.

The case has been adjourned until September 28.