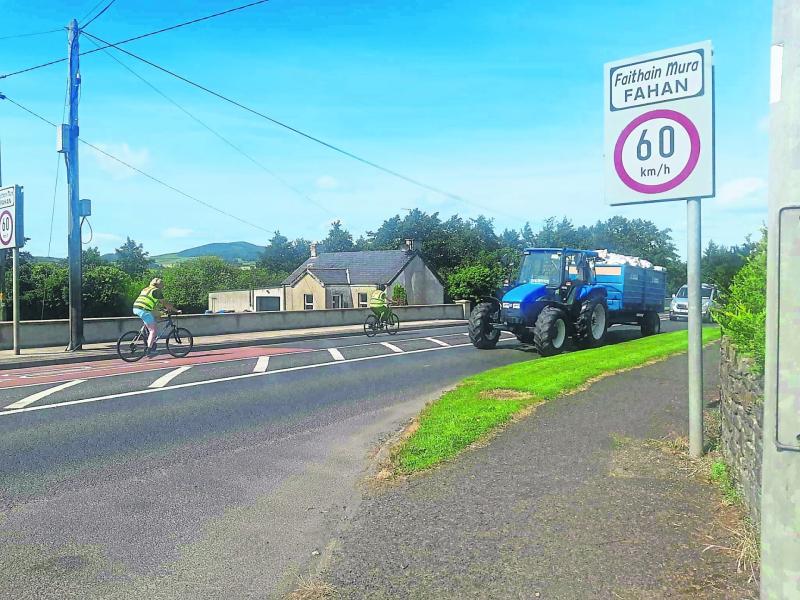 The delay in establishing a cross-border greenway is putting lives at risk on a section of the Derry-Buncrana road which has been described as a 'death trap.'

Donegal County Council has been called on to provide safe crossing points on the road through Fahan village which has been described as a 'death trap' due to the speed and quantity of traffic.

There are fears that the large number of young families who live in the area and the amount of traffic that goes through the village will lead to a tragedy.

Fahan resident John Deeney said he has been raising the issue with local councillors for two years, but they have been told that crossing points will be provided as part of the proposed greenway between Derry and Buncrana.

Donegal County Council has been negotiating with landowners on the preferred route corridor for the greenway which will run from Pennyburn in city to the popular Inishowen seaside town.

It is expected that a planning application for the route from Bridgend to Buncrana will not be submitted to An Bord Peanála until later this year.

The section from Pennyburn in Derry to the border at Bridgend was granted planning permission by members of Derry City and Strabane District Council last October.

The issue of road safety in Fahan was raised at a meeting of Donegal Council's Inishowen Municipal District earlier this year and councillors were told that the work would be done in conjunction with greenway works.

Mr Deeney said the construction of crossing points should not be delayed by the greenway, which he said could take many years to complete.

He pointed out that the council had already built new pedestrian crossing points at Ludden outside Buncrana 'on the same road and along the same proposed greenway.'

“There is no reason for the delay in providing safe crossing points for young families and older people in the village,” he said.

“This is not acceptable. They (the councillors) have been told the same thing as two years ago. Nothing appears to have moved on.”

The village is governed by a 60kms per hour speed limit for two kilometres. 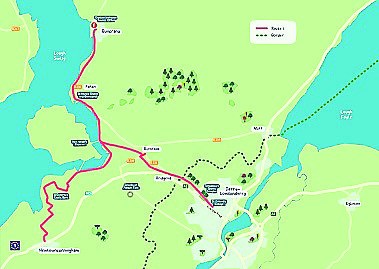 The Derry-Buncrana cross-border greenway will begin in the city close to the entrance of St Columb's College on the Buncrana Road.

Mr Deeney said much of the traffic approaching the village from Tooban in Burnfoot did not slow down sufficiently.

“The road is busy with heavy goods vehicles and the traffic coming from the Derry and Burnfoot direction is coming down the hill at speed, and it is a death trap. We have had crashes on the corner and there is not a safe spot to cross.”

Local councillor Jack Murray said there was 'no reason' the construction of pedestrian crossing points should be delayed due to the greenway project.

“It is a safety issue and it needs to be addressed,” he said.

“It is a very fast and busy road in an extremely built-up area and there should be crossing points there. The whole issue needs to be revisited.

“The greenway should not be an obstacle - even if it does go down that road, there should be ways of creating a pedestrian crossing as is the case at Ludden.”