A group of County Derry residents have hit out at plans to dramatically redevelop a number of wind turbines at a nearby wind farm.

Rigged Hill wind farm is situated in the Drumsurn ward and sits amid a triangle cornered off by Drumsurn, Limavady and Ballerin.

Built in 1994 and run by Scottish Power Renewables, the site is comprised of 10 turbines generating up to five megawatts of renewable power.

A line on the company's website states that, in its current form, the site has consent to operate 'in perpetuity'.

However, a planning application has been submitted to Causeway Coast and Glens Borough Council seeking to decommission the existing turbines and redevelop the site.

New turbines with an output of 29 megawatts and the construction of approximately 4.82km of new access tracks and the upgrade of around 1.75km of existing track is also proposed.

The proposed new turbines will stand at 137m, over two and a half times the height of the existing 57m high structures.

That height proposal has drawn the ire of local residents in Drumsurn, who say the new turbines – when combined with the height of Rigged Hill's summit – will be higher than Benbradagh.

“The height and location of the turbines impacting on the landscape is the fundamental factor of opposition from local residents,” said a residents' spokesperson.

“They argue it will have a detrimental impact on the character of the area. It is my view that the original windfarm was designed in order to blend in with the local landscape.

“Given its location, the newly proposed windfarm will be highly visible throughout the Roe Valley and beyond.”

The residents have also cited potential noise, habitat destruction, home devaluation and the over-industrialisation of the North Sperrins as reasons of opposition.

Consultation has taken place on the planning application, with a number of information days held in 2019, but residents feel more could have been done.

“None of the above windfarms gave consultation to the residents of Drumsurn,” they said..

“The proposed Rigged Hill windfarm gave consultation info days in 2019 in Limavady and Garvagh but not Drumsurn.

“As the community located within the vicinity of the proposed windfarm, residents feel they have not been appropriately consulted or informed. Nevertheless, their opposition is clear.”

A Northern Ireland Environment Agency (NIEA) consultation response to the proposal indicated that there are 12 operational or consented wind farms within a 15km radius of the Rigged Hill site.

With a number of consented single wind turbines also prevalent in the area, the Drumsurn residents feel that the area has 'reached its capacity' for the structures.

“With electricity prices continuing to increase, residents are particularly frustrated given the large volume of wind energy already being created by established windfarms in the local area,” said the spokesperson.

“It is the general perception that this new highly visually invasive windfarm will provide no benefit to local residents.

“The huge number of windfarms being passed in the Roe Valley is explained by the failure of the Planning Department in not conducting accumulative impact studies and instead assessing each windfarm planning application individually.

“The overall impact on the landscape, environment, as well as the actual viability of new windfarms is being ignored.

“It is resulting in windfarms being built in areas where they are not needed. The residents of Drumsurn do not want their locality turned into an industrial zone.”

Within the documentation attached to the planning application is a letter of support from East Derry MLA Maurice Bradley, dated October 5 2021.

“I would like to take this opportunity to register my support for the Rigged Hill Windfarm application by Scottish Power Renewables,” wrote the DUP representative.

“One only has to watch the news to realise that the current methods of producing energy are out-dated and detrimental to our environment and community.

“Therefore, renewable or 'green' energy like Rigged Hill Windfarm are both necessary and welcome.

“It would also be my desire to speak on behalf of the application, if or when it comes before Causeway Coast and Glens Borough Council Planning Committee, should the opinion of planners be of a mind to refuse,” he added.

A further letter from Limavady councillor Ashleen Schenning, dated November 23A 2021, is also attached, with Cllr Schenning indicating her opposition to the proposal.

She included a document sent to her by a 'concerned resident of Drumsurn', making reference to it in the letter.

“I received this document this evening from a concerned resident of Drumsurn,” wrote the SDLP councillor.

“Having read through the document I can see he has done extensive research with some very valid points coming to light.

“I feel it is important the planning committee are made aware of this document when considering the application tomorrow,” she concluded.

Minutes from the Planning Committee held on November 24 2021 show the matter was deferred, with the application also deferred at a meeting on March 24 2022.

With another meeting coming up on August 24, the Drumsurn residents are urging the Council to take a decision in line with the 'public interest'.

“Seemingly, the only beneficiaries are the windfarm companies,” said the spokesperson.

“Aside from the huge profits from increased electricity bills; when a windfarm is required to turn off their wind turbines, they receive compensation in the form of 'constraint payments'.

“With the planning decision soon to take place, the community of Drumsurn have clearly voiced their objection to the controversial new windfarm proposal which will be located on their doorstep.

“The onus is on the Causeway Coast and Glens Borough Council to support or over-ride local public interest,” they added. 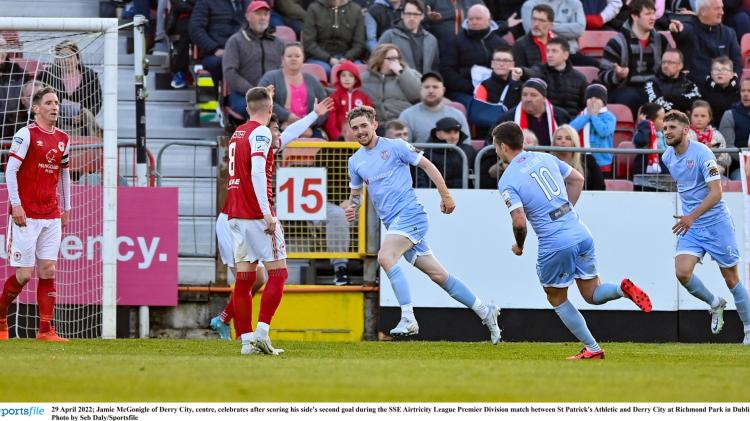