The action is due to last until August 21. 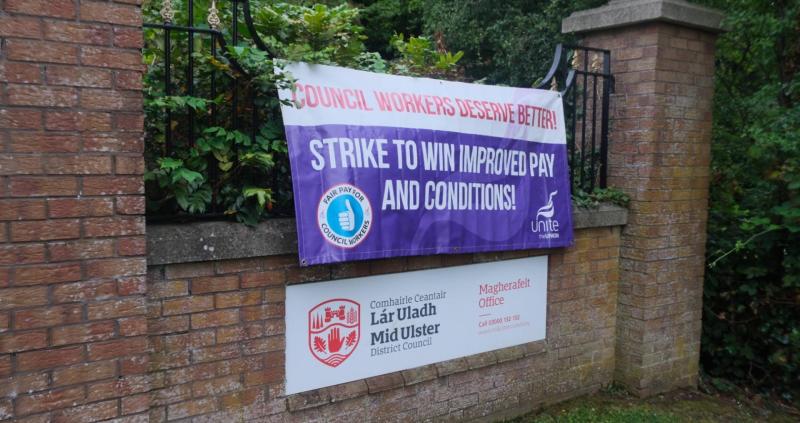 A local council has called on a trade union to suspend its ongoing industrial action and reconsider a pay offer made by the Council earlier in the dispute.

Members of Unite the Union at Mid Ulster District Council began localised action on Monday July 25, with the workers set to continue the action until August 21.

SDLP MLA Patsy McGlone has said the Department are 'failing' his constituency.

It has largely affected bin collection services throughout the District, as well as leisure centres in Magherafelt and Dungannon.

The Council has called on the union to suspend its industrial action and look again at a 4% pay offer that, on top of a national offer, they say will bring about a 10% increase for those on the lowest pay scales.

"The Council’s local proposal would see all staff (excluding the senior management team) move up their existing pay scales by 2 points, and also includes a one-off payment of £500 in recognition of the financial pressures which many face as a result of the cost of living crisis," said a spokeperson.

"An increase of £1,925 from 1 April 2022 is part of the national pay offer which equates to a rise in excess of 10% for those on the lowest scales in Mid Ulster to 4% for most staff on higher scales.

"If accepted, the combined pay awards would see those on lower scales receive projected increases in their take-home pay this year of £27.70 per week to £31.20 per week.

"Both would have to be funded exclusively by the Council and the local proposal in Mid Ulster is by far the most generous currently on offer from any council in Northern Ireland.

"The Council believes it demonstrates good faith and commitment to enhancing and improving staff’s terms and conditions, specifically among lowest paid employees, in an affordable and realisable manner."