The north Derry side go in off the back of a 100% league record. 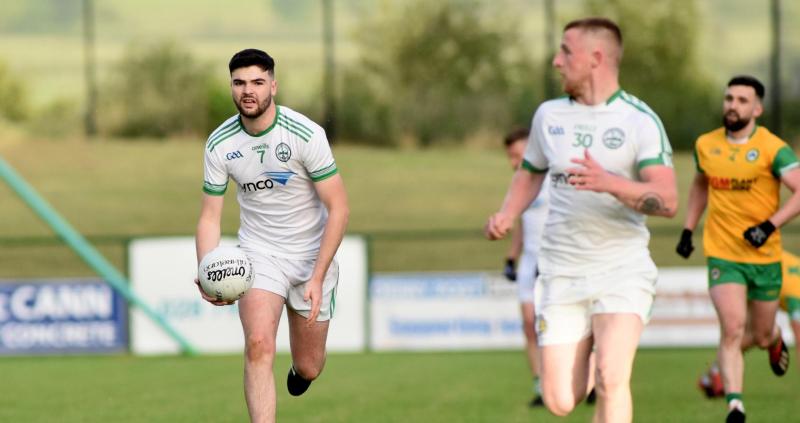 Craigbane would be favourites for this year's Junior Championship. Pic by Mary K Burke.

It’s becoming something of a theme in Derry that the junior championship is as open as any in the country.

This year the two in a row winning, Desertmartin are gone to intermediate off the back of real success at the grade, waiting 53 years for victory and all of a sudden two arrive, London buses and all of that.

The team taking over that favourites mantle, are the team that they beat in the 2020 decider, Craigbane. Flawless through the league campaign winning ten out of ten and maybe more eye-catchingly rounding up with a positive scoring difference of plus 87.

Junior football is not where Craigbane are traditionally accustomed to be plying their trade, it wasn’t so long ago that they were Ulster Intermediate Champions and having a go at senior football.

This team was thought to be in transition and they never do lose their hope in that part of the world, the belief always was that a team was coming but, it would take a few years for them to get there.

They’re starting to arrive now, one name that will stand out to many is Fergal Mortimer, the flame haired forward was part of Derry underage sides that had success and from which have gone on to propel the county to new heights. He’s as good as any in junior football and when it is his day, he’s probably too good for the level.

That being said, it won’t be easy in Group C alongside, Doire Trasna, Ballerin and Magilligan. All three games have the potential to be banana skins along the way.

Ballerin another side accustomed to battles at intermediate level will be hoping for success in the junior ranks. Their league was a mixed bag with five wins, four defeats and a solitary draw. A match for anyone on any given day, they’ll look to Bobby Mullan in the engine room to drive them forward.

Magilligan are one of those funny teams, depending on what Magilligan shows up they can either completely play you off the park or make things very difficult for themselves, they’ve been in and around the top table or the best part of a decade. There is a belief out there that they should have more than one title but, they don’t, yet.

Doire Trasna are tough opposition for anyone, their league was a carbon copy of Ballerin’s, they’ll know that if they can get their full side out they won’t be far away.

With quality such as Eoghan Quigg in their ranks, they’ll challenge. The club is on a real high with the opening of a new pitch and club grounds, a base, a place to call home and they’d love to mark that with silverware, it’s a tough group but, it’s the type of group champions emerge from.

A quick look at Group B; Ardmore, Ballymaguigan, Ogra Colmcille and Moneymore. ‘Quigan are the obvious standout, they went unbeaten in games played through the league winning eight and drawing one before a concession of their final league game away at Craigbane.

You can know without any shred of doubt they’d have been looking down the line at the big prizes when that decision was made.

Elsewhere, it’s great to see a return to the championship for Ogra Colmcille after a few years in the wilderness but, in reality they could struggle.

Ardmore have a star in Karl Doherty an All-Ireland minor winner with Derry and he will be the go-to for almost everything and if he fires, they could upset the applecart along the way. While Moneymore are likely to feel the loss of Callan Bloomer who now plies his trade with Bellaghy.

That leaves Group A and like the two mentioned previously, it’s tasty also with what many would call teams from the middle or chasing pack. Glack have Martin McGonigle, another player who had a look at county football in his younger years, they’ve been over this mountain before and know what it takes, they’ll see a real opportunity to do so. They come off the back of a steady league finishing third and will harbour ambitions going forward.

Sean Dolans made it to last year's final and will be less than pleased with their performance, they’ll set aside a middling league to set their sights on the big one. They have quality in their ranks with the likes of Caoimhin Thompson amongst others and are a match for anyone.

Drum are known to be sticky, while, it will be tough for Doire Colmcille but, there is always the chance of a scalp.

When all is said and done, Craigbane are favourites for a reason. The likely winners will come from them and Ballymaguigan, Dolans and Glack might well have a say.