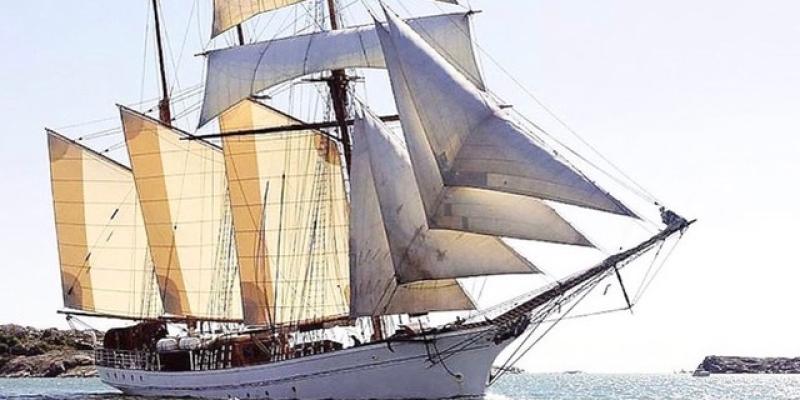 Grace O’Malley, a 164ft long schooner, left Sweden on July 15 with 20 crew onboard

On it's arrival to Ireland, it passes Greencastle to travel along the east side of Inishowen and up Lough Foyle towards Derry.

The ship is captained by experienced and renowned Irish captain Gerry Burns for its maiden voyage across the North Sea, North of Scotland and then on to Derry.

Boats from Lough Swilly and Lough Foyle yacht clubs, along with other local vessels, will meet Grace O’Malley to accompany her up Lough Foyle on Thursday.

The ship will dock along Derry’s quay during the Foyle Maritime Festival, which runs to July 24.

The vessel is named after Gráinne Ní Mháille, or Granuaile, the 16th-century historical figure who had a power base in Connacht and became known as the Pirate Queen.

“It’s a stunning ship and even people who aren’t sailing enthusiasts will be very interested in seeing it,” said Fahan-based Catherine Noone from the Atlantic Youth Trust.

“We hope as many people as possible can come on board over the five days and see what a tall ship looks like for themselves.

Brian, who is a highly qualified and experienced shipping Engineer, has been in Sweden for months working to make Lady Ellen (Grace O’Malley) ready for the crossing to Ireland ☘️⛵️ pic.twitter.com/IgMEqlHdqK

“The Grace O’Malley is a youth development ship for all of the young people of the island of Ireland.

"Young people will experience sailing, teamwork, a change of perspective and also create a pathway to a wide range of maritime careers. This is a project that can truly change lives.

“We want the ship to be as accessible as possible and that is why events such as this are so important in reaching out to young people and giving them their first introduction to life on board a ship.”

For further information on visiting Grace O'Malley, go to foylemaritime.com.