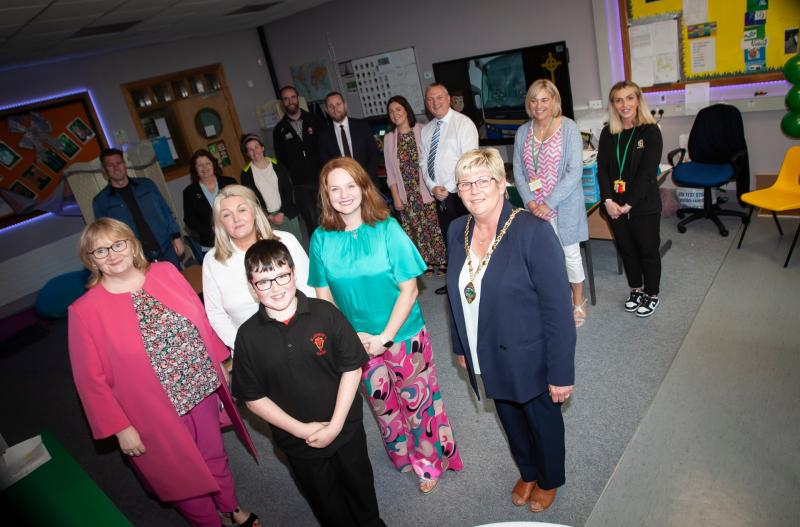 St. Joseph’s Boys School Year 10 student Jack McGuinness stole the show at the official opening of the new ASC (Autism Specific Classroom) when he spoke deeply on his love for the school, the new facilities and what it meant to him and fellow students like him.

The attendance at the end of year event included the Deputy Mayor Angela Dobbins, MLAs and local councillors'.

The Key Stage 3 Autism Specific Classroom, funded by the Education Authority, is a special classroom that will facilitate students with autism who are attending mainstream school but would prefer learning in an autism specific provision.

Those with autism can find going to school challenging as it can be loud and busy for them.

There may also be too many people for them in the school environment and their sensory processing can also affect the way that they learn, making mainstream classes difficult for them.

Speaking after the opening, Fiona Harrigan- Stewart, senior teacher at St Joseph's, said: “At present, we have three pupils. Now we have the capacity for eight pupils.

“It is for Key Stage 3 level students, that’s years eight to 11.  Some of our pupils stay in the ASC all day and complete their learning whilst other boys go out to some mainstream classes with their own class such as for science and other practical subjects and then they will return to the ASC for maths and English, etc.’ 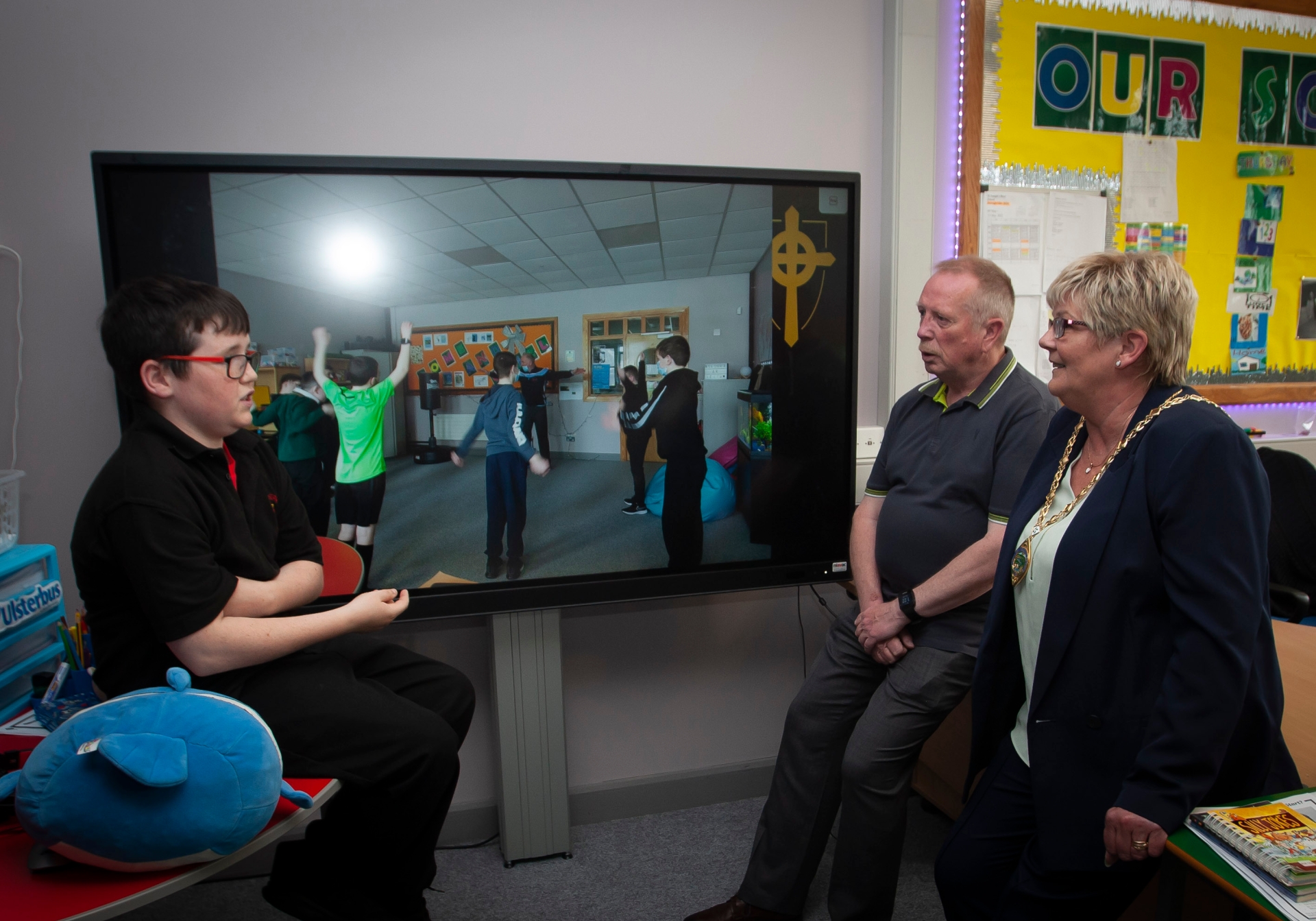 Mrs Harrigan-Stewart added that all the students in the ASC had access to all the subjects provided in the Northern Ireland curriculum and that their work could be differentiated to suit their needs.

“In the classroom we have a kitchen area, work area, arts area as well as a sensory area. Our boys are given experiences of everyday activities such as shopping, library and educational trips to make learning more varied for them and to help improve their social skills.

“They have also begun swimming lessons. We have subject specific teachers such as language teachers that come in and take lessons for a couple of classes so pupils are meeting new staff as well as learning a new subject.”

The school also promotes reverse integration, where other students in the school come into the ASC for drama programmes and golden time.

“The boys really love the ASC and the parents have all remarked how their sons have really progressed throughout the year both academically and socially.’

School principal, Martina McCarron – attending one of her last events as head teacher before retiring – said she was delighted to have the new classroom facility and now officially opened and was assured that this support facility would have major positive impact on the range of support and provision at the school. 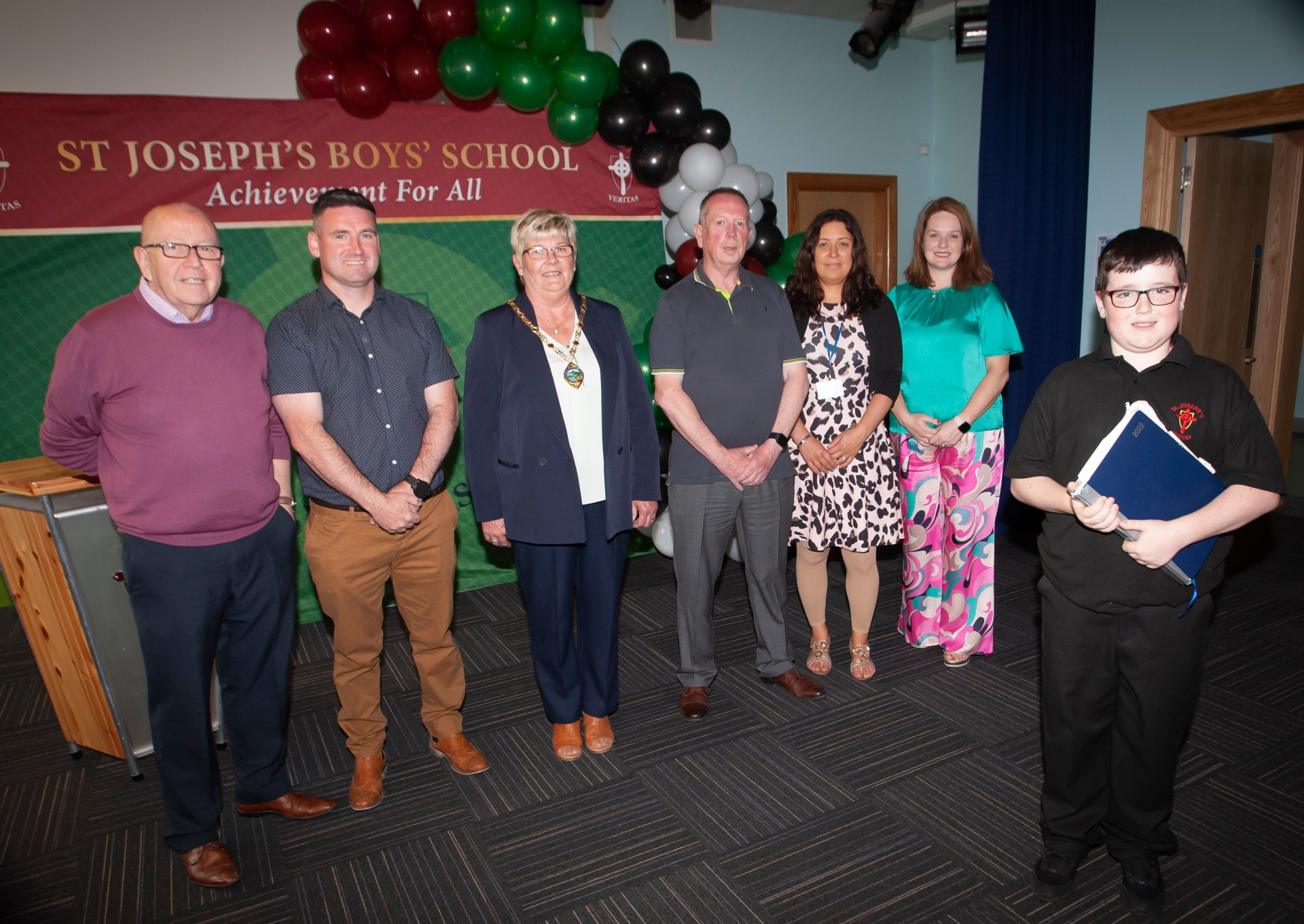 She added: “I would also like to acknowledge the work of staff to provide a safe and engaging classroom everyday where individual needs are acknowledged and nurtured for success.

“We expect to create ASC provision now for Key Stage 4 pupils which will enhance the school support facilities even more and allow appropriate pathways for pupils doing GCSE and other equivalent qualifications. We are proud to ensure that our motto 'Achievement for All‘ is a reality for all pupils and inclusion assured for each and every boy who attends St Joseph’s.

“I am proud of the work that we have carried out to establish this forward-thinking provision which will benefit the boys currently accessing this support and for all the boys who will attend St Joseph’s in the future.”